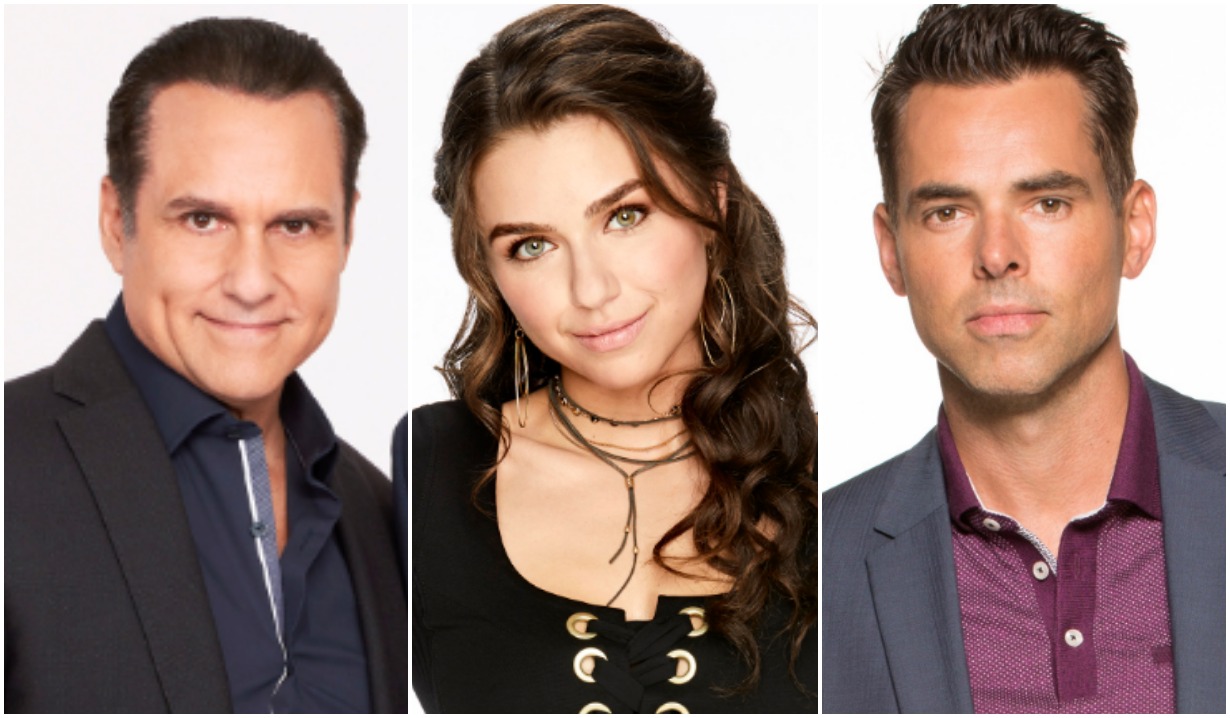 Depending on your tolerance for adorableness, you may not want to read any further. You have been warned.

Consider this Soaps.com article the “Awww!” heard ’round the world. No, seriously, start wrapping your brain around that idea right now. We know you think we’re exaggerating and that our favorite kind of -bole is hyper-. But you haven’t yet seen the photos that accompany the story. Hand to (Daniel) God(dard), they are so freakin’ cute, they could make a puddle of a pile of rocks.

What’s more, the stars whose baby-faced pictures we’ve gathered read like a Who’s Who of daytime’s best and brightest. We’ve got General Hospital’s Maurice Benard (Sonny), The Bold and the Beautiful’s Jacqueline MacInnes Wood (Steffy), The Young and the Restless’ Jason Thompson (Billy) and Days of our Lives’ reportedly soon-to-depart (sniffle) Victoria Konefal (Ciara).

Think you can stand it? OK, read on. But don’t say we didn’t warn you — the squee factor is high!

Whether he was rocking pirate drag or serving school-picture realness, there was no missing the future Daytime Emmy winner’s camera-readiness.

PIRATES OF THE CARIBBEAN♦️ . My mom loved 2 dress me up in costumes, just wait 4 the little girl outfit 👧#boy #mom #embarrassing #tysonfury#throwbackthursday

Come hangout with me! I'll be in NY/NJ 7/7-7/9. Details: http://coastalentertainment.com/events/

Jason Thompson (Billy, The Young and the Restless)

Then he was just a little boy; now he’s a full-fledged leading man who’s dedicated to the idea of, as he put it, “never forgetting where you came from.”

..Never forgetting where you come from.

In 2014, the actress joked that her baby-picture expression was “currently my permanent face.” Lately, having heard that she’s leaving the show, it’s been our face, too. (Heavy sigh.)

Annika Noelle (Hope, The Bold and the Beautiful)

She looks pretty innocent to us. But the ingenue insists that in this #tbt image, she was “chillin’ like a villain.” Maybe Hope’s made for Thomas after all!

When it was the soap-hopping alumna of Loving and Guiding Light’s turn to hit “rewind,” she went “flashing back to the ’70s” with a joyful shot of her self and sibling Pam.

Jordi Vilasuso (Rey, The Young and the Restless)

“When it all started” for the future daytime heartthrob, his hair was done by… “I think it was me,” he admitted, “but probably Mom, too.”

When it all started…photo courtesy of @bob_lasky_photography, hair by , I think it was me, but probably mom too, @alvilasuso, don’t think we had makeup. Love the way we used to shoot in b&w #oldheadshotday

Remember when we said that there were images included in this story that were too cute for words? Here’s one, of the mega-hunk “looking like a Williamsburg hipster/Mr. Bentley”… from The Jeffersons? In any case, yeah, wordless.

#tbt .. Madukes had me looking like a Williamsburg hipster/ Mr. Bentley

Fans of the Port Charles sweetheart — 713 of them at last count — went bonkers when he posted what he sensibly labelled a “kid pic.”

Eileen Davidson (Ashley, The Young and the Restless)

The teenage dream’s photo says in no uncertain terms that she was “always a beach girl.” And if the photo didn’t say it, the caption did.

Jacqueline MacInnes Wood (Steffy, The Bold and the Beautiful)

“Heyyy, baby Jacqui,” the Emmy winner told her age-old self. “Heyyy back,” we can only assume that the picture replied.

If you enjoyed these pics of stars as little ones, you might also dig the below photo gallery of stars who are in it for the long haul, The Young and the Restless cast members and their better halves.