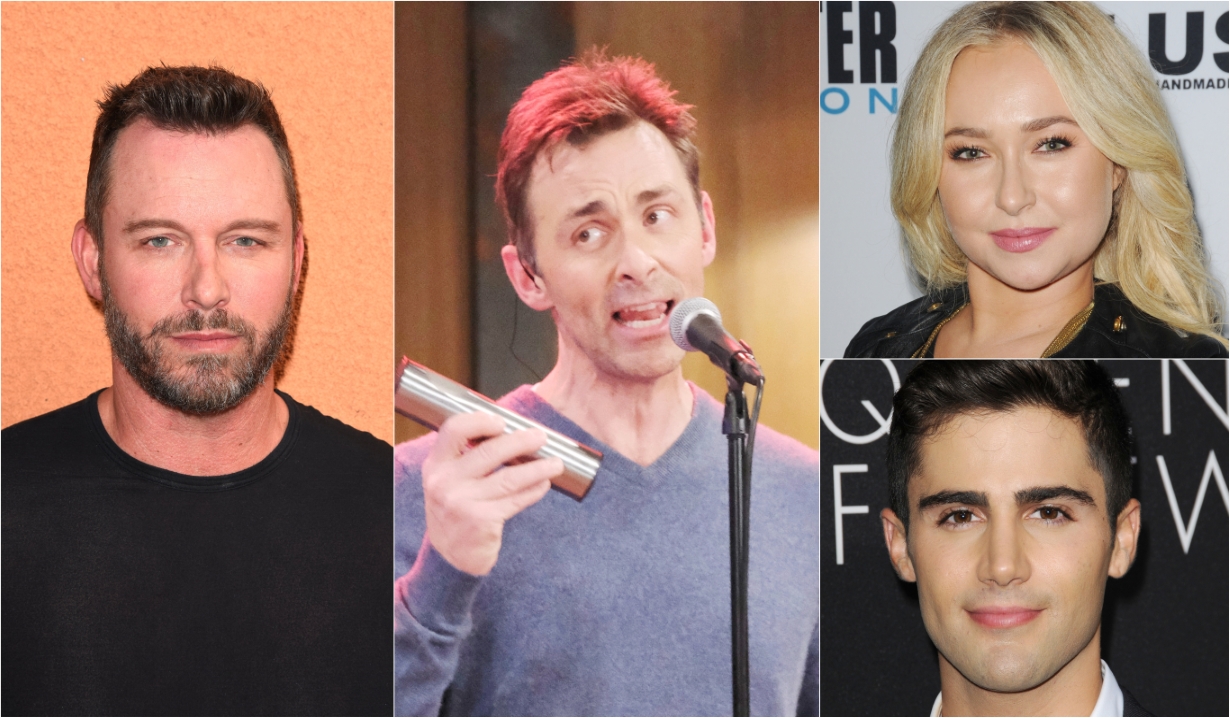 Stay in the loop with the latest news for The Bold and the Beautiful, Days of our Lives, General Hospital, and The Young and the Restless from June 15 – 19 and so much more.

Although Bold and Beautiful went back into production last week, they already hit a snag and had to call shooting to a halt on the first day. Brad Bell shared some information on how intimate scenes are going to be shot while the series is still facing strict health regulations. Meanwhile, Don Diamont (Bill) teased viewers with what’s in the pipeline for his character and Steffy. We think that the show is going to need some seriously shocking twists and comebacks. Find out what the fans want to see before reading our argument for why Sally Spectra should be the next devious villainous. Jacob Young (Rick) waxed nostalgic about his time on the show and had us wishing for his return with Maya. Check out the pictures and videos from the stars of the soap who took part in the 5k walk to raise funds for the Union Rescue Mission. And then read the latest fan fiction about Steffy getting startling news from Thomas. And don’t forget to drop by the Bold and the Beautiful news room for the hilarious face-swap photos of the stars of the show.

Eric Martsolf (Brady) has been keeping busy with his band Counterpoint and they just released a new music video. Watch it in the Days of our Lives news room before taking a look at the mouth-watering photos shared by Stacy Haiduk (Kristen) as well as her special BBQ sauce recipe. Learn how Jen Lilley (ex-Theresa) made a special birthday wish for her husband and then revisit the life of Eve Donovan in honor of the anniversary of Kassie DePaiva’s first appearance as the character. We weigh in on Ben and Will’s bonding and why Ben deserves a second chance. In a touching video, Chrishell Stause (Jordan) gave a wig to her mom while she’s fighting cancer. You can also see how Matthew Ashford helped his parents mark a major milestone. And don’t miss the latest spoiler videos, including Xander getting attacked and Allie giving up her baby for adoption. And Christine is adoring Claire, hopes Jack and Jenn are preparing for adventure, was proud of Brady, and guesses the mob plot is just starting in her Days of our Lives column.

With things still up in the air, the fans are making their voices heard about what they want to see when the action in Port Charles kicks into gear again. Learn what one viewer is wishing for in the latest fan fiction, this time about Nikolas making a mysterious discovery. Alum Khary Payton (ex-Terrell) has come out in support of his transgender son while Kirsten Storms (Maxie) has been showing off a new hobby inspired by her daughter. Take a step back into the past while we look at Dillon Quartermaine and Robert Palmer Watkins, the last actor to play him. James Patrick Stuart (Valentin) celebrated his birthday, which included entertaining some fans with children’s stories and releasing The Apple Tree. Meanwhile, Brooklyn Rae Silzer celebrated nine years playing Emma. We counted down five times that Sonny and Carly’s relationship exploded for good and bad. Visit our General Hospital news room for more fan fiction, this time about Cyrus Renault expanding his war on the Corinthos family.

With a return to action in Genoa City on the horizon, we give our pitch about why Keemo Volien Abbott should make a return. Check out some beautiful photos from Kimberlin Brown (Sheila) as she celebrates her son’s engagement. Feast your eyes on the romantic photos that Max Ehrich (Fenmore) shared of himself with girlfriend Demi Lovato and her lavish mansion in the Hollywood Hills. Take a look inside the Newman family and then read the latest fan fiction, this time featuring Victor interviewing someone with a surprising connection. See which stars from the soap participated in a video to honor Juneteenth and then learn the first thing that Donny Boaz (Chance) wanted to see when he recovered from laser eye surgery. Visit our Young and the Restless news room for more.

The stars from CBS’ The Talk will be doing the hosting duties for the Daytime Emmy Awards when they are televised. We offer some predictions on who might win at this year’s ceremony. Who do you want to see take home a trophy? You might not be able to vote for the Emmys, but you can cast a ballot in the 14th Annual Sudzies Viewers’ Choice Awards. Take a look at some images of the Bel Air Mansion of one of the stars of Real Housewives of Beverly Hills as it goes on the market. Former Guiding Light and Nashville star Hayden Panettiere has left an allegedly abusive relationship. Count down twenty former real-life soap couples. And be sure to visit the Soaps.com news room for the schedule to Hallmark’s Christmas in July.