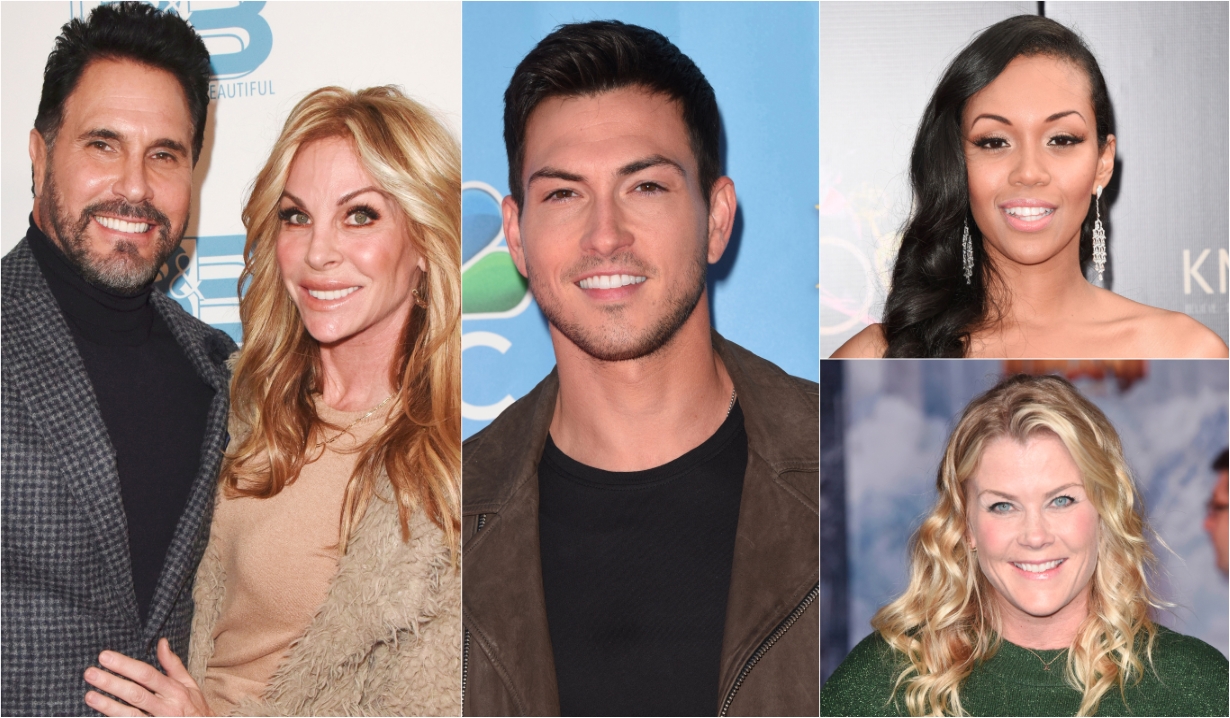 Don’t miss a beat as we bring you all the latest news for The Bold and the Beautiful, Days of our Lives, General Hospital, and The Young and the Restless from June 8 – 12 and so much more.

In the Bold and the Beautiful news room, you can see how Don Diamont (Bill) and Cindy Ambuehl celebrated their eighth wedding anniversary in style. Then run down nine times that his character has crossed the line to do something dastardly. Have you been thinking about who you would like Ridge and Brooke to be with when the show returns with fresh episodes? Vote in our poll to let us know what you want to see.

Linsey Godfrey (Sarah) shared some adorable images in celebration of her daughter Aleda’s sixth birthday. Check them out and then find out how Sarah wants to take her revenge plan to the next level. Judging by the latest spoiler video, this will include her getting naked with Brady. How will Xander feel about that? Learn why we hope that his new friendship with Jack will help him through this difficult time. Meanwhile, Lani and Eli have to make a hard choice about their wedding and Ben is in a hurry to pick a best man for his. In an exclusive interview, Robert Scott Wilson (Ben) tells us about the wedding ahead and the wild storyline twists that will follow right after it. Get even more hints about what’s to come in Salem with spoilers about Allie’s return to town and the secrets she’s keeping. Read some background on Lindsay Arnold, the actress who has taken over the role of Lucas’ SORAS’d and troubled daughter. Then be reminded of five shocking moments from Lucas’ dramatic history. We wish that Dr. Mike Horton would return to mix things up and then ponder if Gabi Hernandez is a bad girl worth cheering for, or just someone we love to hate. However, we’re sure that Nicole Walker has been too tame for far too long. Judging by the summer spoiler video, that could come to an end soon since Sami comes back and attacks Nicole on her wedding day. Let us know which summer wedding you think is destined to end in a dreary way before learning about Judi Evans’ (Adrienne, Bonnie) harrowing medical ordeal that nearly ended with an amputation. In the Days of our Lives news room you can also learn who will be there to help Rafe cope now that his life is falling apart. And Christine isn’t enjoying Ben and Jake’s bromance, thinks Shawn and Belle may be the worst parents ever, and is looking forward to more trouble from Allie in her Days of our Lives column.

In the latest General Hospital fan fiction, Dante returns to Port Charles for Mike’s funeral but soon winds up in an encounter he was not anticipating. We argue that when the show comes back from hiatus, whether it should reveal if Jason is actually Michael’s biological father. Read our case for why Helena should come back from the dead again. Revisit the history of Joss Jacks as Eden McCoy celebrates her seventeenth birthday. Then watch a touching video of Maurice Benard (Sonny) officiating at the wedding for his daughter and throw your support behind your favorite couple as we weigh up the pros and cons of Alexis being paired with Neil or Julian. Then cast a vote in our General Hospital news room for whether Finn should marry Anna or reunite with Hayden.

For National Cancer Survivors’ Day, Michelle Stafford (Phyllis) shared a photo of her sister. Meanwhile, John Enos (ex-Bobby; Days of our Lives’ Roger) revealed face stitches that were the result of his recent brush with skin cancer. Daniel Goddard (Cane) updated fans on his status as he finally became an American citizen. Cait Fairbanks (Tessa) and Zach Tinker (ex-Fenmore) shared security video of a scary situation that ended in a hilarious way. Judith Chapman (Gloria) addressed rumors that her character may be returning to Genoa City. Young and Restless alum Hartley Sawyer (ex-Kyle) was fired from his new job for posting inflammatory tweets. Tracey Bregman (Lauren) has filed a million-dollar lawsuit against her insurance company for not covering damages caused by fire. And fans are sick of Victor and Adam’s endless feud, but will this end when the show returns? Find out what else viewers wish they were watching with the latest fan fiction. This week, there is an unplanned pregnancy, a breakup, a shock for Jack, and some unexpected romance in Miami. Be sure to visit our Young and the Restless news room to revisit eleven sex scenes that happened in unexpected locations.

Television production has been given the green light to resume with some tight regulations. Find out how this might affect the soaps and then learn how some fans are calling on soap operas to represent the black community. With the Daytime Emmy Awards right around the corner, we give our predictions on which soap will win best drama series and who is most likely to take home the top prizes in the acting categories. Soap stars are celebrating their kids’ graduations and the end of homeschooling while Alison Sweeney (Days of our Lives’ Sami) and Mishael Morgan (Young and Restless‘ Hilary, Amanda) have welcomed new additions to their families. Take a look at twenty-three ground-breaking soap opera characters and moments in LGBTQ+ history. And visit the Soaps.com news room for twelve real soap scandals that made the shows’ storylines seem tame. 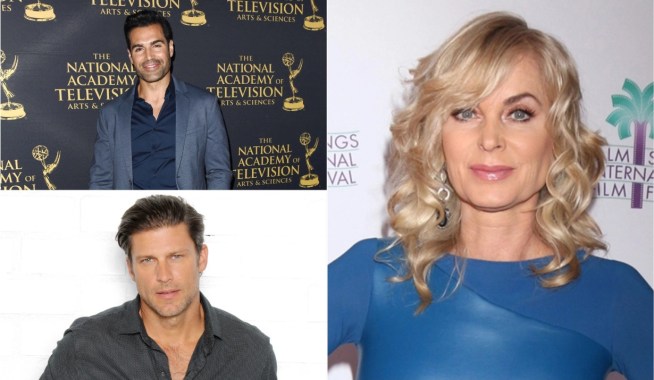 Eileen Davidson, Greg Vaughan & Jordi Vilasuso All Have Something in Common 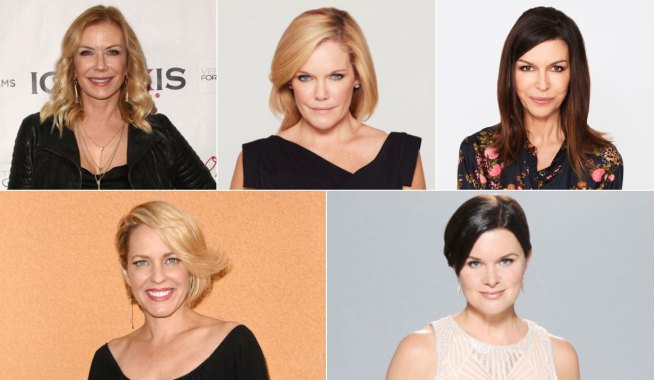