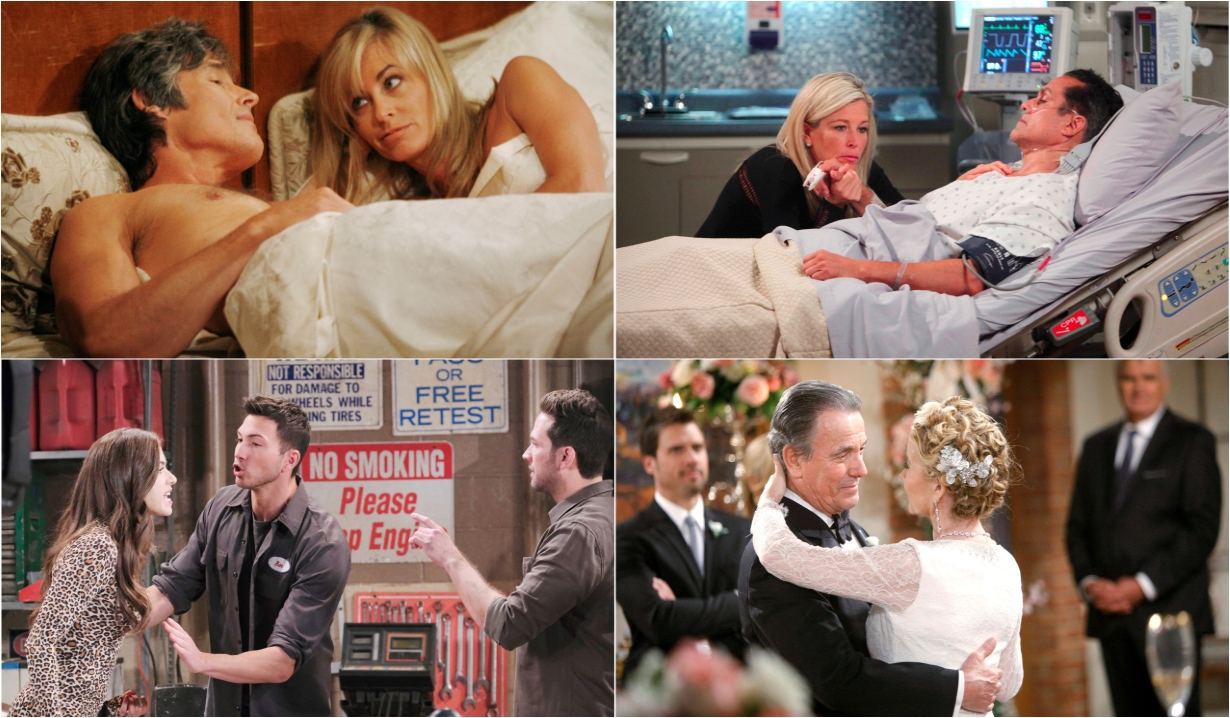 Sample what’s in store as we bring you spoilers for the week of June 15 – 19 for The Bold and the Beautiful, Days of our Lives, General Hospital, and The Young and the Restless, plus Days spoilers from June 22 – 26.

The Bold and Beautiful cast is tightly interwoven with their CBS sister soap as major Young and Restless characters play crucial roles in the historical episodes airing this week. See some of your favorite faces from Genoa City thrown into the action as Eric ends up in the crossfire in Lauren’s war with Sheila. Then watch Brooke bring Victor Newman to town to try and make Ridge jealous. Feast your eyes on how Taylor reacted to her husband making a scene over another woman and then be reminded of why Eric was so shocked when the Trust vanished from the company safe after Kay Chancellor delivered some startling news. And revisit Christmas Eve of 1998 as Jack Abbott appears on the scene to face the Spectras and the Forresters competing for a deal with Jabot. Read Bold and the Beautiful spoilers to find out why Brooke is complaining about Ashley Abbott.

Desperate to make a good impression, Claire attempts to convince Ciara that she wants to make up for her nasty past. She even offers Ben and Ciara some useful information to garner their sympathy. Meanwhile, Gabi is hoping for some pity at least, but it’s not looking good for her. As Eli and Lani run around Salem attempting to track her down, Ben and Marlena head to Bayview to find Gwen. Working with Jake, Ben tries to get Gabi free, but Jake isn’t going to feel any relief now that he has Gwen in his life again. And Sarah remains determined to get more revenge on the people she thinks have ruined her life and she wants Brady to help her do it. Read Days of our Lives spoilers to discover what Nicole asks Allie.

This week’s historical episodes offer a few of the highs and lows of Sonny and Carly’s relationship over the years. This kicks off with the frequently feuding couple reuniting. All the intensity of the Metro Court hostage crisis brings them back together and reminds them of how much they love each other. But the reunion hits plenty of bumps. After Sonny goes off his meds, he starts to spiral out of control and Carly tries to bring him back from the edge. Such flirtations with disaster continue as she later prays by the side of his bed while he clings to life following a gunshot wound. But even this bond gets tested after Morgan dies and the mobster lashes out at his wife over the loss. Check out our General Hospital spoilers to find out the impromptu setting for one of their re-marriages.

It’s a week full of classic weddings for the residents of Genoa City. See some celebrated couples walk down the aisle spanning from 1990 to 2013. First up, Nikki is annoyed to watch Nick and Sharon tie the knot. But the conflict she feels about it isn’t quite as intense as Cricket’s mixed feelings for Paul and Danny. Relive Cricket’s tropical wedding to Danny and the marriage ceremony for Malcolm and Olivia. But weddings aren’t always happy days. Nick’s wedding with Phyllis faces some serious problems and there is danger afoot for Nikki and Victor as they get married again. Visit The Young and the Restless spoilers to see who reunites with some old friends. 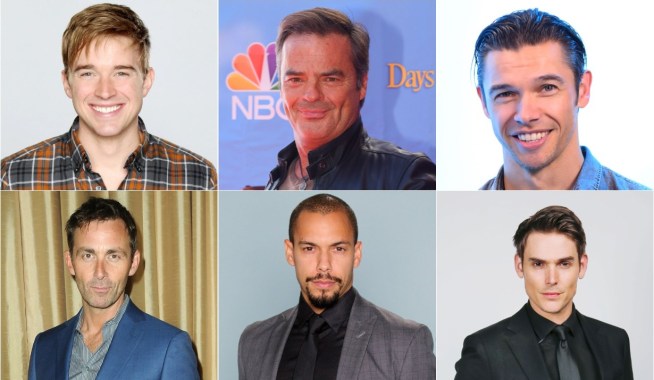 Remembering Guiding Light’s Christopher Bernau — & His Complex Character, Alan Spaulding — on the Anniversary of His Death 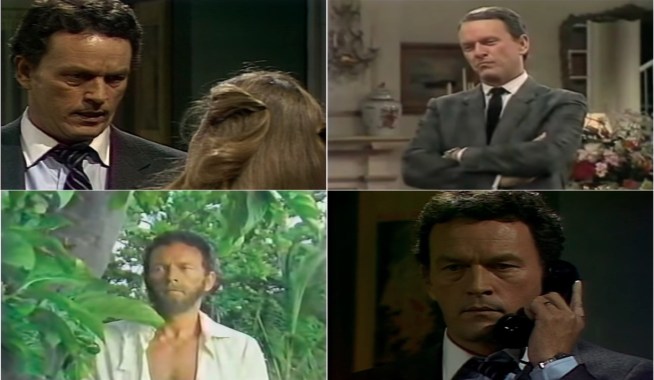