Change is needed both onscreen and behind-the-scenes.

After CBS made a social media post in support of the Black Lives Matter movement, some soap opera viewers called for the network to back up the sentiment with action when Bold and Beautiful and Young and Restless return with new episodes.

Because soaps reach into homes across America daily, they can contribute to promoting these important words, #BlackLivesMatter by developing & featuring all their black characters more fully. Make it happen!! @YandR_CBS @YRInsider #YR https://t.co/YFwtKXvv8D

The lack of diversity on soap operas has been an ongoing problem as black people remain under-represented both onscreen and behind-the-scenes. One actress who has confronted the issue in the past is Young and Restless alum Victoria Rowell, who sued CBS/Sony after leaving the show and spoke out on behalf of actors, while also calling for more black writers in daytime. Rowell’s Drucilla Barber Winters, who is presumed dead, is one of the show’s most missed characters.

Among the most frequent observations about black characters on soaps is that they are often relegated to supporting roles, often in what are supposed to be their own storylines. An example is Young and Restless’ Devon Hamilton, who became a background player in the story of his fortune being stolen, while white characters took the lead in solving the mystery. General Hospital’s Brytni Sarpy was recruited to play the part of his love interest, Elena Dawson, after his wife was killed off (Mishael Morgan’s Hilary Curtis), and Morgan was brought back as a new character, Amanda Sinclair, yet there’s been little in the way of story for any of them, and the ladies’ backgrounds haven’t been fleshed out. Christel Khalil returned as Lily Winters, and though she’s heading up a division of Chancellor Industries, she doesn’t have a storyline either.

This show has constantly dropped the ball with BLACK CHARACTERS! They don’t know what tf to even do with them at this point & not only is it sickening & embarrassing but disappointing! Where is the representation!? Where is our front burner story!? #YR

Though Bold and Beautiful has featured black characters in prominent storylines, there aren’t any in front-burner storylines at present. A former writer on the show, Patrick Mulcahey, took to social media to shed light on his experiences writing for blacks in the soap genre and urged advocacy at the network level. He described his disappointment when the network nixed material he had written for Obba Babatunde’s Julius Avant regarding his backstory for fear it was stereotypical, and concluded, “So maybe you can see how writing black characters in daytime can be exhausting. The net consequence is to play it safe to avoid constant endless disputes, which renders Black characters antiseptic, their human edges sanded down, and relegated to the fringes, because that’s the most friction-free way to write them.”

1/ Been fighting and losing this battle since “Santa Barbara” days when I lobbied for a role for @WendellPierce, whose work and talent

Days of our Lives and General Hospital typically feature several black characters at any given time, sometimes in front-burner storylines, as with Days of our Lives Eli Grant (Lamon Archey) and Lani Price (Sal Stowers), but there is a lack of representation for people of color and LGBTQ persons overall that extends to all four soaps. Feel free to browse the attached gallery to look back on some memorable black soap characters over the years.

For more soap opera news, be sure you’re signed up to recieve Soaps.com’s newsletter, which will be delivered straight to your inbox. 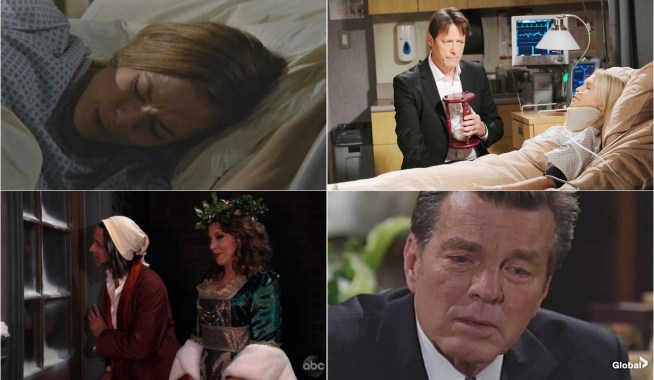 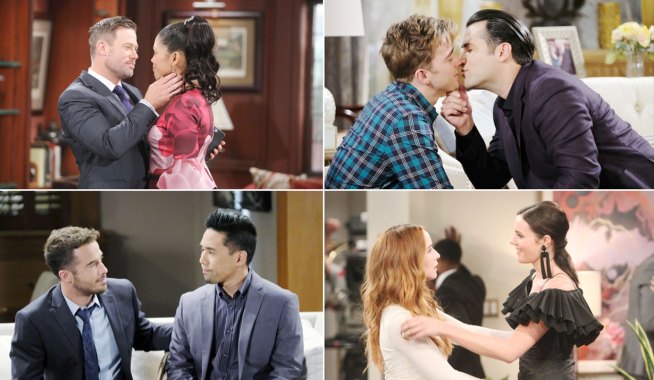