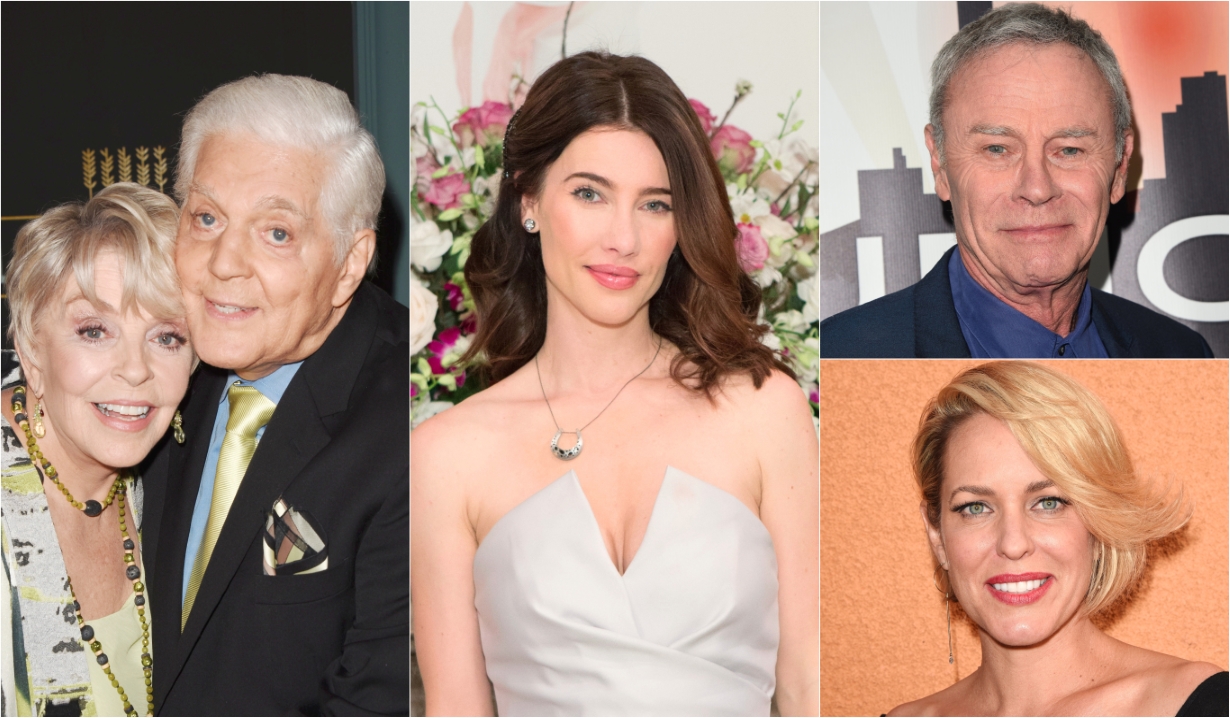 Stay on top of the latest news for The Bold and the Beautiful, Days of our Lives, General Hospital, and The Young and the Restless from June 1 – 5 and so much more.

In the Bold and the Beautiful news room, we celebrate the twelfth anniversary of Jacqueline MacInnes Wood playing Steffy Forrester. Relive some of her greatest moments before reading what we hope will happen when the show comes back on the air and what is likely cooking.

Summer is here and the canvas is getting a little more crowded as Lindsay Arnold joins Days as a rapidly aged Allie Horton. Maybe she can ask Thaao Penghlis (Andre) for some advice about how to delve deep into her character. The actor opened up about the secret to playing Andre and his recent Daytime Emmy nomination. Susan Seaforth Hayes (Julie) talked about her new novel and the storyline that she’d love to see for her character and Doug (Bill Hayes). Hayes celebrated his ninety-fifth birthday and we commemorated that impressive event by looking at five memorable moments for his character. Arianne Zucker (Nicole) celebrated her forty-sixth birthday and we counted down nine things you might not know about her. We already know that Claire is a troublemaker, but will she have changed her way when she comes back to Salem? We weigh in on that and look at some of the latest spoilers, including Claire’s connection to Jake, Xander’s ongoing begging, and the disturbing news that Rafe has received about David. And watch the weekly spoiler videos, one features Allie telling someone about her pregnancy. With Will’s exit coming up, Chandler Massey discussed why he thought it was the right time to leave and whether his character might return. We weigh in on why Orpheus is the villain that the show needs right now. How does he compare to the DiMeras? Read our inside look at the family history of those supervillains. Visit the Days of our Lives news room for the latest fan fiction, featuring Roman spending some time with Hattie and Brady gets surprise visitors. And Christine has been missing Will and Sonny’s friendship with Gabi, thinks Brady and Sarah are stupid, loved Abe and Kate’s meeting, and says Marlena was played in her Days of our Lives column.

Rebecca Herbst (Liz) celebrated seventeen years of marriage to Michael Saucedo (ex-Juan). They were not the only couple celebrating either. Drew Cheetwood (Milo) sent a special anniversary message to his wife. Tristan Rogers (Robert) celebrated his seventy-fourth birthday and we count down eleven things to know about the veteran actor that might take you by surprise. We’re hoping for some surprises when the soap comes back on the air, but there are three major plot points for Port Charles that we want to see cleared up right away. We also float the idea that it’s time for Jason to move on from Sam and suggest who it should be with. Find out who the lucky lady is before reading some fresh fan fiction about Duke Lavery holding Julian at gunpoint in our General Hospital news room. And we ask if Alexis should get her law license back or look for something new.

There’s good news. Bold & Beautiful and Young & Restless are gearing up to go back into production. We think that there are three urgent questions that need to be answered when the action in Genoa City kicks back into motion. It’s also about time that it was revealed that it wasn’t Adam who killed Delia. Vote in our poll about whether you prefer Shick or Phick and then read our list of eleven unexpected pairings that we’d like to see. Get a rundown on Justin Hartley’s (ex-Adam) new girlfriend Sofia Pernas (ex-Marisa) and the details on Loren Lott (ex-Ana) running from police gunfire in our Young and the Restless news room.

Get breathless by revisiting ten unforgettable soap opera sex scenes. Then run through our list of eight sinister and sexy soap villains who have charm and criminal urges in equal measure. Speaking of soap villains, Vincent Irizarry, who has played more than his share of them, received a message from his girlfriend on their anniversary. Learn which soap opera characters have managed to survive more than a few deaths before revisiting some of the most unforgettable soap weddings, including some bizarre ones. Discover which stars were sharing photos from the Black Live Matters protests and who supported Blackout Tuesday. Then learn which ones have some surprising side jobs that keep them busy when they are not acting. Get a reminder of which characters have managed to dodge prison time before counting down eleven actors who have been arrested in real life. In sad news, As the World Turns alum and new mother Marnie Schulenburg (Alison) has received a grave cancer diagnosis. And Guiding Light alum and Emmy-winning writer Mary Pat Gleason has died at the age of seventy. Visit the Soaps.com newsroom for more.