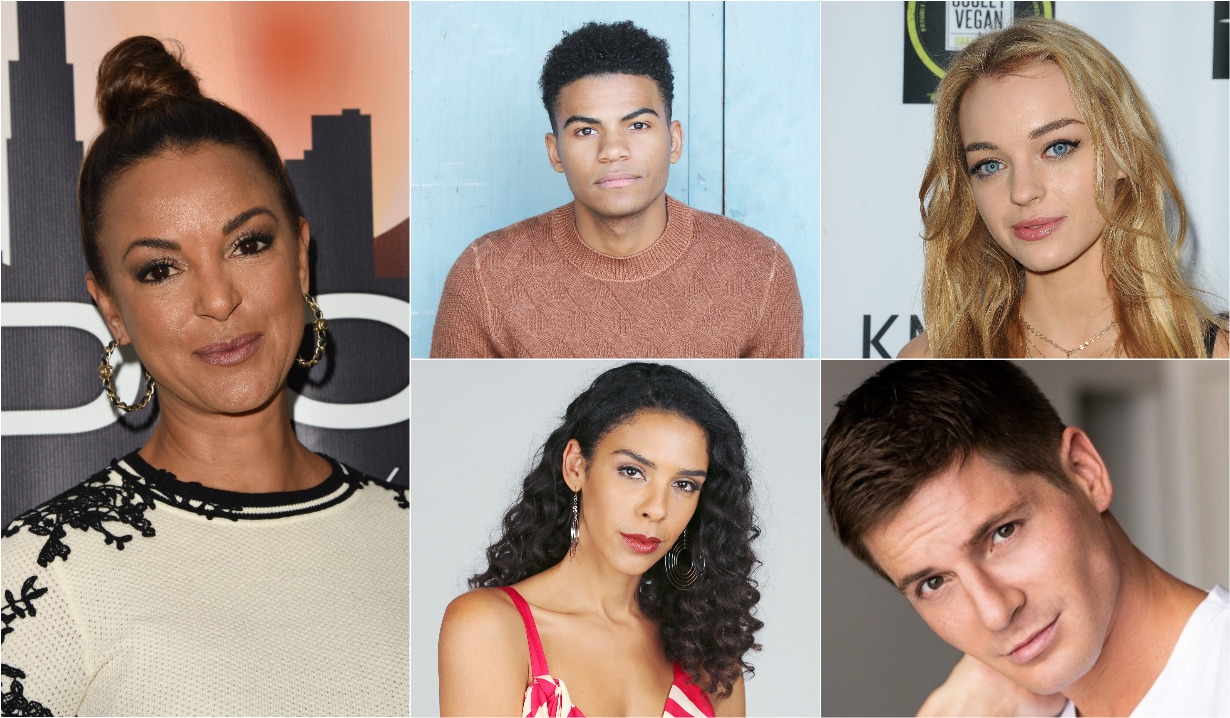 While many soap actors have been speaking out about racial injustice online, others have joined the protests happening in Los Angeles and elsewhere and have been sharing their experiences on their social media accounts via photos and videos. Young and Restless’ former Ana Hamilton, Loren Lott, ran from gunshots during a peaceful protest on June 3, which her mother also attended. Many others have participated in information sharing online and in the June 3 peaceful protest that involved holding up flashlights at 9:00 PM for 8 minutes and 46 seconds – the amount of time George Floyd had a knee on his neck before dying.

Olivia Rose Keegan, known for her Daytime Emmy-nominated role of Claire Brady on Days of our Lives, took to the streets with a friend and shared a photo of them holding up their signs as well as a video clip of posters being made along the sidewalk.

Powerful and peaceful protest in Hollywood🖤 Link in bio with many ways you can help. #blacklivesmatter

Days of our Lives alum Victor Webster, who portrayed Nicholas Alamain in 1999, and also appeared on Sunset Beach as Roger from 1998 – 1999, has been chronicling the events in downtown L.A. with video and stated, “Another day of peaceful protests in DTLA. Thousands and thousands of people spread over 4 city blocks. Messages of hope and change, of pain and disappointment, all people working together to create the change we so desperately need.”

General Hospital’s William Lipton (Cameron Webber) put up a photo of himself wearing a face covering and holding up a sign, as well as one of his fellow protesters and their messages, alongside three black hearts.

Robert Palmer Watkins, whose stint as Dillon Quartermaine on General Hospital ran from 2015 to 2017, shared a video of himself marching peacefully alongside other protesters. He used the caption, “Stand. #BLM.” Watkins also explained he appreciated the props followers were giving him, but, “I’m just a human out here ‘trying’ to understand and trying to stand up for what’s right.”

#BLM…..I’m adding to this post. I posted this pic earlier and as much as I appreciate the congratulations and the props y’all are leaving in the comments, that’s not what this post is about nor am I worthy of any type of congratulations. I’m just a human out here “trying” to understand and trying to stand up for what’s right. I’m also late to the protesting. It’s day 6 and I just now physically went out there today and marched. Shame on me and shame on all of us for not taking action sooner. I’m really proud of what I saw today. I’ve always stood for this cause…but have I really stood? Am I even standing now? All I know is that I’m here and I wanna learn. I wanna be on the RIGHT side of history. I know there’s no way for me to ever fully understand what this all means…but I’m damn sure trying. We are all humans and it’s crazy that some of us are still fighting for basic human rights.

Please come along with me tomorrow night when I join #BerniceKing for her #OnlineProtest as we work together to move the needle for #justice https://t.co/L3aA4qmyzn

Eden McCoy, who plays General Hospital’s Josslyn Jacks, shared a photo from the Hall of Justice in downtown L.A. where she went for “a beautiful, peaceful & organized protest.” She went on to say, “I LISTENED to powerful, sad, but determined voices. it was inspiring & unifying. there is hope here. I saw it for myself.”

i went to the hall of justice downtown LA for a beautiful, peaceful & organized protest. i LISTENED to powerful, sad, but determined voices. it was inspiring & unifying. there is hope here. i saw it for myself. pic.twitter.com/0JEPpBUu3y

Young and Restless alum Noah Gerry (Charlie Ashby) shared a photo of himself at a peaceful protest carrying a sign that stated, “Stop the killings.” His caption was simply, “Black lives matter.”

Eva LaRue, who was just nominated for a Daytime Emmy for her portrayal of Young and Restless’ Celeste Rosales, and who is known for her role of All My Children’s Maria Santos, was also out to protest and wore a face-covering with the words ‘Be Love’ on it. The actress urged, “Stand In Support Wherever You Are, No Matter The Size of The Crowd. Stand on Your Corner and Make Your Voice Heard.”

Stand In Support Wherever You Are, No Matter The Size of The Crowd. Stand on Your Corner and Make Your Voice Heard🎉☮️ #Everyvoicecounts #peacefulprotest #justice #equality #oneplanetonepeople 🖤🌎

Another Young and Restless alum, Alice Hunter, who appeared as Jack Abbott’s (Peter Bergman) last love interest, Kerry Johnson, in 2019, was part of the Los Angeles protests and shared video of the massive crowd assembled beneath the palms chanting.

‘Grey’s Anatomy’ Recap: Amelia Confesses She ‘Hated’ The Life She Was Living With Link

Adele’s ‘Easy On Me’ Is the Most-Added Song in Radio History, Plus More Record-Breaking Stats

Joe Biden, At CNN Town Hall, Gets Into the Nitty Gritty Reality Of Where Things Stand With Build Back Better Agenda: “It’s All About Compromise”