Industry given the nod by Los Angeles County officials.

Updated June 12: According to Variety Los Angeles County has set forth regulations for TV and film upon resuming production. Though those in question are allowed to resume production as soon as today, the outlet stated that the beginning of production probably wouldn’t happen until July or August. Of the regulations that would likely pertain to the four soap operas Bold and the Beautiful, Days of our Lives, General Hospital and Young and the Restless, some of the mandates go as follows… cast and crew must wear face coverings, of which only those essentially involved in scenes will be permitted on set. If they cannot wear them, all must practice social distancing and stay eight feet apart – crowd scenes are discouraged. Actors should wash hands before and after scenes, extended contact is discouraged, such as fight scenes and sex scenes, and actors need to stay as quiet as possible to avoid the spread of droplets. We will continue to keep readers updated with developments.

On June 11, The Star has reported that longtime British soap Emmerdale is resuming production. Episodes of the hit show currently airing were filmed as part of a test run during lockdown using advised safety methods. These included temperature checks, the crew lived together in isolation, the cast did their own hair and make-up, and everyone stayed six feet apart while filming. The test during lockdown went so well that they are resuming regular filming of the show. As previously reported, Australia’s Neighbors resumed production in April. Both shows could be models for how Bold & Beautiful, Days of our Lives, General Hospital and Young & Restless in the United States might resume production.

On June 10, we reported that though the state of California gave the green light for television production to potentially resume on June 12, L.A. County, where Bold and Beautiful, Days of our Lives, General Hospital, and Young and Restless are filmed, was a holdout pending clearance from Los Angeles County Public Health. Today, Director Barbara Ferrer confirmed that TV production can begin Friday June 12 with safety protocols in place, according to Deadline. Stay tuned for continuing details as they become available.

On Friday June 5, Variety reported that television studios could resume production as soon as June 12. The state of California gave the green light, though details from unions and county public health authorities will still need to be worked out. Stay tuned, as we’ll update with any further details surrounding Bold & Beautiful and Young & Restless’ production, as well as that of Days of our Lives and General Hospital.

Hollywood has submitted a twenty-two-page white paper to New York Governor Andrew Cuomo and California Governor Gavin Newsom on safety measures to enable re-opening and resuming the production of films, streaming productions and television programs. New York and California are the states with the highest level of domestic film and television production. The proposed precautions to be taken include limiting face-to-face contact as much as possible. It advises cast and crew to practice physical social distancing whenever possible. It also advocates for regular, periodic testing of the cast and crew to mitigate the risk of the spread of the virus. The safety document also calls for the use of regular cleaning, protection and prevention that other industries have already implemented in order to reopen. It also includes special provisions and measures for minors, animal performers, and craft services. It suggests avoiding location filming as much as possible and discourages live studio audiences. Finally it proposes that a virtual writers’ room, such as over Zoom or another platform, will become the new normal for the time being.

More: Three questions to be answered when Y&R returns

Deadline reports there has been no word if the governors have read the safety document yet. The proposal is also being sent to regional officials and offices, including the Los Angeles County Department of Public Health. It is expected that production in the hot spot areas of Los Angeles and New York City will require several more steps in order to resume filming.

Currently, Days of our Lives is the only soap opera that has enough pre-produced episodes to continue airing, but they are only projected to last until August or September. All four major soap operas shut production down in March. Flashback Fridays were implemented by Bold & Beautiful, Young & Restless and General Hospital in an attempt to stretch the remaining episodes as long as possible. 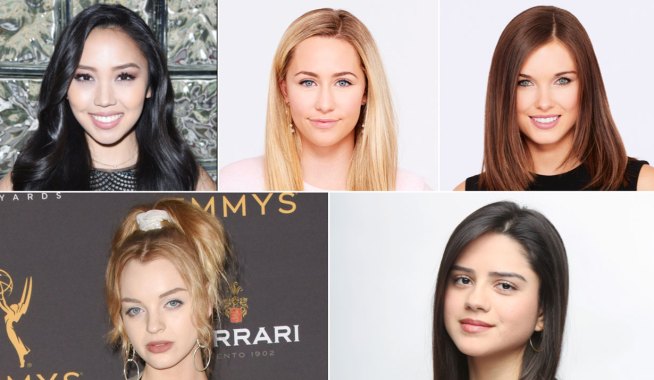 Soap Stars Celebrate Their Kids’ Graduations — & the End of Homeschooling 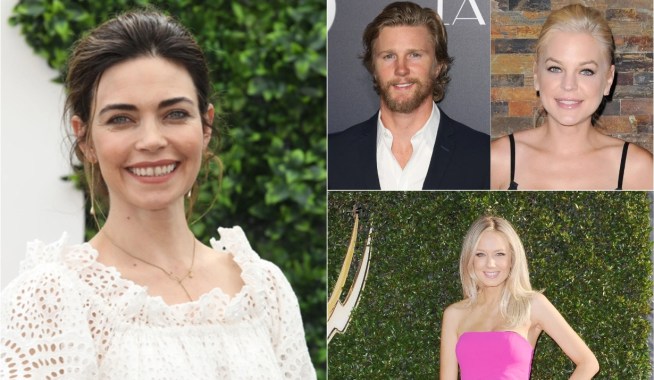