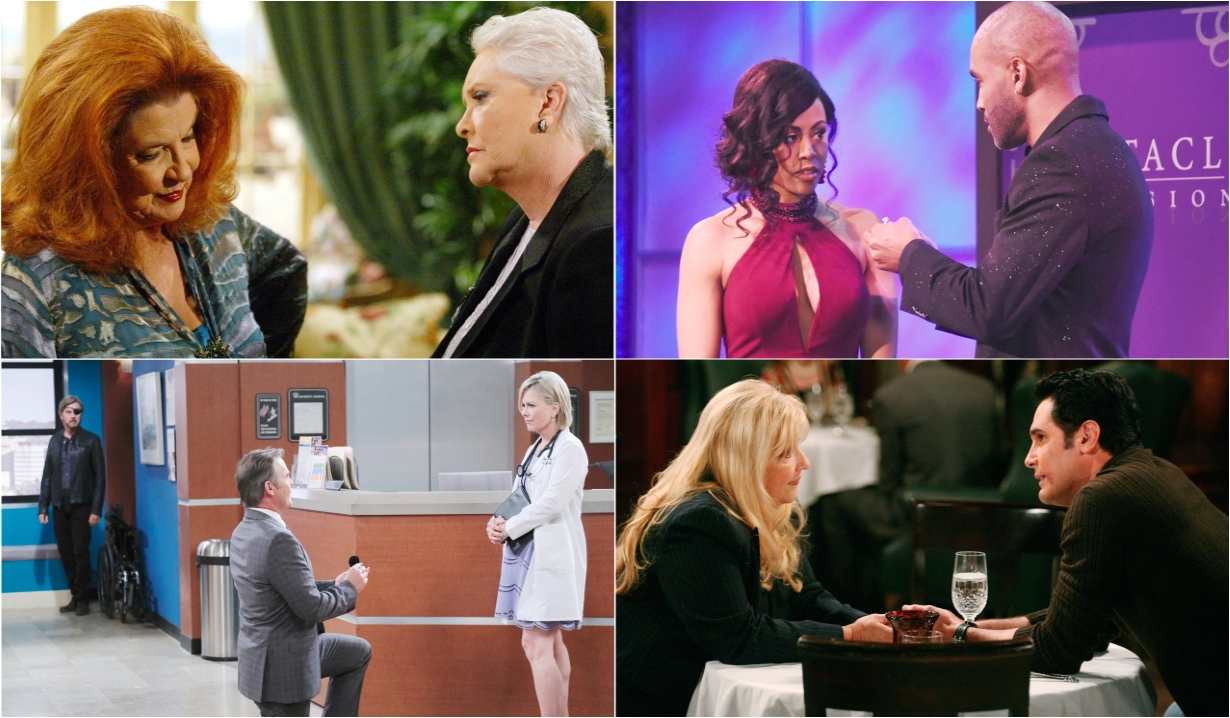 Find out what’s going down for the week of June 1 – 5 on The Bold and the Beautiful, Days of our Lives, General Hospital, and The Young and the Restless, plus Days spoilers from June 8 – 12.

This week’s trip back into Bold and Beautiful history will be one that highlights some of the more extreme rivalries that have dominated the soap. Tune in to see Sally go after Stephanie when the Forrester matriarch trashes her in the press. While one of them winds up all wet, things could get a lot more serious when Sheila shows up on the scene looking for vengeance. As Sheila is issuing death threats, Taylor and her father are trying to wrap their minds around why Ridge married Brooke again. See Brooke and Taylor tear into each other before grabbing for cake to throw during Liam and Hope’s wedding reception. In another episode, Brooke will also face the wrath of Stephanie after she learns that she’s taken Thorne to Big Bear to seduce him. And don’t miss the thrilling climax of the baby Beth scandal as it is played out on the Forrester rooftop. Read Bold and the Beautiful spoilers to find out what day you can catch comedy legend Phyllis Diller’s guest appearance.

A desperate Steve turns to Jack for advice about what he should do now that Justin has proposed to Kayla. How will Hope help Rafe after she learns what Zoey has told him about David? It can’t be less helpful than Orpheus is being as he fights with Zoey about her choices. John isn’t terribly thrilled by the choices that Brady has been making and wonders what his son’s real motivations are. Eric and Ciara are also worried about what seems to be going on in Brady’s brain. Marlena tries to weigh up how balanced Claire really is and talks to John about her concerns. Claire has some concerns of her own and isn’t shy about telling them to her new friend, Gwen. But at least Lani and Eli have some good news to share with their families. Read Days of our Lives spoilers to discover what Jake reveals to Ben.

It’s more from the annual Nurses Ball as ABC broadcasts a selection of episodes from 2016 – 2018. This means you get to see Emma Scorpio-Drake and Eddie Maine performing Elton John and Valentin performing Billy Joel. It also means that you get to see Franco trying to be helpful to Liz’s children and Jake being terrified when he spots Anna sporting the cursed Chimera necklace. In even more drama, Sonny and Carly discover that Ava has been tampering with Morgan’s meds. And in the most exciting moment of all, Milo does a striptease. Check out our General Hospital spoilers to find out what the other performances will be.

It will be a festive week of classic episodes in Genoa City as a proposal, a wedding and a Christmas are revisited. You will be able to see Traci and Brad tie the knot and Jack pop the question to Phyllis. You’ll also be able to see the Abbotts spend a heartrending holiday with Dina that doesn’t quite manage to heal the rifts within the family. But the week will be filled with conflict as Katherine and Dina hatch a plot against Jill and things get ugly between Ashley and Traci. Plus, Jack will have more than a relationship to celebrate as John manages to wrest control of Jabot away from Victor Newman once again. Visit The Young and the Restless spoilers to see who struggles with their drinking. 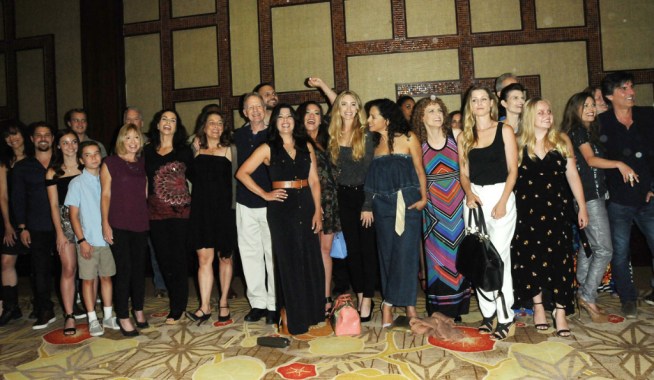 All My Children Cast Comments on Whether They'd Do a Reboot 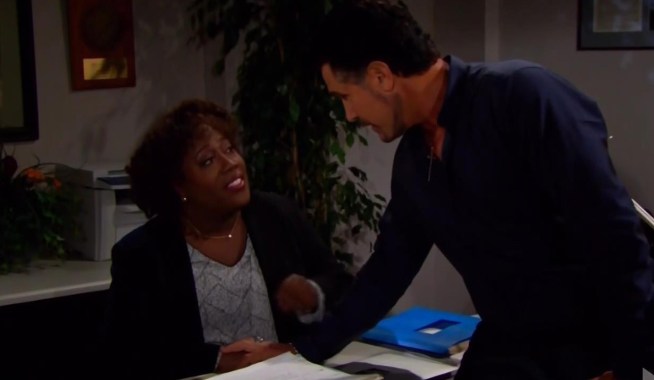