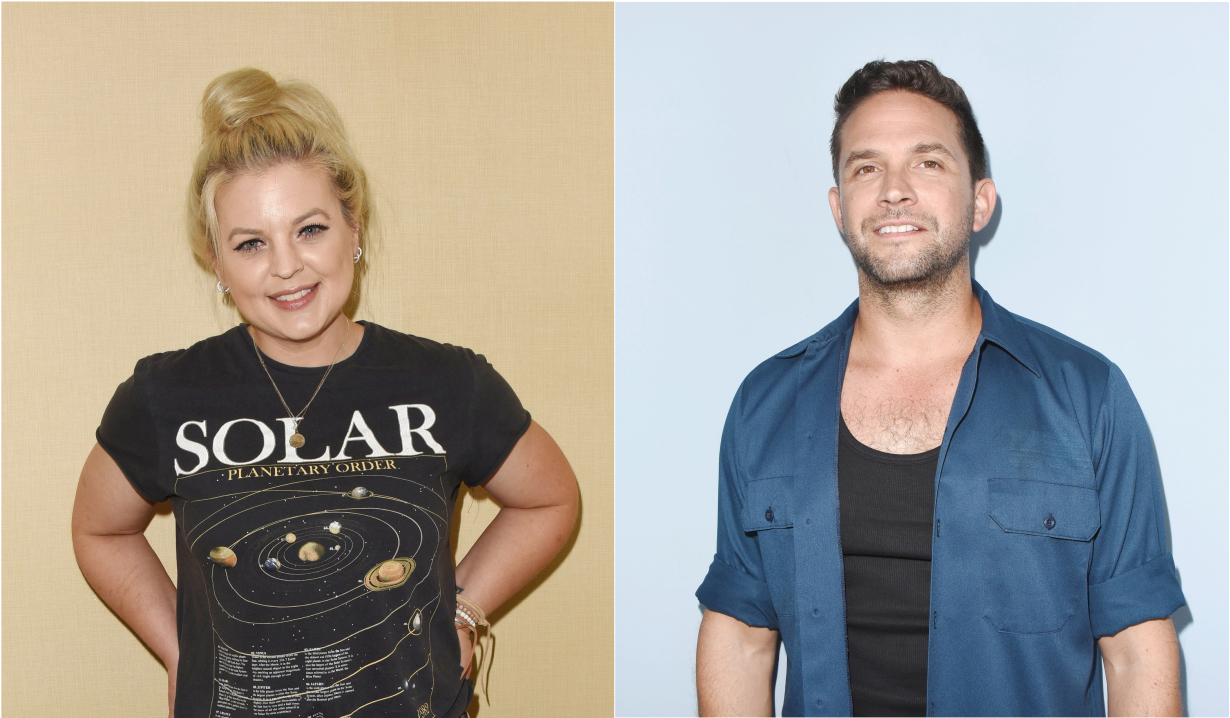 With barbershops and salons closed many are growing out quarantine beards and letting their hair grow into unruly new looks. Some are even developing new skills by turning into makeshift stylists for themselves and their families. Like many other parents staying safe at home, Days of our Lives’ Brandon Barash (Jake/Stefan DiMera) did just that when it came to his and Kirsten Storms’ (Maxie Jones, General Hospital; ex-Belle Black, Days of our Lives) daughter Harper.  Storms even benefited from Barash’s newfound skill.

Barash, who has grown a full-grown beard himself, posted photos on Instagram of him cutting his daughter Harper’s hair at home. One shot shows him cutting off what looks to be a few inches of his daughter’s long hair. The results were apparently kid approved as the after photo shows an all-smiles Harper with Barash standing behind her with his own beaming grin. Barash’s Days of our Lives co-star Sal Stowers (Lani Price) commented under the post saying the moment was, “Just the sweetest,” while Lamon Archey (Eil Grant) simply posted “#SuperDad.”

Meanwhile, Harper’s mother Kirsten Storms posted her own photos while revealing Barash took to YouTube to learn how to give “a mean angled haircut.” Storms even let Barash cut her own hair, which she pulled into a ponytail on the top of her head Flintstone style. Of the photo, Storms’ former General Hospital co-star Michelle Stafford (ex-Nina Reeves; Phyllis Summers, The Young and the Restless) called it “adorable,” while Kin Shriner (Scotty Baldwin, General Hospital) remarked, “@brandonjbarash went to same barber school as me!”

Apparently I cut hair now? Thx to @kirstenstorms for the shears, and YouTube for the quick tutorial! Now — I wonder how many of you are going to tell me in the comments to use the scissors to cut my beard. 🤔

Last night Harper got a haircut…and @brandonjbarash was the one holding the scissors. Quarantine has shown us a few things about ourselves and 2 of those are…I am a kitchen beautician at heart…and Brandon can give a mean angled haircut (after a few “how-to” videos on YouTube). This little Bug looks so cute with her new hairstyle! 🥰

Oh yeah – I let @brandonjbarash cut my hair too. Good job, B. I 💖 it. #flinstoneshairdo

Calling All Writers: We Want to Hear...

The Daytime Emmy Awards Are...