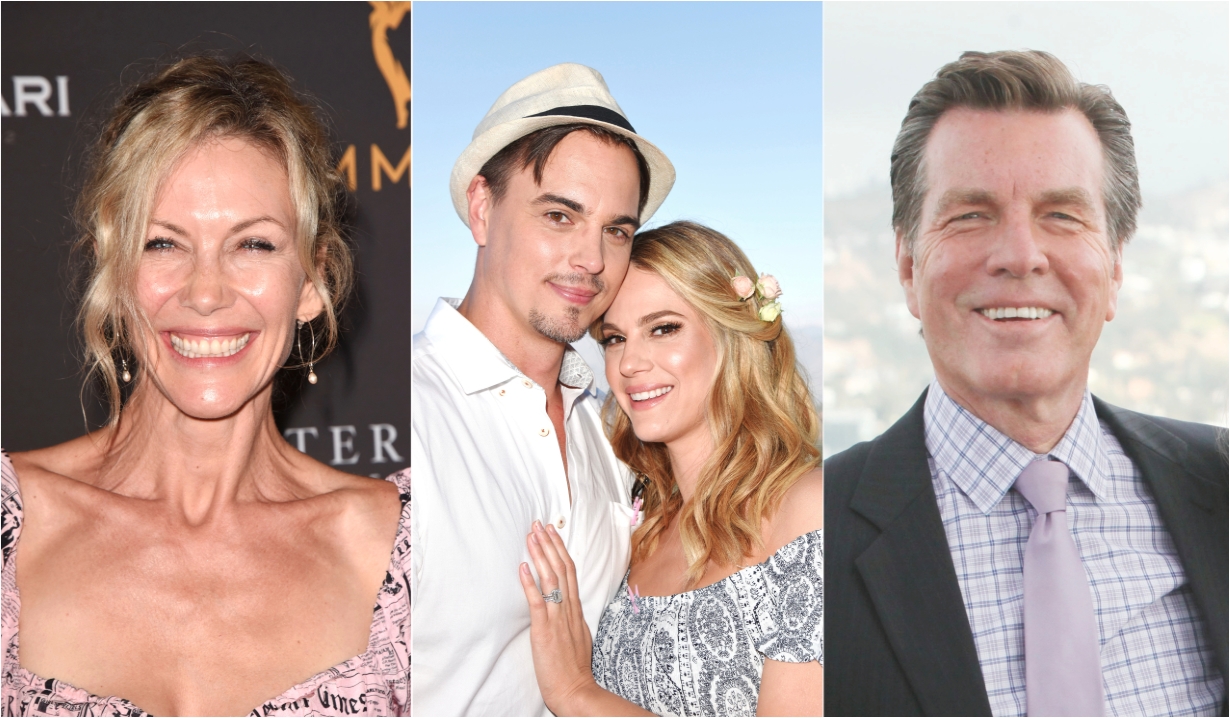 Get all the latest news for The Bold and the Beautiful, Days of our Lives, General Hospital, and The Young and the Restless from May 11 – 15 and more in one place.

In a bit of hopeful news, show producers have revealed that Bold and Beautiful might begin producing new episodes sometime in June. We speculate on what could happen plotwise if Sally and Thomas team up after new episodes begin airing again. In their latest interview, Darin Brooks (Wyatt) and Kelly Kruger (Mackenzie, Young and Restless) talk about parenting and how the show will have to adjust to the new normal. Brooks also talks about wanting to see his character do bad things with Rena Sofer (Quinn). We look back at nine moments that have defined Wyatt’s life and then give you seven things to know about soap vet Thorsten Kaye (Ridge). After counting down seven things about his character’s continuous conflicts, we count down nine about Jacqueline MacInnes Wood (Steffy). You can also look at a few good things to know about Rena Sofer before running down thirteen times that her character has gone over the edge and taken the leap to the darkside. Visit The Bold and the Beautiful news room where we also review some of the history of feisty and fabulous Sally Spectra.

Brock Kelly exits Days of our Lives as Evan Frears. In an exclusive interview with Stacy Haiduk, she talks about the possibility of Kristen returning to Salem and where her character will be going with Rachel. With the latest fan fiction, you can find out what could happen if Gabi got Jake where she wanted him. We also speculate on who could be drugging Abigail before giving you our reasons for why we miss Bo Brady and wish he could come back. Visit the Days of our Lives news room for the latest spoiler video, this time promising revenge at the hands of Sarah and Brady. And Christine was surprised by how touching the showdown between Kristen and Sarah wound up being, wonders if Rolf is being serious, and still feels disappointed by the Ciara story in her Days of our Lives column.

ABC has announced when the last original episode of General Hospital will be airing and clarified their broadcasting plans going forward. Among what is to come will be encore episodes of the Nurses’ Ball. We look back on some of the most memorable moments from the yearly event, including its special guest stars. Also, on the anniversary of the passing of Anna Lee, we remember how important Lila was to Port Charles history. In our General Hospital news room, we offer five reasons why it’s likely that Nelle will still manage to win custody of Wiley. And Dustin thinks it is finally the end for Mike, ponders where Holly might be, and is wary of a rebound story for Chase and Brook Lynn in the new General Hospital column.

Young and Restless alum Lexie Stevenson (ex-Mattie) shared a positive update on her father’s health condition after a recent plea for help. Meanwhile, her former onscreen father, Daniel Goddard (ex-Cane) has joined forces with Bryton James (Devon) to launch an app that will allow them to connect with their fans. Several other stars from the soap, including Peter Bergman (Jack) and Sharon Case (Sharon), were interviewed on Zoom. Find out what they had to say before revisiting the life of the mischievous Grace Turner and some of the more nefarious crimes of Victor Newman. For more on Bergman, we also bring you eleven important facts about the popular actor and chart how his character has changed over the decades. In more Genoa City history, we looked at the rivalry between Sharon and Nikki, the tempestuous life of Hilary, and the no-less-dramatic life of Lily. We also give you a few important tidbits about Joshua Morrow’s (Nick) evolution from pop to soap star and explain why we think that Billy and Amanda will get together when new episodes start to air. Visit our Young and the Restless news room for a list of the five couples fans would love to see together again.

More: Y&R and OLTL guest star has passed away

Now that rumors are circulating that production of some soap operas could be in motion again, there have also been suggestions that this will come with serious restrictions due to health protocols. Would you still watch your favorite show if there is no kissing or brawling? We count down the twelve biggest playboys of daytime and then ask fans which soap character they would like to be stranded on a desert island with. Speaking of which, we also have an exclusive look at the winners and finalists of Survivor and Tony Vlachos reveals how he plans to spend his prize money. We recap the latest episode of Good Witch and bring you some teasers of what’s in store next. Candace Cameron Bure offered a few spoilers for Hallmark’s Aurora Teargarden and, finally, in the Soaps.com news room, you can view Mother’s Day photos, messages and special wishes from soap stars.