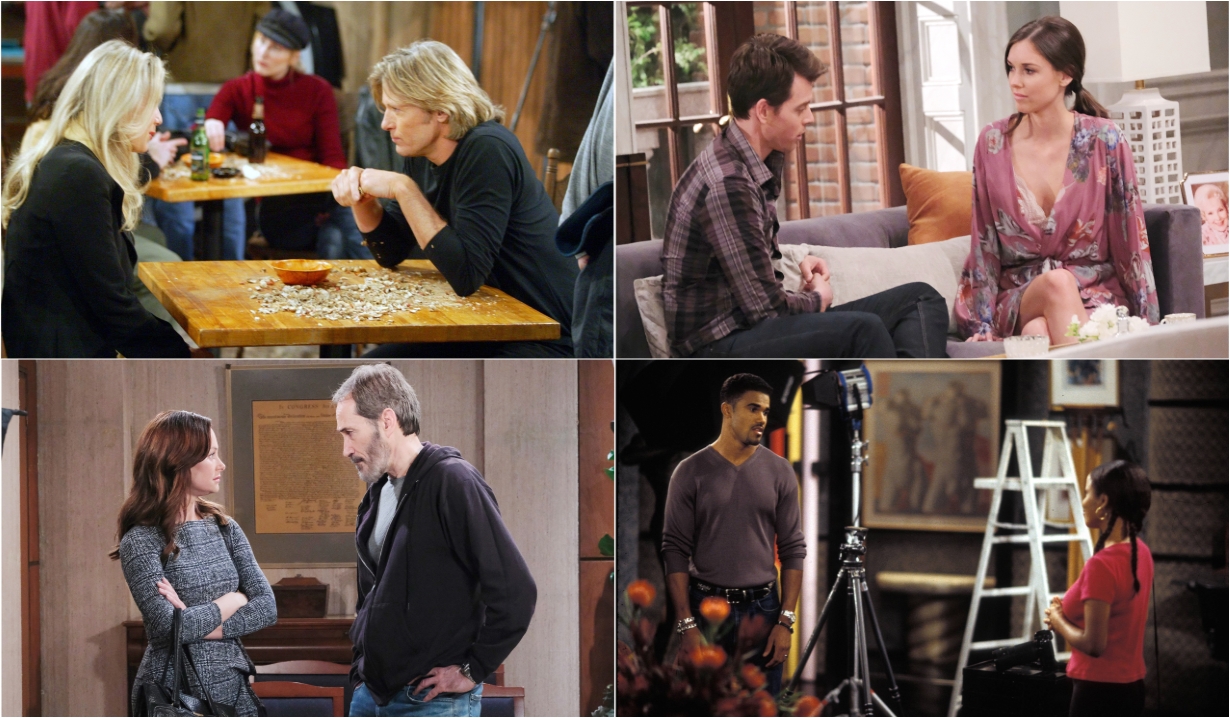 Catch a glimpse at what’s to come with spoilers for the week of May 18 – 22 for The Bold and the Beautiful, Days of our Lives, General Hospital, and The Young and the Restless, plus Days spoilers from May 25 – 29.

Due to the ongoing health crisis, CBS is continuing to air popular episodes from the history of its soaps. This week, they revisit two of Brooke’s weddings and some of her fights with Stephanie. You will be able to watch her fantastic wedding to Eric, featuring hot air balloons and horses, as well as her far more low-key wedding to Nick by the ocean. Episodes will also feature Ridge trying to keep the peace between his mother and Brooke, regardless of who she is married to at the time, and Brooke pulling a big publicity stunt to try and get the better of her enemies. Read Bold and the Beautiful spoilers to find out who else Brooke aroused dangerous feelings in.

More: Which soap character would you be stranded with?

Their lives may be falling apart, but does that mean that Brady and Sarah might use each other to try and hold something together? It sure looks that way. Maggie can’t handle the guilt anymore and heads for death’s door while Xander desperately tries to stop her from stepping over the threshold. This good deed might not be rewarded though. He begs Sarah for another shot, but she’s not in the mood to listen. Victor isn’t in the mood either, and yet that doesn’t stop Brady from demanding some payback for what he’s put him through. And there’s plenty of misery across Salem as Orpheus launches his latest bright scheme and kidnaps David. He lets John know what else he has planned for his old foes. And things don’t seem to be looking up for Gabi. Soon after questioning her about Jake, Lani is cuffing her for attacking the mechanic. Read Days of our Lives spoilers to discover who has to make a hard choice about their future.

Despite her recent misdeeds, things seem to be looking up for Molly. The same can’t be said for Jason. Liz decides it’s time that he gets some serious advice. Meanwhile, Nelle has made a major move and it leaves her enemies in shock. Her antics at the courthouse go over the line, but will it be far enough to get her what she’s dreaming of? The Corinthos clan starts to go into a panic. Diane has an urgent meeting with Carly, yet it may be more than the lawyer can handle to get Carly out of her latest jam. While Carly’s credibility is being questioned, Michael gets desperate to defend his recent choices. Across Port Charles, Jordan warns Sonny not to do anything that he’s going to regret. That only makes him more suspicious. If Sonny is eager to get some answers, Valentin takes some people aback by making an announcement that none of them saw coming. Check out our General Hospital spoilers to find out what else Laura has to worry about.

This week’s retro episodes concentrate on the history of the Winters family. This includes Neil’s initial arrival in Genoa City and his first run-ins with Drucilla at Jabot. It also features the arrival of his estranged brother, Malcolm, and the family’s gradual acceptance of Devon into their lives. Other faces from the past will pop up, including Bobby receiving a confession from Nikki, Jack and Ashley plotting against Gloria, and Katherine getting some troubling news about Brock. Visit The Young and the Restless spoilers to see who faced a hard fight in court.