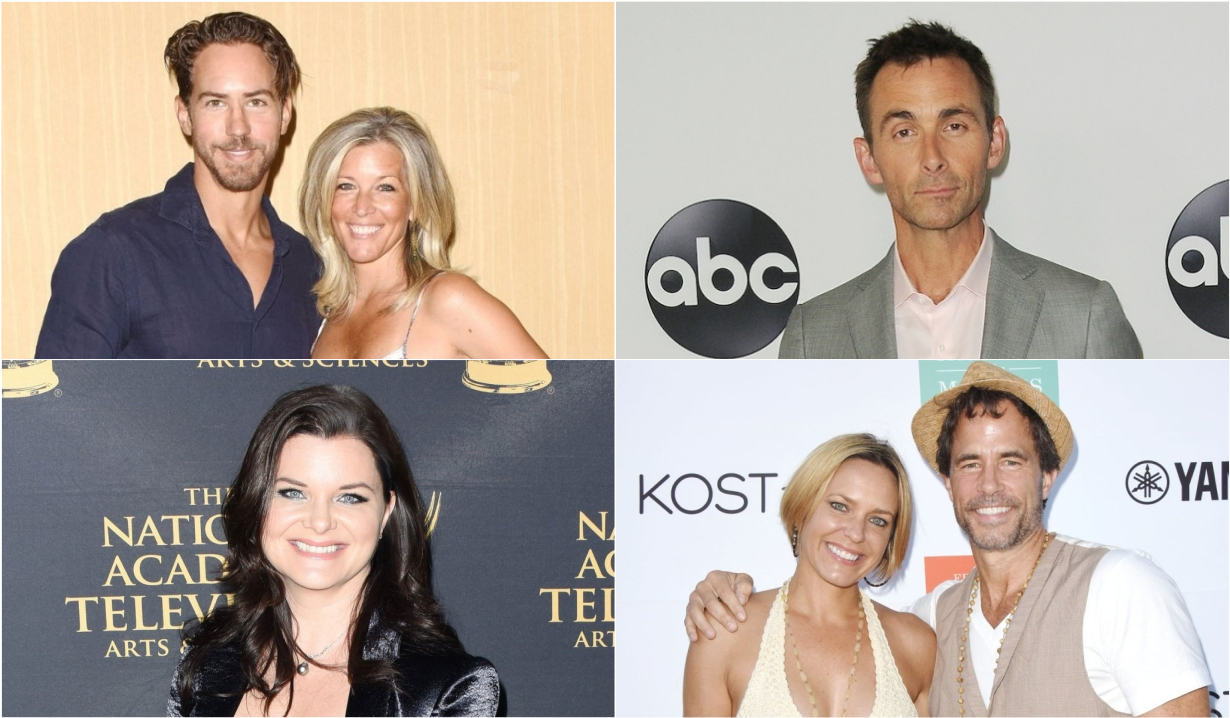 Soap opera stars give a ‘virtual hug’ to their fans during online charity event.

On May 9, many daytime stars gathered on YouTube for the Daytime Cares live event organized by Laura Wright (Carly Corinthos, General Hospital) and publicist Alan Locher, who has been reuniting the stars of All My Children, As the World Turns and Guiding Light online. They co-hosted along with Arianne Zucker (Nicole Walker, Days of our Lives) and Shawn Christian (Daniel Jonas, Days of our Lives). The entertaining event ran almost four hours as actors from The Bold and the Beautiful, Days of our Lives, General Hospital, Guiding Light, and The Young and the Restless dropped in to give fans a “virtual hug.” Soaps.com singled out a few highlights from the event, which benefited Feeding America and Disaster Responder Assets Network.

Laura Wright, who played Cassie on Guiding Light, introduced Kim Zimmer (Reva Shane, Guiding Light) by saying, “Working with this woman changed my life.” Zimmer talked about her first responder daughter Rachel’s hard work before singing Somewhere over the Rainbow. Zimmer’s former Guiding Light love interest, Robert Newman (Josh Lewis), shared the happy news that he’ll be a grandfather for the first time in the fall and then sang The Impossible Dream from Man of la Mancha.

Kyle Lowder (Rex Brady/ex-Brady Black, Days of our Lives) launched into his rendition of an Andrea Bocelli song in Italian and later, Wes Ramsey (Peter August, General Hospital) sang This Land is Your Land. When Locher told Josh Swickard (Harrison Chase, General Hospital) fans wanted to hear him sing, the look of panic on Swickard’s face confirmed he would not be doing that. While they had him, Wright called her castmate out for his quarantine beard. When Wally Kurth (Justin Kiriakis, Days of our Lives; Ned Quartermaine, General Hospital) came on to sing (What’s So Funny ‘Bout) Peace, Love, and Understanding, he admitted to missing acting which he is addicted to.

Cynthia Watros (Nina Reeves, General Hospital), who teaches yoga, commiserated with those feeling alone and led a breathing technique, while James Patrick Stuart (Valentin Cassadine, General Hospital) conducted a hilarious interview with his good friend and good sport Michael E. Knight (Martin Gray, General Hospital; Simon Neville, Young and the Restless; Tad Martin, All My Children) whose deadpan reactions to Stuart’s constant references to Knight Rider’s Michael Knight were on point. Meanwhile, Heather Tom (Katie Logan, The Bold and the Beautiful) virtually mixed drinks for her castmates, who previously received drink packages from her at home but drank them while waiting to get online. However, they were still able to all toast together onscreen. Maura West (Ava Jerome, General Hospital) closed things out by reading a poem in honor of Mother’s Day.

Jordi Vilasuso (Rey Rosales, The Young and the Restless) and his wife Kaitlin took the time to share their experience of falling ill and recovering. Kaitlin shared, “We are so blessed that we can joke about [losing our sense of] smell and the taste.” Christian Le Blanc (Michael Baldwin, The Young and the Restless) was with Michelle Stafford (Phyllis Summers, The Young and the Restless; ex-Nina Reeves, General Hospital) when they videoed in while wearing face masks and standing six feet apart of course, and Marci Miller (ex-Abigail DiMera, Days of our Lives) was revealed to be making pancakes over at Sal Stowers’ (Lani Price, Days of our Lives) place – Miller wore a mask.

When Finola Hughes (Anna Devane, General Hospital) and Ian Buchanan (Duke Lavery, General Hospital) joined the show to talk about their infamous dancing scenes, Kim Zimmer texted Locher to point out the absence of Buchanan’s pants, which she could see via the reflection in the mirror behind him. Their General Hospital co-star Nancy Lee Grahn (Alexis Davis, General Hospital) confessed to being a little bit “sauced” when she joined Wright and Locher with drink in hand while cooking and musing on why there was a toilet paper shortage. 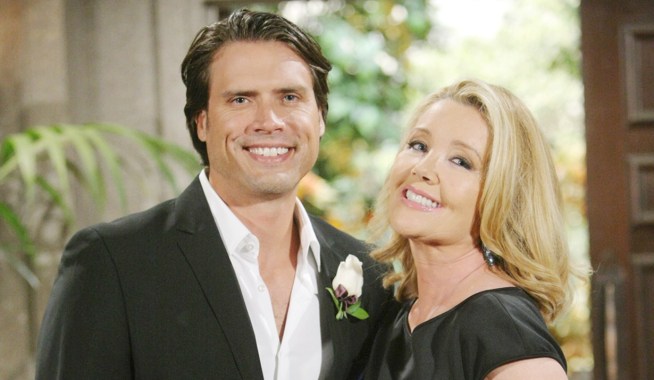 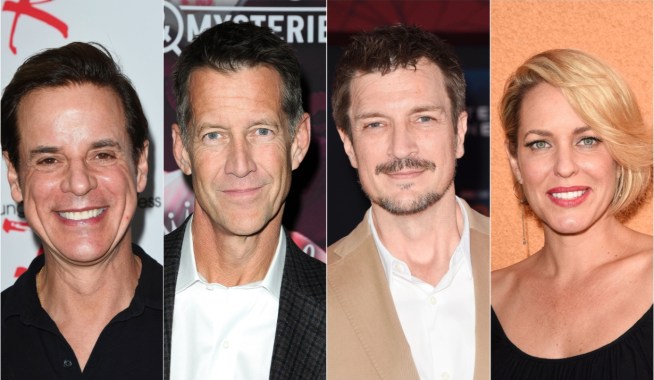