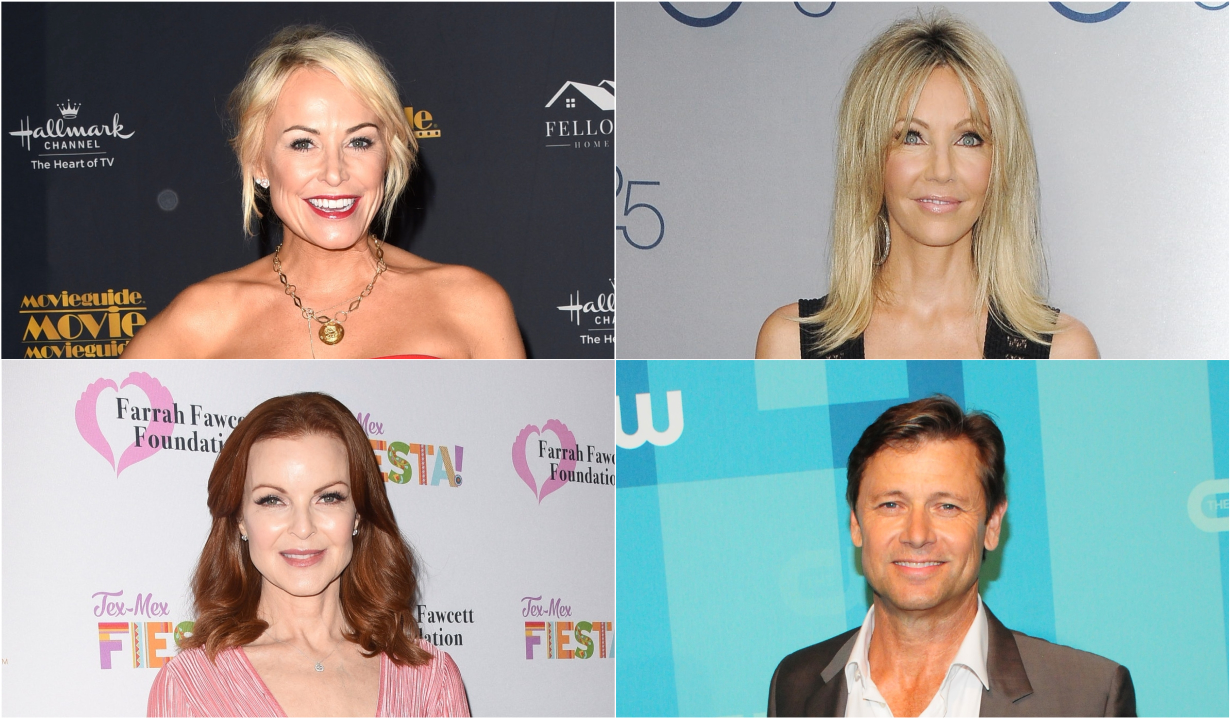 The cast members of the original Melrose Place recently came together for a virtual reunion on Stars in the House benefitting the Actors Fund. Many of the former cast members chimed in to recall their time on the sudsy primetime soap opera that ran from 1992 – 1999. A spinoff of 90210, Grant Show recalled how creepy he thought his character Jake Hanson dating the much younger Kelly Taylor (Jennie Garth) was. Meanwhile, Thomas Calabro felt his character Michael Mancini was boring and wanted to play more of a villain, which he eventually got to do. And Heather Locklear agreed it’d be fun to revisit her devious character, Amanda Woodward, once again. You can watch the video of the reunion below, but first, read along as Soaps.com takes you on a where are they now journey for several members of the hit show. 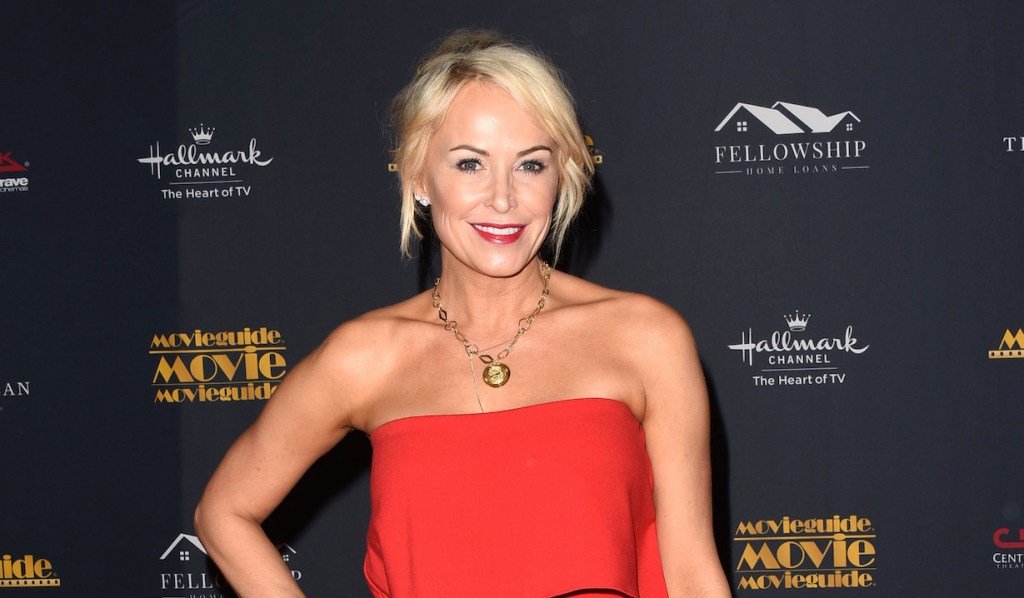 Josie Bisset played mainstay fashion designer Jane Mancini on Melrose Place until the series ended in 1999. She went on to do a couple of TV movies, reprised her role as Jane on the rebooted Melrose Place in 2010, and then starred in the series The Secret Life of the American Teenager. Other notable roles included Olivia Pershing in The Wedding March movie series co-starring Jack Wagner (Peter Burns, Melrose Place; Dominick Marone, The Bold and the Beautiful; Frisco Jones, General Hospital) and appeared as AJ Foster in When Calls the Heart, also starring Jack Wagner. Bisset has two children with ex-husband Rob Estes (Kyle McBride, Melrose Place) and co-edited two parenting books Little Bits Of Wisdom and Making Memories. She also wrote the children’s book Tickle Monster. 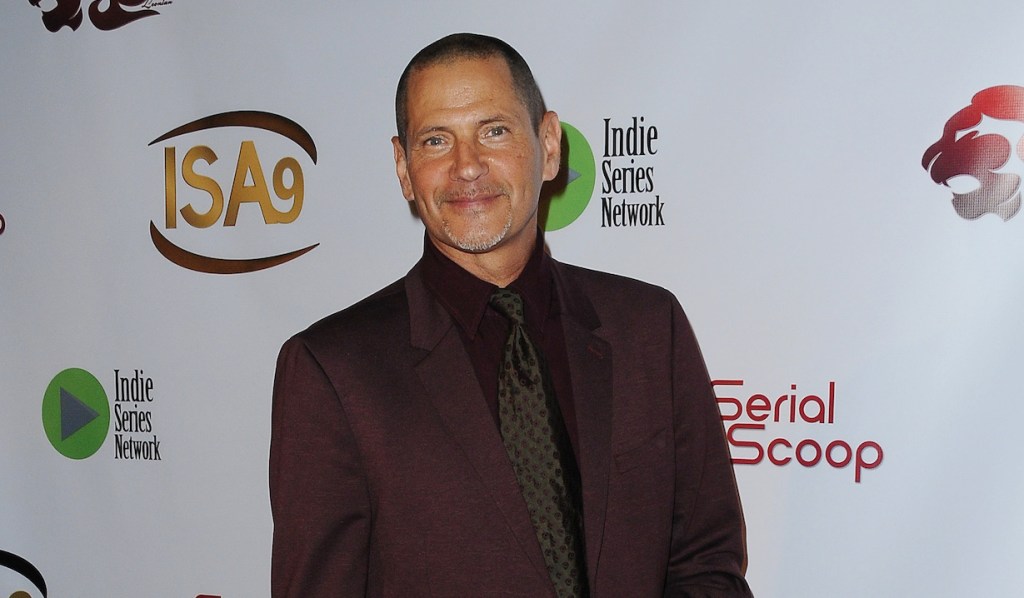 After playing the devious Dr. Michael Mancini for the entirety of the series’ run, Calabro, who once appeared as a “punk” on Guiding Light, did a series of TV movies, including reprising the role for several episodes on the reboot in 2010. Most notably, Calabro played a recurring character on The Last Ship in 2018, as well as the digital soap opera The Bay from 2015 – 2017. The father of three most recently appeared in the 2020 movies American Zombieland with soap opera alum Kristen Renton (Morgan Hollingsworth, Days of our Lives) and Influence. 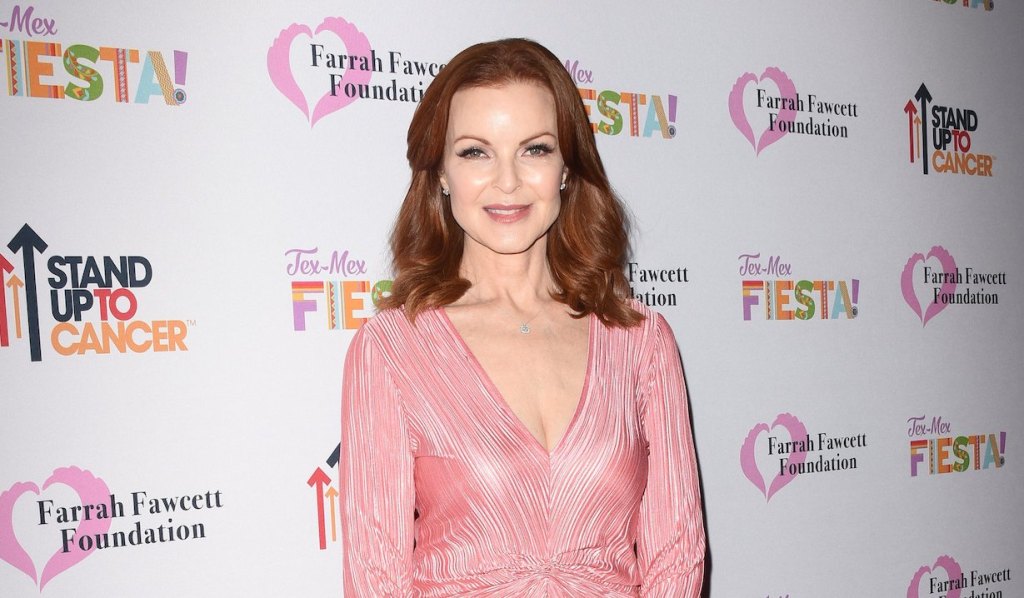 Appearing in the tail end of season one until 1997 as the villainous Dr. Kimberly Shaw, Marcia Cross’ (Victoria Broyard, Knots Landing; Kate Sanders, One Life to Live; Liz Corell, Edge of Night) character helped bring the primetime drama into truly soap territory when her character returned after her presumed death. Who can forget that shocking scar reveal? Since her days terrorizing the tenants of the apartment complex, Cross found steady work in guest-starring roles in series such as Everwood but her greatest success was another soap juggernaut Desperate Housewives as Bree Van de Camp. In addition, she recurred on Quantico and filmed the pilot for the Jane the Virgin spin-off Jane the Novela, but that project didn’t move forward. In 2019, the mother of twin girls revealed an anal cancer diagnosis. She is now in remission. 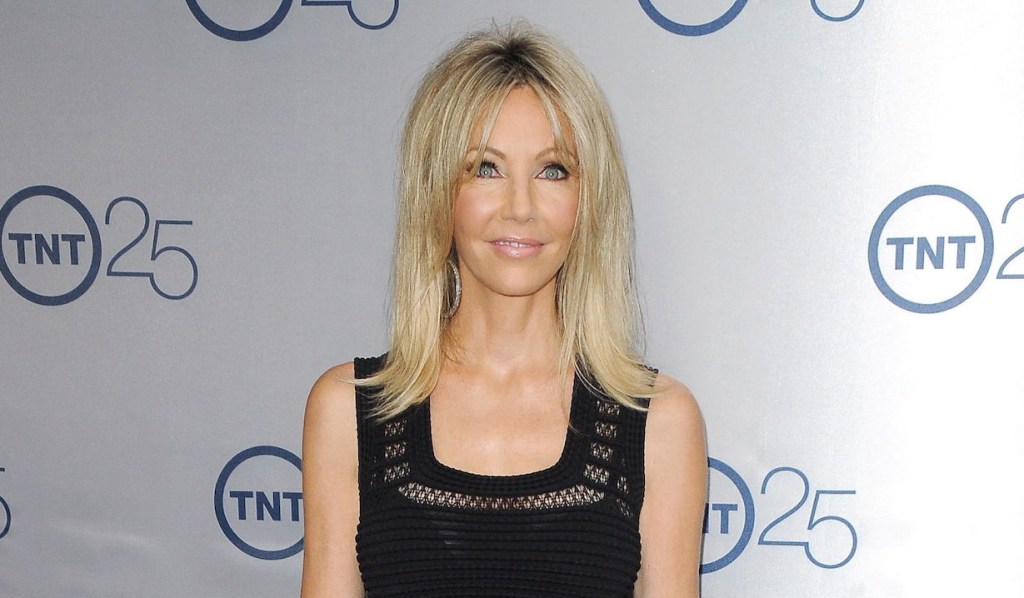 More: Where are they now, the original Dallas cast

Joining the cast in the second season, Heather Locklear’s (Sammy Jo Dean Carrington, Dynasty) introduction as villain Amanda Woodward can also be credited with ramping up the soapy storylines on Melrose Place. She remained on the series until the last episode in 1999 and went on to join the comedy series Spin City, star in LAX, reprise her role on the rebooted Melrose Place, and recur on Franklin & Bash and Too Close to Home. The actress who shares a daughter with rocker Richie Sambora recently celebrated one year of sobriety. In addition, Heather Locklear appeared in Jimmy Fallon’s soap spoof The Longest Days of our Lives. 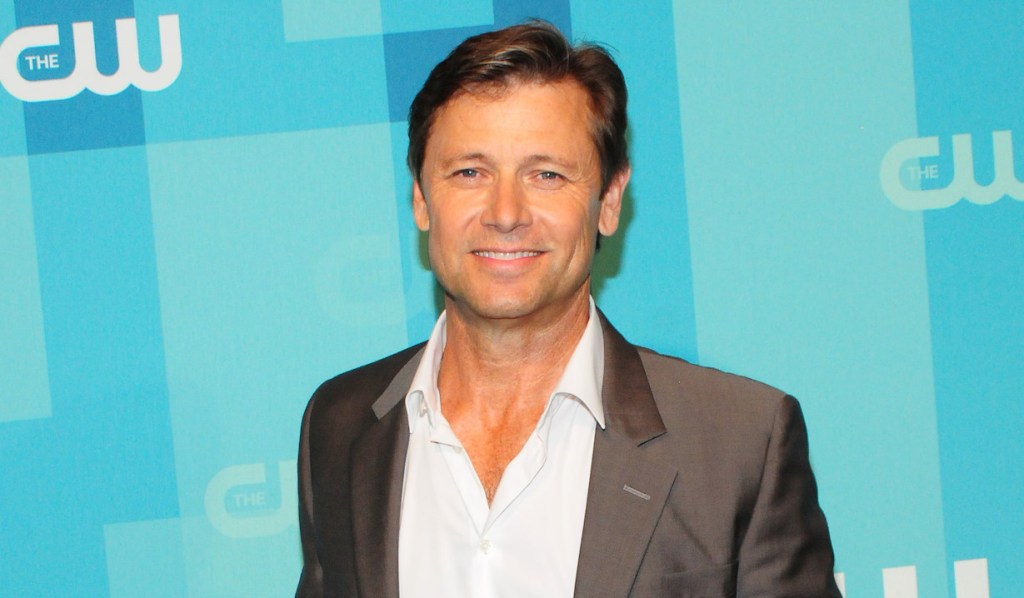 After leaving the series as Jake Hanson in 1997, original Melrose Place star Grant Show went on to find even more primetime success. From Strong Medicine to Swingtown to Devious Maids, the former Ryan’s Hope (Rick Hyde) actor has seemingly worked non-stop since his break out role of Jake Hanson. Show has one daughter and currently stars as Blake Carrington in the rebooted Dynasty series. 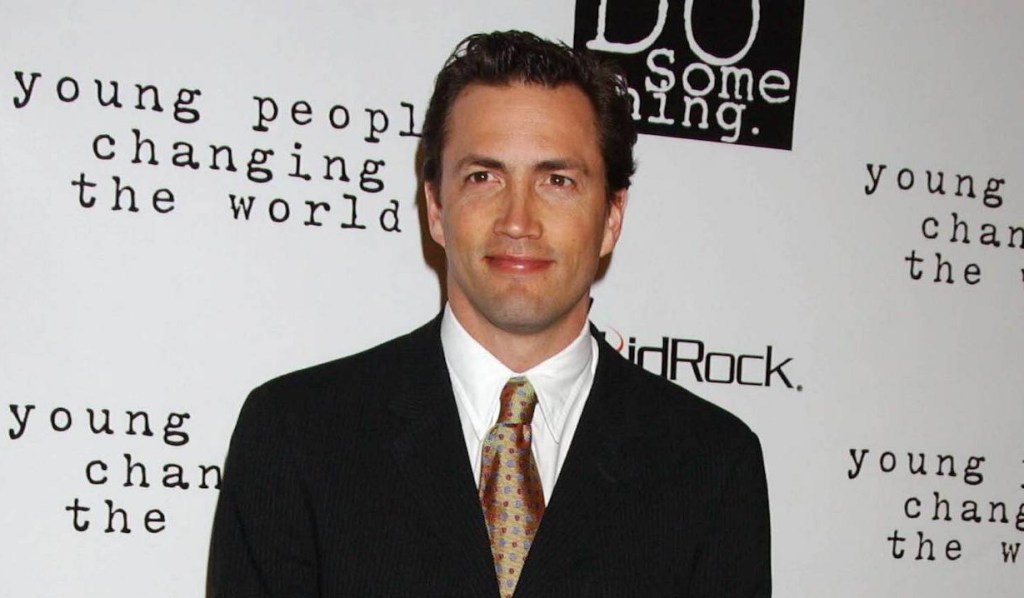 Former soccer player Andrew Shue played Billy Campbell until 1998 and then appeared in the soccer movie Gracie and Goal! III. He went on to co-found Do Something, a non-profit that encourages young people to become active in their communities, and the parenting website CafeMom. Shue has three sons and is currently married to 20/20 and Good Morning America co-host Amy Robach. 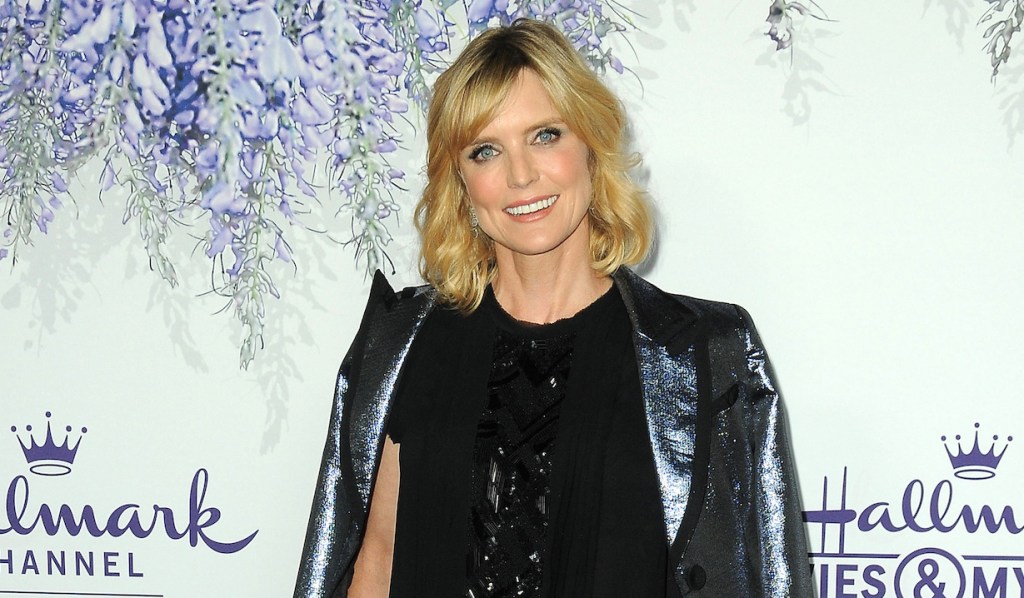 Original cast member Courtney Thorne-Smith left her role as Alison Parker on Melrose Place in 1997. She went on to enjoy success as a regular cast member on Ally McBeal, According to Jim, and Two and a Half Men. The mother of one wrote the novel Outside In and played the titular role in the Emma Fielding Mysteries on Hallmark Movies & Mysteries and guest-starred in an episode of Mom in March of this year.

All 7 seasons of Melrose Place can be streamed on Hulu and Vudu.

Video credit: Stars In The House/YouTube 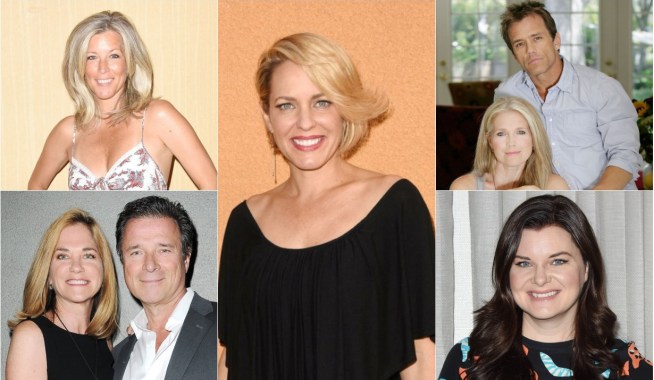 Where Are They Now? Cast of Original ‘Dallas’ Including Linda Gray & Patrick Duffy 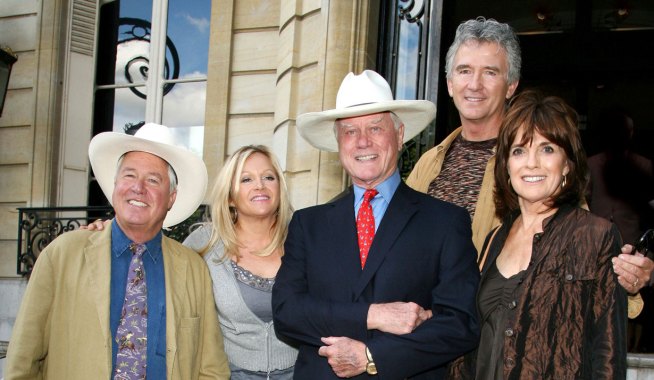