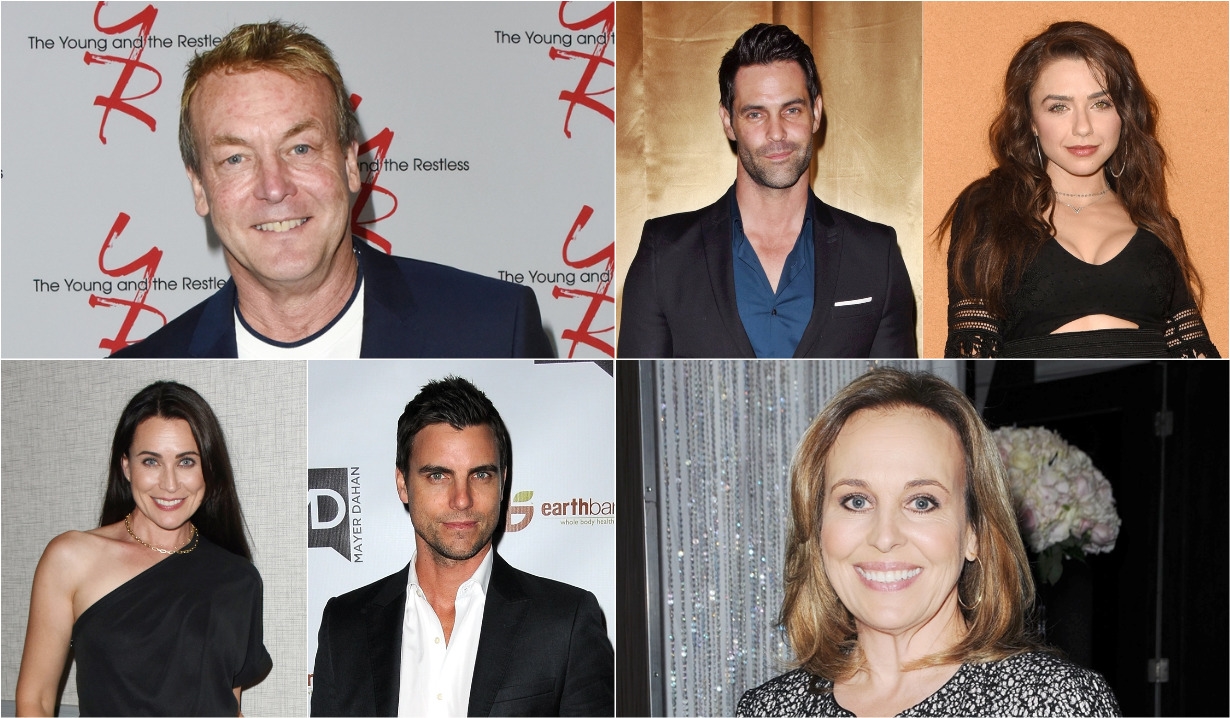 Soap opera stars past and present give fun shout-outs to fans on Cameo.

Many stars from Bold and the Beautiful, Days of our Lives, General Hospital, and Young and Restless, as well as past soap operas, have joined the Cameo platform. For Soaps.com readers not familiar with the concept, Cameo is a website and app which allows fans to book a personalized video shout-out from their favorite celebrities. Fans can request a video for themselves or as a surprising and cool gift for someone else, select an occasion – Mother’s Day and Father’s Day are coming up for example – provide details on what you would like the star to say in the personalized message, and have it sent via email or text to a smartphone. The cost ranges from $25 to $100 or even a little more and some actors also use Cameo to do special fundraisers.

How fun would it be to send or receive a special message from Bold and Beautiful’s Rena Sofer, who plays schemer Quinn Forrester, Sally Spectra’s red-headed portrayer Courtney Hope, or Annika Noelle, who appears as the popular Hope Logan?

Days of our Lives actors who participate on Cameo include Victoria Konefal, who plays feisty Ciara Brady, silver-fox Drake Hogestyn, who is the protective and action-oriented John Black, and Freddie Smith, who appears as Sonny from the infamous Kiriakis family, just to name a few.

General Hospital is well-represented on Cameo with the iconic Genie Francis, who has played Laura Spencer on the show since 1977, Maurice Benard as coffee scion and mobster Sonny Corinthos, and long-running leading man Steve Burton, who plays Jason Morgan, among the actors on board.

Imagine receiving a message from one of your favorite ladies on Young and Restless, such as Eileen Davidson, who plays the formidable Ashley Abbott, Jess Walton, who portrays the inimitable Jill Foster Abbott, or Michelle Stafford, who appears as the notorious Phyllis Summers, or from the popular actor Doug Davidson who is a Genoa City mainstay as Paul Williams.

All soap opera stars on Cameo can be found by doing a search for their names, and some post on social media to let you know how to find them. Soap opera alums and personalities from now-defunct soaps are also involved, including Colin Egglesfield (Josh Madden) from All My Children and Jason-Shane Scott (Will Rapport) from One Life to Live. Not to be forgotten are actors from iconic primetime soaps including Falcon Crest’s Morgan Fairchild (Jordan Roberts; Angelica Deveraux, Days of our Lives) or Lorenzo Lamas (Lance Cumson; Hector Ramirez, Bold and Beautiful), and Hallmark stars such as Taylor Cole (Appetite for Love).

Excited to announce that I have joined @cameo and am partnering with them for #cameocares to raise money for Covid 19 relief efforts. 100% of my proceeds will go to @feedingamerica and cameo is now donating all of the proceeds on their end to charity as well. So let’s make some videos, connect and raise some money! (Yes, I can also skip-it in your video if thats what you want 💃🏼) LINK IN BIO!!!

Hey beauties!! So people were asking me to do “cameos”. What is that? It’s an app/service where you can have me send a message to a friend or someone you love! Or even yourself… whomever you want. You get the app or go to the link and make a request. The link to my page is in my bio👆🏻This is why it’s cool though… you can ask me anything. If you have skin questions that you want answered fully I’ll do that. Or questions about @skinnationbeauty If you have basic questions for me I will answer those. You can get me to say something to a friend or wife or husband… anyone and anything! I just ask, keep it clean, keep it cool😉😊 it’s a really cool way to communicate! A portion of my proceeds will go to charity. I will pick a different charity every 2 months and I’ll announce it here on IG! That part is the really cool part for me!! Go check out my link and let’s get the conversations going!! I love you guys!😍

Hallmark Fans Will Love the...