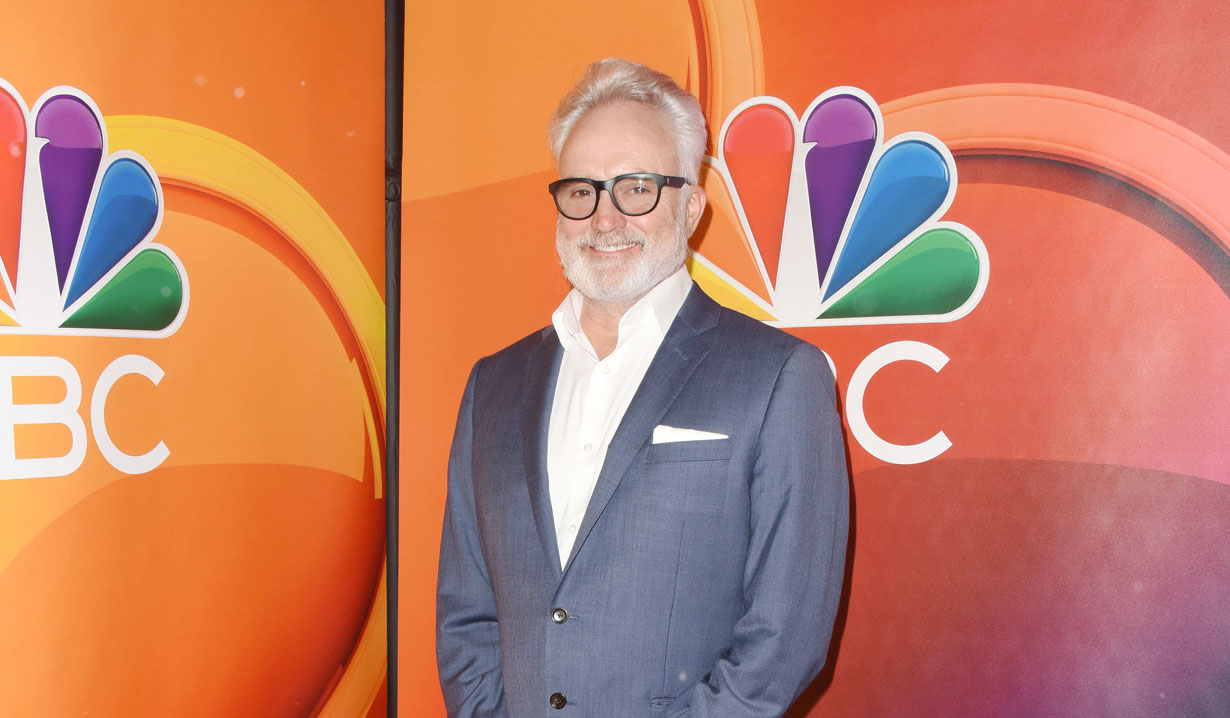 Veteran actor and former soap star went to college with All My Children’s Michael E. Knight.

Longtime television fans probably remember Bradley Whitford as the brilliant Josh Lyman on The West Wing, and more recent viewers probably know he’s been starring in two TV series: Perfect Harmony and The Handmaid’s Tale. But soap opera fans will know that some of his first acting roles were on All My Children (as Jason, 1985 – 1987) and Guiding Light (as Dr. Jones, 1988). Whitford spoke to Soaps.com about those early jobs, and his long-standing admiration for All My Children’s late David Canary (Adam/Stuart) who also portrayed roles in Another World, The Doctors, Peyton Place, and Search for Tomorrow.

Soaps.com: You have three primetime Emmys now, but you first made your mark with soaps. What do you recall about working in soap operas?

Bradley Whitford: It’s so funny – someone just tweeted a clip I’d never seen before from All My Children. It’s me, being a jerk on the soap. See, I went to college with Michael E. Knight (All My Children/One Life to Live, The Young and the Restless, and General Hospital), and he left college because he’d gotten on All My Children. Then I went to acting school, and by the time I got out he was an established soap star.

Soaps.com: So being on a soap was something you were already open to?

Whitford: When you’re coming out of acting school, you’re kind of a snob about doing any television – which is hilarious. But certainly about doing a soap. But then I was so blown away by David Canary’s talent.

Soaps.com: What do you remember about that?

Whitford: Well, when you get to do a TV show for the first time, it’s your first chance to really act. Once a TV show is up and running, and has an audience, you’re not worried if it’s going to fundamentally work – and there’s a relaxation that happens. That relaxation can make you lazy, or it can be an opportunity to hone some extraordinary skills. That’s what I saw on that show, and with David Canary. I was struck and inspired by him, because he had such an extraordinary role.

Soaps.com: What do you think you learned working on soaps?

Whitford: It goes phenomenally quickly. It’s so fast. And just realizing that you can get through something – I was basically a guest actor on there, and I’ve spent a big chunk of my career being a guest actor, and it’s the hardest thing to do because you always have to hit the ground running. You’re not family; you’re surrounded by a group of people who are totally comfortable with each other. It can be difficult to show up as a guest for work on your first day and really feel like your blood is flowing. We always worked fast on The West Wing, and what I learned on soaps is I really know how to work fast. Just knowing that is an important lesson to learn.

anyways here's a clip of bradley whitford on all my children from 1985 pic.twitter.com/XoUOW4pZiZ

9 Things to Know About ‘When Calls...