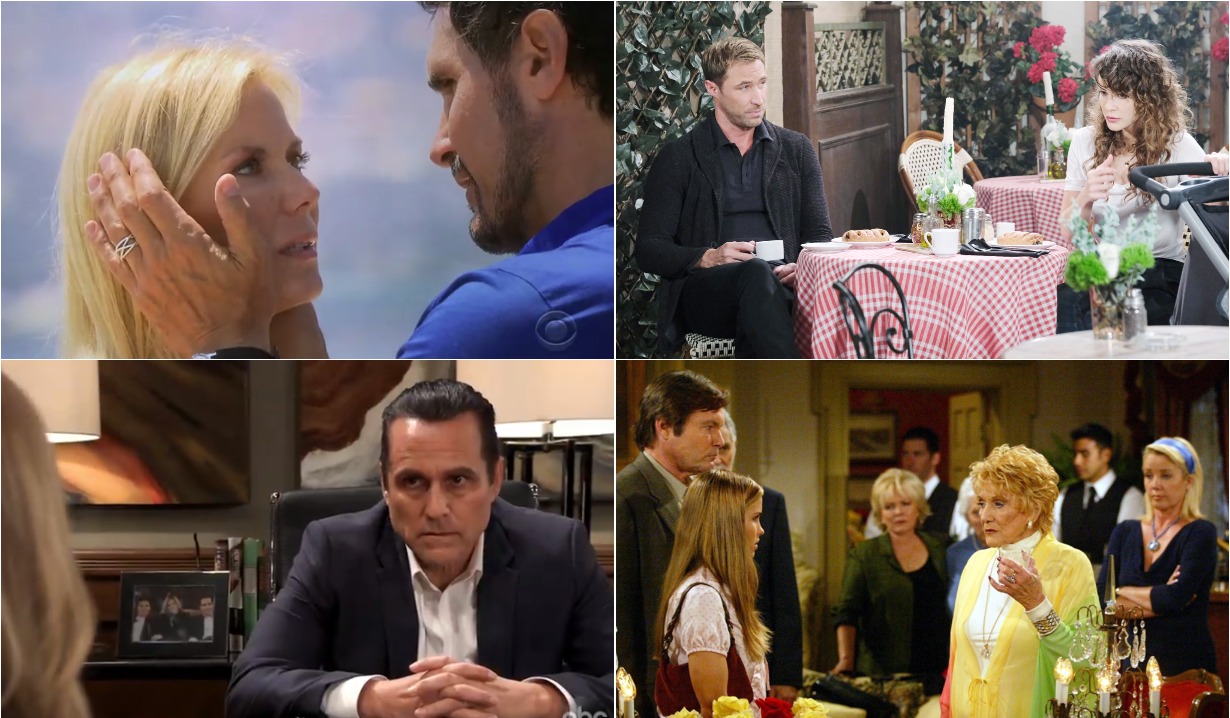 Soaps.com is starting the week out with highlights from Bold and the Beautiful, Days of our Lives, General Hospital and Young and the Restless from April 27 – May 1 episodes, plus giving our readers a peek at some soap opera teasers to come…

First on The Bold and the Beautiful, in a two-part special, the CBS soap opera took viewers behind the scenes filming the shows in Monte Carlo. Recalling the epic scene where Steffy chased Quinn after seeing her kiss Eric, not knowing it was Quinn, the cast revealed a torrential downpour halted filming. Jacqueline MacInnes Wood, who plays Steffy, was told by Rena Sofer, Quinn, to go for it when they finally filmed the confrontation and the slap that is still talked about amongst fans. Coming up: the soap airs more classic episodes including Steffy and Liam’s wedding in Australia.

On Days of our Lives, Brady took the fall for Kristen and said he stabbed Victor, but eventually, Victor woke up at the hospital and named Kristen as the real assailant. Abigail began to have bizarre hallucinations, and when it was discovered someone had drugged her, Gabi became the prime suspect. Sarah ran into her ex Rex in Paris, and by week’s end he learned the truth about the baby swap and that Sarah had kidnapped Brady and Kristen’s child. Gabi saw Jake, the Stefan look-a-like, in the town square and fainted. Coming up: Sarah holds Rex hostage.

Over on General Hospital, Molly decided not to tell TJ about her one-night stand with Brando, but did confess to her sisters. Lulu and Valentin came to an agreement to continue sharing custody of Charlotte and promised their daughter to do better by her. Finn and Carly both realized Chase and Sasha weren’t having an affair and lied to push Willow and Michael to marry so Michael would win custody of Wiley. Coming up: Michael makes a life-changing decision.

And on The Young and the Restless, the soap paid homage to the late Jeanne Cooper with special flashbacks of some of Katherine Chancellor’s greatest episodes. From Katherine facing off with her look-alike Marge Cotroke, to Katherine’s family staging an intervention for her out of control drinking problem, and Katherine and Murphy’s wedding, it was a week of classic moments. Plus there were other treats along the way, such as Danny Romalotti learning the truth about his parentage, and scenes of John Abbot and Victor’s old feud. Coming up: More classic episodes including one featuring crazy Sheila! 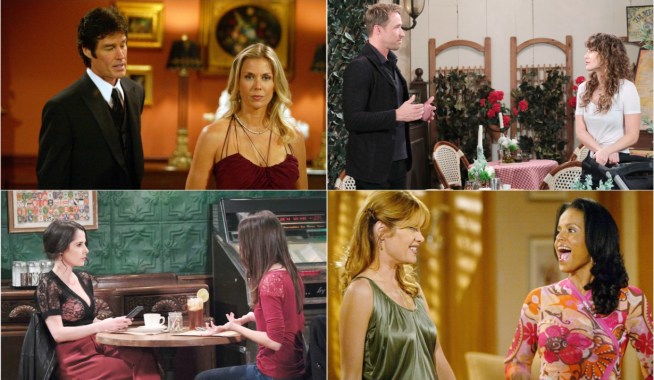 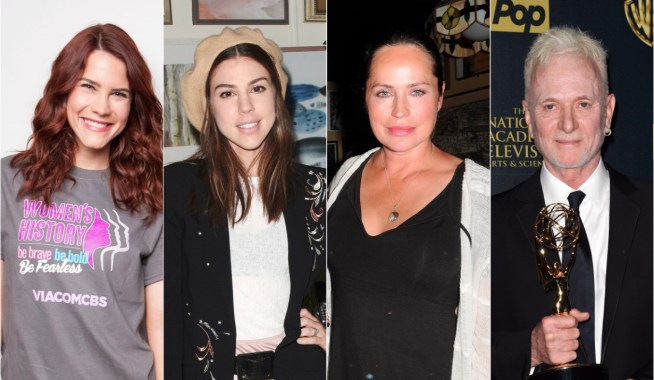