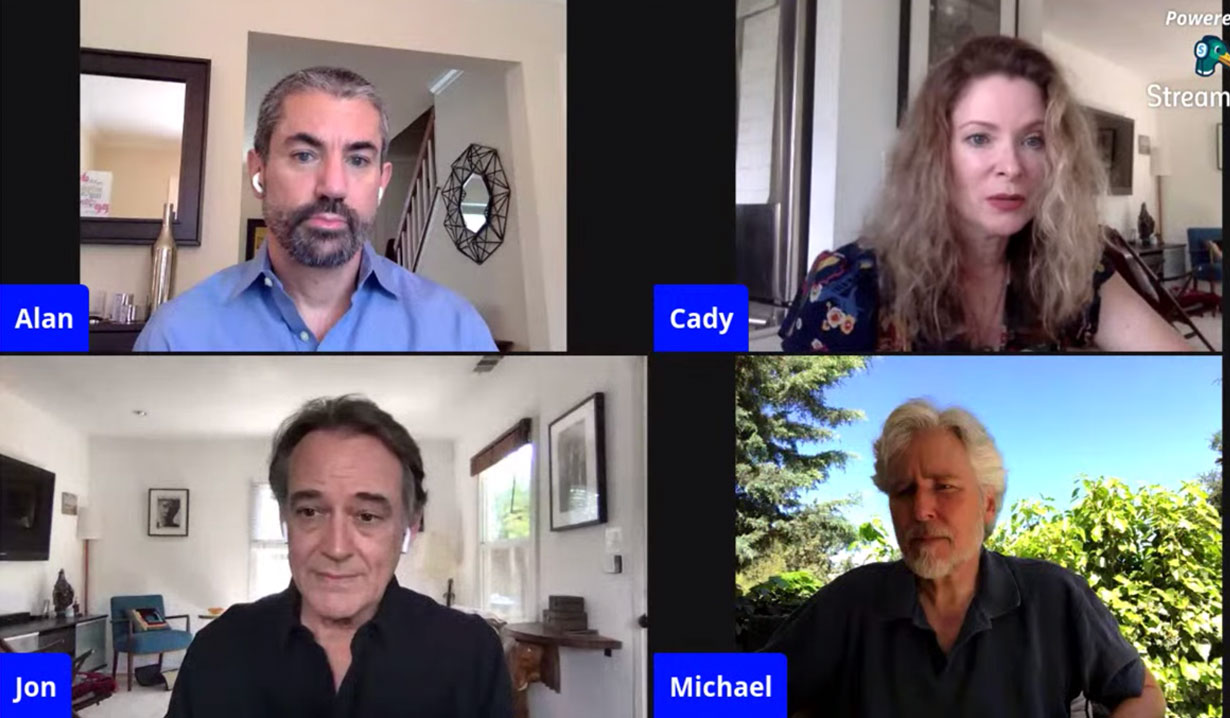 Former soap opera publicist Alan Locher held the first As the World Turns and All My Children crossover reunion today. In attendance were Cady McClain (Dixie Martin on All My Children and Rosanna Cabot on As the World Turns, as well as Kelly Andrews on Young and the Restless), Michael E. Knight (Tad Martin on All My Children, as well as Dr. Simon Neville on Young and the Restless and Martin Grey on General Hospital) and McClain’s husband Jon Lindstrom (Craig Montgomery on As The World Turns and Kevin Collins and Ryan Chamberlain on General Hospital). Read some of the highlights from the reunion here on Soaps.com.

Lindstrom revealed he was initially hired at General Hospital for a three-month run to play a villain who was there to come between Mac and Felicia (John J. York and Kristina Wagner). For As The World Turns, he came on as a recast of Craig Montgomery and knew it was a well-established character but had never seen the show. He asked them to send him information on the character, only to receive a tome he knew he’d never make it through before he was set to shoot. So he simply asked questions of the other actors to get to know his part. Knight recalled he used to watch All My Children from time to time when he was home sick from school, and thought back to that first day in the studio and looking over and getting to see Susan Lucci (Erica Kane) in person. McClain simply remembered that she was so green and nerdy and had no style. She was also launched right into a storyline with the late David Canary (Adam Chandler). Knight revealed that their characters Tad and Dixie were never scripted to be together, and they just happened to have a scene together and the writers noticed a spark that led to their pairing.

More: Catch up on the As the World Turns reunions

McClain and Knight shared some of their memories of the late actors David Canary (Adam Chandler) and James Mitchell (Palmer Cortlandt). McClain said Canary set the bar as a consummate professional. She remembers he was in great shape, eating healthy and was always prepared. She couldn’t understand how he did it, especially when he was playing twins. Knight admits he gets sad when he thinks and talks about Canary because we was the best of all of them. He remembers he would have an apple every day at 4:00 PM to keep his blood sugar from dipping too low. He reflected back to the very last episode in which he had to give a long speech during a toast. After, Canary told him that he was a good actor. Canary was also one of his first dressing roommates and Knight remembered he was obsessed with the Teenage Mutant Ninja Turtles, and he had bought the figures and set them up in the room. Canary got in his face about them and asked if it was really necessary to have toys in their dressing room.

Of Mitchell, McClain said he would always crack them up. Knight remembered they used to torture him because he would memorize his blocking and didn’t like using the teleprompter for his lines. So he would write his lines down on index cards and put them around the set at the places he was supposed to walk to so he could quickly glance at them. Knight revealed he and others used to switch the cards around, and Mitchell eventually caught on to what the cast was doing.

Of their late head writer and the creator of All My Children, McClain said she did something no one else in soaps was doing and created morality tales in which the characters would be tested by doing the wrong thing, and the families would bring them back into the fold as lost little sheep. It wasn’t a story about the bad thing they did or their mistake, but about recovering from them and learning how to continue and go on. Knight said Nixon along with Bill Bell really broke the mold of daytime, and Nixon created Pine Valley as the place she wished she had grown up. He said she was a creative genius and had the knack for finding the stories that resonated with the fans.

One of Lindstrom’s favorite memories was when he was on Port Charles and the vampire storyline was going on. His character Kevin Collins never believed in the vampires, and he got a lot of tongue in cheek lines which were unusual for his character. Knight revealed it was James Patrick Stuart (Valentin Cassadine) and Rebecca Budig (Hayden Barnes) who pushed him to ask executive-producer Frank Valentini if he perhaps had work for him. Valentini was thrilled to find a role for him because daytime fans had never forgotten him. Knight joked he thinks when people saw him on the show they were likely shocked he was still alive. McClain hasn’t been on General Hospital, but would jump at the chance if asked to be able to work with Knight again.

7 Reasons to Watch Netflix's Twisty, Dark Comedy 'Dead to Me' Ahead of Season 2 Premiere 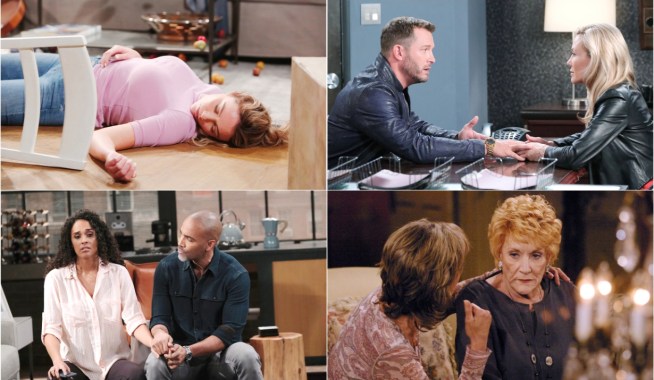