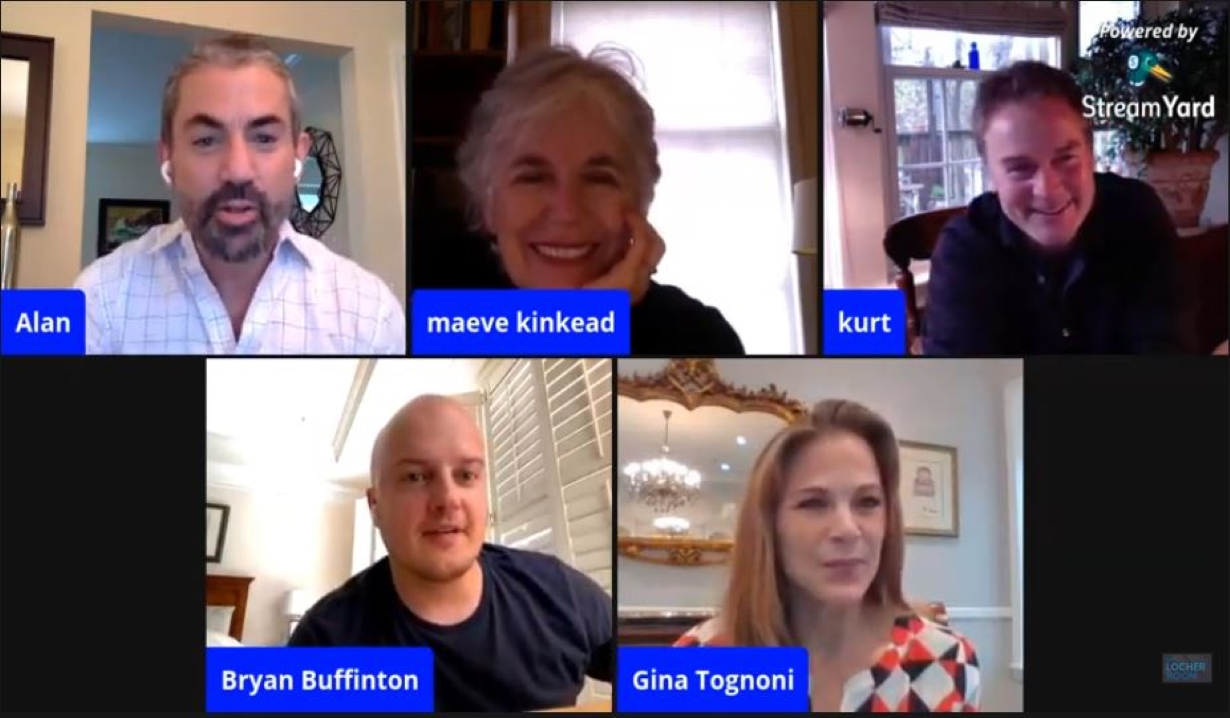 Catching up while reflecting on acting challenges and discussing new projects.

With everyone in self-isolation, Alan Locher has been reuniting some old fan favorites for a series of special streaming events. Last week, he hosted the second online Guiding Light reunion of a few of the long-lasting soap’s former castmates. On Tuesday April 21, the third cast reunion hosted by the show’s former publicist involved Maeve Kinkead (Vanessa Chamberlin Reardon) and Kurt McKinney (Matt Reardon), Gina Tognoni (Dinah Marler), and Bryan Buffington (Little Bill Lewis). Jordan Clark (Billy) couldn’t be there but sent his salutations. Get some highlights from the chat from Soaps.com below.

Catching up in quarantine

They had a hard time imagining that Buffington, who was only a child when he started on the soap opera, is already forty years old and now has kids. He said things were starting to get hot in Florida. McKinney said his daughter just returned from school in state. Tognoni’s family is all in Florida as well. Kinkead explained that her daughter is expecting to give birth this week. This will be her first grandchild. She admitted that the situation is “a little too exciting.” Buffington and Tognoni never worked together. He left in 1998 to be replaced by Daniel Cosgrove. He was originally only supposed to be on briefly but ended up staying for nine years and in that time saw many recasts of the characters around him.

Not so memorable first days

They all struggled to remember their first day on the set. Fans in the chat often had more luck remembering and chimed in to remind them. Tognoni first appeared on the phone, pretending to be Princess Cassie. McKinney could recall his first scenes taking place in a roadhouse and he was shacked up with Cynthia Watros (General Hospital’s Nina Reeves). Kinkead couldn’t remember the scene itself, just being on the set with Elvera Roussel (Hope Bauer), who reassured her that the cast and crew were nice people. Tognoni said that Guiding Light had the greatest atmosphere of all the soaps. Everyone had a great sense of humor and it was always fun to be on the set. She said that East Coast soaps tend to be more close-knit and involve more drinking after work.

Impressive moments on the set

They remembered Jordan Clarke’s incredible memorization capacities. Laughing, they estimated it would be equivalent to a million phone books to equal the amount of dialog the cast had to learn over the years. McKinney admitted that he could hardly remember the shows from one day to the next. They all laughed about people sending them clips they find on YouTube that they can barely remember being in. Kinkead talked about William Roerick (Henry Chamberlain) and how he would work to make his character consistent and stronger. Tognoni recalled that she would stop and just watch Justin Deas (Buzz Cooper) performing on the set. There was something so special about the writing and the acting. Buffington still has memories of working with Roerick and Larry Gates (H.B. Lewis), who were like his other grandparents and who taught him a lot. He saw a lot of things on the set and behind the scenes that kids his age wouldn’t have seen and that helped him grow up fast.

Tognoni remembered going out to get a hot dog covered in blood from just being shot in a scene and mentioned that her husband had a harder time watching her death scenes than her love scenes. Kinkead remembered all the lustful looks she would receive when she went to restaurants in her nun costume. They remember how much Daniel Cosgrove (Bill Lewis) would go off into bizarre line readings, leaping into different characters and cracking up the cast and crew.

Kinkead completed an MFA and had a book of poems published, A Dangling House. She recalled some of her memories of Another World and working with her friend Kathleen Widdoes. She also remembered her attempts to be seductive in character, even when she was eight months pregnant in real life. Recently, McKinney wound up playing the husband of Beth Chamberlin (Beth Spaulding) on Power, which was a shock when they unexpectedly bumped into each other in the dressing room. He also just finished a film called Passions Inferno and has been keeping up his martial arts training. Tognoni talked about having to commute between the coasts for five years. Since being off Young and the Restless, she’s just enjoyed being home with her family and is looking forward to getting back to acting. She said that creatively it’s been really good to take a break. Buffington has been looking after his two kids, seven and four years old, and now has a business. He does a lot of songwriting as a creative outlet.

Tognoni marveled at her luck in getting strong female characters. She suggested that Phyllis on Young and Restless was Dina’s meaner cousin. Dina was the first troublemaker she got to play and taught her how to be a supporting actor working with a company. There was always a lot of trust between her and Kinkead and that made their scenes particularly strong. The pace of work, the rawness of delivery and the quickness that was demanded made soap acting the most demanding any of them have done. Guiding Light was also remarkable for the amount of comedy that it featured.

Watch the video below for the rest of the chat. 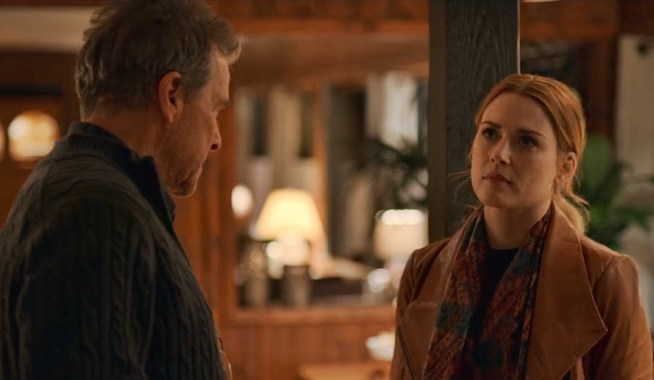 Virgin River Recap: Mel Gets Fired After Arguing With Doc Mullins About the Abandoned Baby 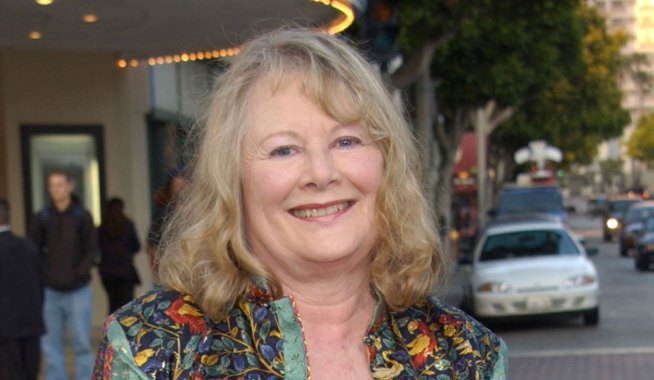