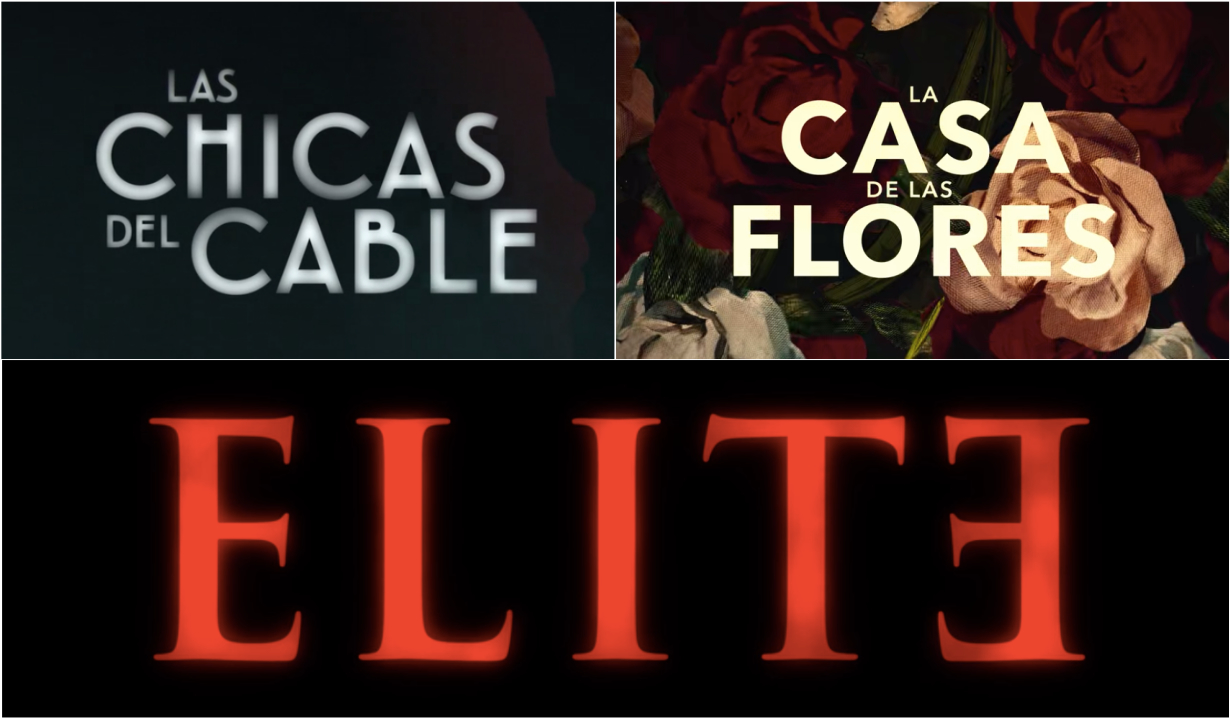 Soaps.com recently recommended a few telenovelas to binge-watch for those looking for something different to fill their staying-safe-at-home hours. Now, we have a few suggestions for Spanish language dramas that are more in the vein of traditional primetime series. There’s still the soapy plots, scandals, and affairs, but they’re (mostly) less campy, have a sleeker look, and offer fewer episodes per season. These Spanish language dramas often involve dynamic female leads, strong friendships, formidable older women to contend with, issues of class disparity, and of course sweeping love stories. The following are three dramas that are available on Netflix with subtitles to get you started, with more suggestions to come.

The campiest Spanish language drama on this list, La Casa de las Flores, a.k.a. House of Flowers, centers on the Mora family who owns a prominent flower shop in Mexico. When the family convenes for a big celebration, the patriarch’s affair is revealed after his mistress commits suicide by hanging in the family shop. Family scandals unravel from there as the father is arrested for fraud, the mother goes to extremes to keep the business afloat, their former-son-in-law who is a trans woman arrives to help with legal issues and rekindles a romance with her ex-wife, their son comes out as bisexual when he reveals his affair with the family’s financial advisor, paternity secrets come out and so much more. The third and final season was released for streaming on April 23.

Murder, star-crossed lovers, throuples, incest. You know… your average high school struggles. Netflix’s Elite is about three working-class teens who receive scholarships to an exclusive private school after their school collapses. They soon become embroiled in the very adult and complicated lives of their entitled classmates that include sexual conquests and games, class and religious struggles, and mysteries surrounding the death of more than one classmate. There are also some satisfying redemption arcs and friendships that form along the way. Season three of Elite premiered in March.

Set in 1920s/1930s Madrid, Spain, Netflix’s Las Chicas del Cable, translated to Cable Girls, opens with a street-smart woman named Alba agreeing to steal from the telephone company for a corrupt cop to get out of her legal troubles. When she gets a job as a telephone operator under false pretenses, she encounters her first love who married into the family that owns the company. A love triangle spans the entire series as Alba bounces back and forth between her long-ago love and his best friend (frustratingly so at times), but her friendships with the other cable girls are just as important. The women support each other through marital troubles, political and social activism, war, murder, motherhood and more. The first half of the fifth and final season premiered earlier this year with the back half expected to be released later in 2020.