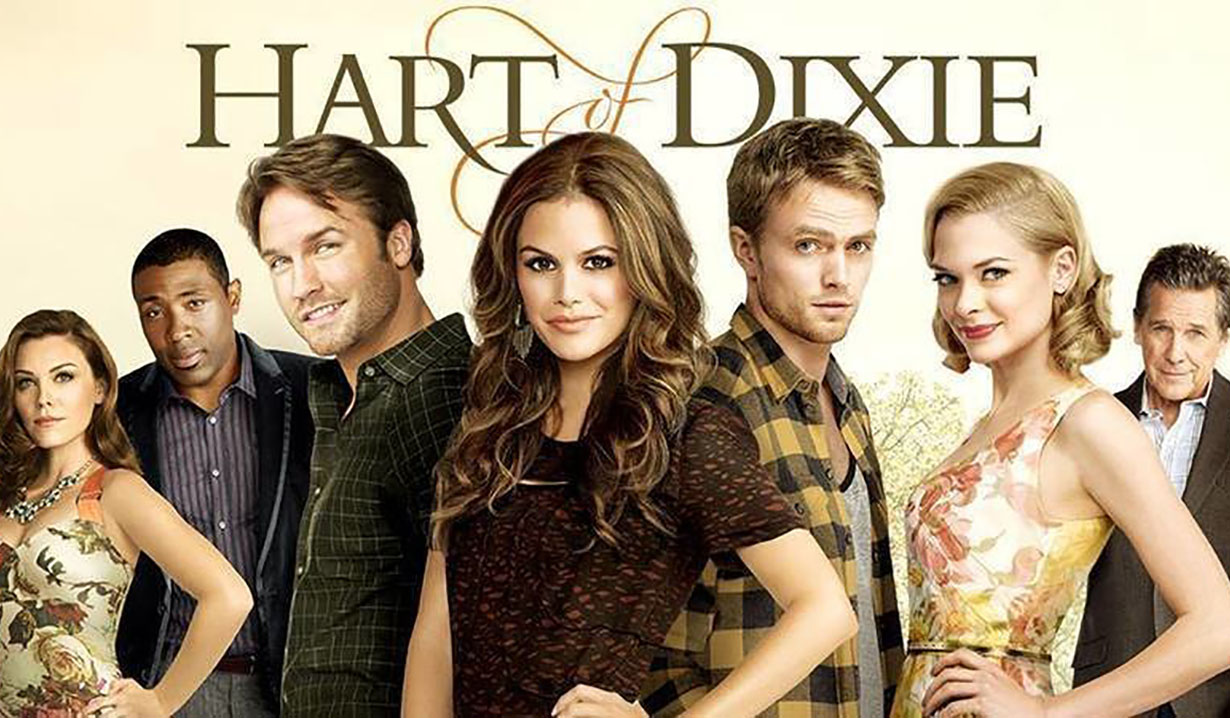 The pilot episode of Hart of Dixie grabbed us and kept us watching.

With self-isolation orders still in place, Soaps.com decided to take a closer look at the pilot of Hart of Dixie on Netflix, which premiered in 2011 and ended in 2015, is one of those shows I always meant to watch but never did. As a viewer, if a show doesn’t grab me in the first five minutes, I abandon ship quickly. I can’t tell you how many series Netflix wants me to continue to watch in my graveyard of neglected shows. That wasn’t the case with Hart of Dixie. And for those who enjoyed Virgin River, we have a sneaking suspicion that you may like this.

The series kicks off with Zoe Hart (Rachel Bilson) graduating from medical school with her entire life planned — valedictorian, a cute boyfriend and a residency in Manhattan. Nothing was going to alter that plan, even though a mysterious older man, Dr. Harley Wilkes (Nicholas Pryor), invites her to practice medicine in Bluebell, Alabama at her graduation. She curtly declines and forges ahead to the Big Apple.

Fast forward four years and things look very different for Dr. Zoe. She’s been dumped by her boyfriend, passed over for a big cardiothoracic fellowship and she’s been accused of having no bedside manner. With no plans for her medical future, she picks up a postcard from Dr. Harley, who had been sending her letters every year inviting her to practice medicine down South.

She hops on a bus and off she goes — a fish out of water. After being dumped on the side of the road to get to her final destination, a handsome hometown boy, who happens to be a lawyer, picks her up and drives her to Dr. Harley’s office. George Tucker (Scott Porter) is the golden boy in Bluebell and he’s engaged to Lemon Breeland (Jaime King). Lemon is the prettiest girl in town and her dad is Dr. Brick Breeland (Tim Matheson), the other half of Dr. Harley’s practice.

Dr. Zoe comes to town finding out that strangers aren’t welcome in Bluebell. She also learns Dr. Harley passed away but left his half of the medical practice to her. He knew she would show up one day, but why? Dr. Brick wants to buy out her share of the practice, but Dr. Zoe goes right ahead and begins working. Her first patient is Old Man Jackson (Moses Gibson), who is legally blind and manages to get a distracted Dr. Zoe to sign off on his eye exam for his driver’s license. This isn’t going to go well…

The one saving grace to Dr. Zoe’s new life in Bluebell is Mayor Lavon Hayes (Cress Williams). He is a former NFL player, who comes home to the state after playing at the University of Alabama. (Roll Tide!) He lives on the Mayor’s Plantation with his pet alligator, Burt Reynolds.

Dr. Zoe moves into the carriage house on Mayor Lavon’s property and has an encounter with Burt Reynolds. She’s a city mouse clearly in country mouse territory now. Good thing, our handsome hero, George, rescues her from an alligator attack. The dynamic duo has chemistry… but oh, he’s still engaged.

She meets Wade Kinsella (Wilson Bethel, Young and the Restless’ Ryder Callahan), who lives in Mayor Lavon’s gatehouse, after blowing a fuse in her carriage house because country electricity is so unreliable. He’s playing Rock Band with a bevy of half-dressed babes, which is so 2011. Dr. Zoe is rude, Wade isn’t going to help her and her night is about to get worse. George is run over by Old Man Jackson, who shouldn’t be driving, but she signed his paperwork for his driver’s license.

Dr. Zoe gets to pop George’s shoulder back into place. Dr. Zoe handles her bad day by buying boxed wine, getting drunk and making out with Wade in his car. She’s making really good life choices in Bluebell so far.

Lemon is mad because George’s cuts, scrapes and the arm sling will ruin their engagement photos and party. The whole town is coming except for Dr. Zoe, who isn’t invited. She decides to sign over her half of the practice to Dr. Brick and go back to New York City where she belongs.

Her mother, Candice Hart (JoBeth Williams), comes in a limo to take her back to the city, but Dr. Zoe gets one last medical call from Mabel (Ann Mahoney), the girl who she bought the boxed wine from at The Dixie Stop. Mabel had confided in her that she was pregnant, but she didn’t tell Dr. Zoe how pregnant she was. Naturally, the baby has decided to make an appearance at Lemon and George’s engagement party, where Mabel is a cater waiter.

Dr. Zoe runs over to the party with Mayor Lavon (They only let her in because she was his +1. Tough door policy!) and starts to deliver the baby. Dr. Brick comes in to help, along with the practice’s nurse, Emmeline Hattenbarger (Nancy Travis). The baby is safe, Dr. Zoe’s bedside manner is developing nicely and Nurse Emmeline drops a bomb on our city doctor. Nurse Emmeline forgot to tell Dr. Zoe that Dr. Harley was her dad. That’s kind of an important piece to the puzzle. Good thing her mom is in town to answer some very awkward questions. Zoe’s mom had an affair with Dr. Harley on a cruise while she was engaged to Zoe’s father-not father. Candice said Dr. Harley was “not our kind of person” so she didn’t marry him or let him raise Zoe. Sometimes the city folks don’t understand the goodness of country folks.

A light bulb goes off in Dr. Zoe’s head. She sends her mom back to her life of manicures and martinis while she decides to find her Hart… or her heart in Bluebell. Will it be George? Will it be Mayor Lavon? Will she continue to make bad choices with Wade? Or will she be smart and choose to love herself? I only have four more seasons of Hart of Dixie to discover those answers. Let Soaps.com know if this show is something you’ve seen or that you, like us, are hooked and adding all four seasons to your playlist on Netflix or YouTube, Prime Video, Vudu or Google Play.

Our mission is to be your go-to resource for all things SOAPS. We only feature products we think you’ll love. Please note that if you purchase something by clicking on a link within this story, we may receive a small commission of the sale and the retailer may receive certain auditable data for accounting purposes. 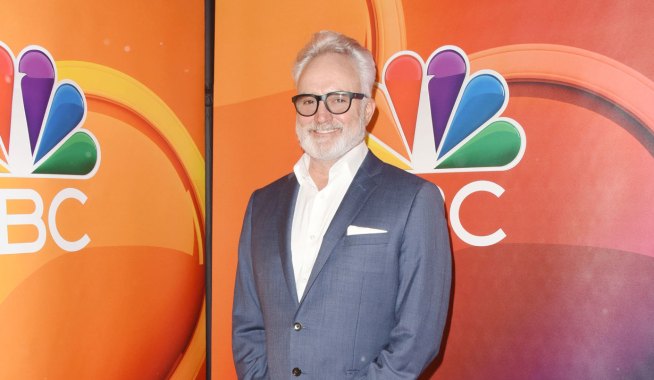 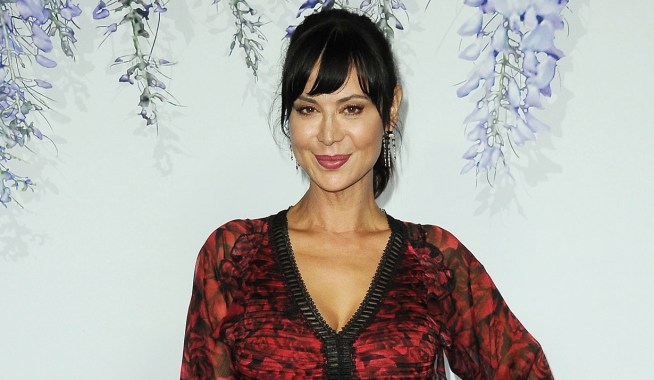