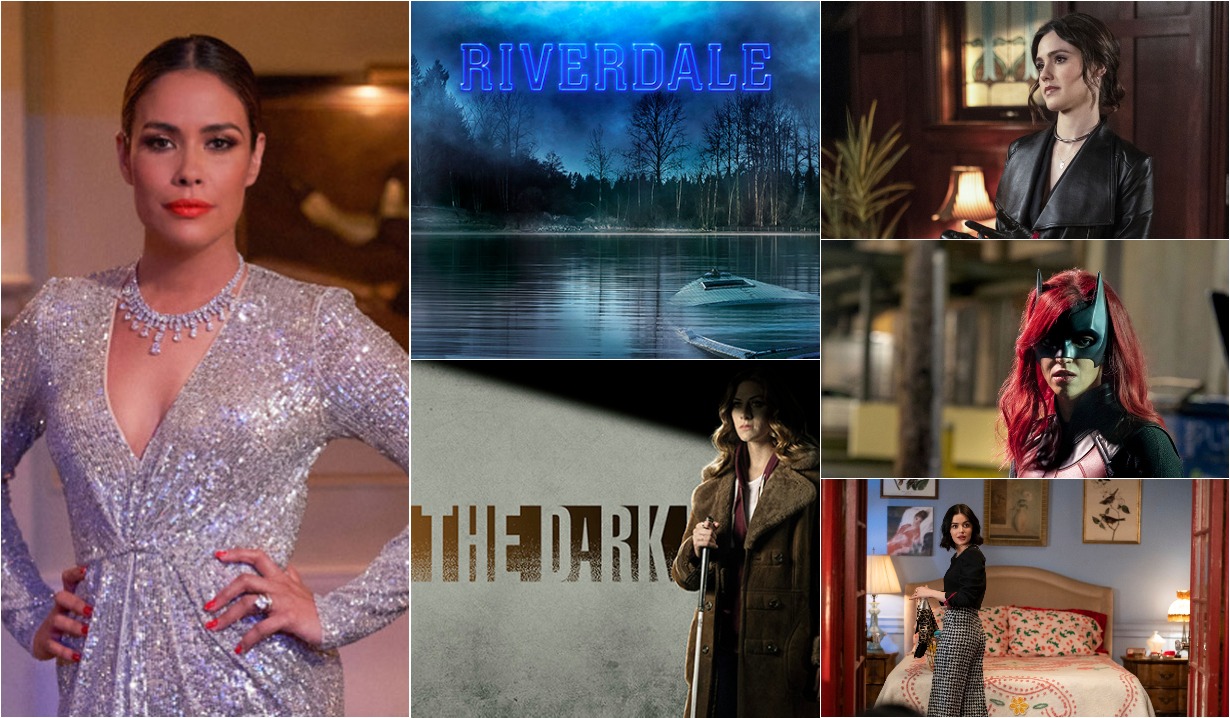 New episodes, a season finale and a Dynasty actress drops in on Whose Line is It Anyway?

Most shows are now back on track with fresh episodes, while Charmed is calling an end to its season (sob!). Find out everything you need to know about what super (and super-hilarious) goings-on are happening on The CW and check out these listings from Soaps.com for the week of April 26, 2020…

More: CW teasers for the week of April 19

Whose Line Is It Anyway?
Host Aishya Tyler, along with regulars Ryan Stiles, Wayne Brady and Colin Mochrie, work through improv games prompted by the studio audience, with guest Chris De’Sean Lee helping out. (8:00 PM – 8:30 PM)

Whose Line Is It Anyway?
More improvisational laughs (this episode airs from 8:30 PM – 9:00 PM) with the gang joined by Dynasty’s Elizabeth Gillies (Fallon). (Original airdate: July 8, 2019)

Roswell, New Mexico
In Como La Flor) (English: “Like the Flower,” also the title of a Selena song) (9:00 PM – 10:00 PM) features Liz (Jeanine Mason) forced to visit a painful episode in her past when her mother Helena (Bertila Damas) crashes dinner. Michael (Michael Vlamis) suggests Maria (Heather Hemmens) get help after she sees a strange vision, and Kyle (Michael Trevino) hopes to get Steph (Justina Adorno) to open up.

The Flash
Time for Liberation (8:00 PM – 9:00 PM) as Barry (Grant Gustin) and Iris (Candace Patton) face enormous changes when they put their life together under a magnifying glass. Eva (Efrat Dor) also has a bold move in mind.

DC’s Legends of Tomorrow
Alas, there will be no sweet tarts or fluffy rolls created during The Great British Fake Off (9:00 PM – 10:00 PM) as Sara (Caity Lotz) recuperates from her battle and Charlie (Maisie Richardson-Sellers) wonders if something might not be right with her. Elsewhere, Constantine (Matt Ryan) and Zari (Tala Ashe) are still looking for the Loom and end up in a 1910 boarding house with a bunch of out-of-time Encores.

More: Read How To Get Away With Murder recaps

Bulletproof
Go back to the beginning with Episode 1 (9:00 PM – 10:00 PM) as the death of an informant leads Pike (Ashley Walters) and Bishop (Noel Clark) to discover a luxury car theft ring. Two members of the team are taken hostage, which leads Bishop to shoot Jonesy (David Elliot) accidentally – but a visit to the ER leaves Bishop wounded.

More: Interview, when Daytime Emmy nominations will be announced

Katy Keene
Meta Gala pressure is rising in Chapter Eleven: Who Can I Turn To? (8:00 PM – 9:00 PM) as Katy (Lucy Hale) is pulled between her new roles. While taking a designing risk for the Gala, she also hears back from Parsons. Meanwhile, Pepper (Julia Chan) makes a splash at the Gala to promote Josie (Ashleigh Murray) and the Pussycats and the Pepper Plant, but it might all go wrong.

In the Dark
In Son of a Gun (9:00 PM – 10:00 PM), Murphy (Perry Mattfeld) turns her attention from Max (Casey Deidrick, ex-Chad DiMera, Days of our Lives) as Guiding Hope’s surplus makes them the target of attention from IRS agent Josh (Theodore Bhat). Jess’ (Brooke Markham) interest is piqued by a new employee, while Felix (Morgan Krantz) takes matters into his own hands and Dean (Rich Sommer) comes closer to finding information he can use against Nia (Nicki Micheaux).

Charmed
Season finale alert! In Unsafe Space (8:00 PM – 9:00 PM), The Charmed Ones have to stop the Faction from reaching the sacred tree in the Command Center to avert disaster. Meanwhile, Mel (Melonie Diaz) has a surprising meeting with Ruby (Bethany Brown), newfound powers for Maggie (Sarah Jeffery) may have a sharp edge, and Harry (Rupert Evans) and Macy (Madeline Mantock) see a new twist in their relationship.

How to Get Away With Murder Recap:...