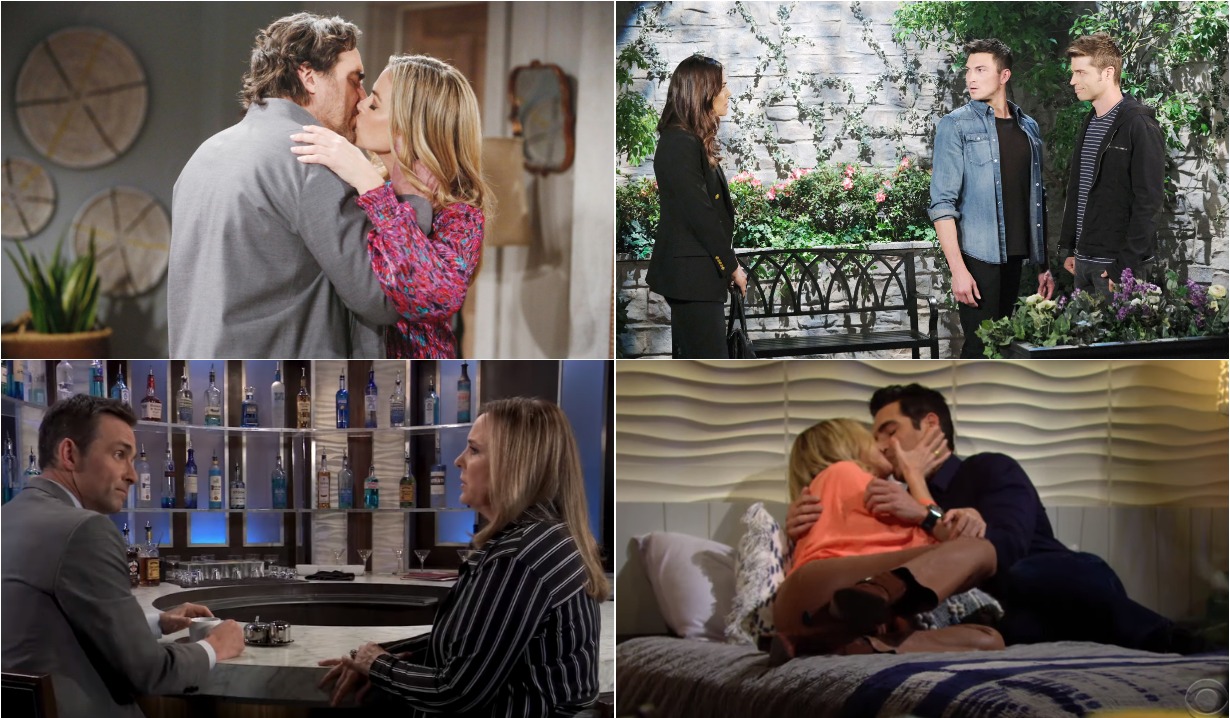 Struggles, a fight for love, a face-off and an ultimatum.

Soaps.com looks back at last week’s, April 13 – 17, episode highlights for Bold and the Beautiful, Days of our Lives, General Hospital and Young and the Restless. Plus, take a peek at some teasers to come for each soap opera…

First on The Bold and the Beautiful, Ridge and Shauna shared a wild drunken night in Vegas. After Brooke learned where he was, Ridge woke up back at the Forrester mansion the next day with no recollection of what happened the night before. Flo wanted Sally to move out of Wyatt’s, but when Sally pretended that she was getting worse, he couldn’t let her leave. And Flo accessed Sally’s medical record on Doctor Escobar’s laptop and was stunned. Coming up: Bill won’t give up on Katie.

On Days of our Lives, Sarah dumped Xander at the altar for switching her child with Brady and Kristen’s. Nicole and Eric told Brady the truth, and Brady revealed their child was alive to a stunned but overjoyed Kristen. However, Sarah cracked and kidnapped the child rather than give her up. Steve recalled who he was, and learned of the events of the past year, including Adrienne’s death and being brainwashed into becoming Stefano. Kayla faced a choice of staying with Justin or returning to Steve. Coming up: Kristen stabs Victor.

Over on General Hospital, Dr. Obrecht learned she was being sent to The Hague for trial, and Robert promised to keep an eye on Maxie and James for her. Peter remained suspicious that Robert hadn’t given up investigating him. Sasha, Chase, Willow, and Michael continued to consider the idea of Michael and Willow getting married to help Michael’s custody case against Nelle. At Violet’s birthday party, Charlotte hid her pet snake in Ava’s purse, causing quite a commotion. Coming up: Julian catches the attention of an unwelcomed source.

And on The Young and the Restless, Victoria told Alyssa that Adam used her to become CEO of Newman and isn’t printing her story. Later, Victoria informed Billy that she may have a story for Chancellor Media. Nick confronted Adam after learning he took over Newman and doubted his story that Victor was a murderer. Meanwhile, Victor finally confessed to what really happened in Kansas to Nikki, leaving her stunned, but with a better understanding of the current situation. And realizing Theo was up to no good, Kyle and Summer set a trap for him. Coming up: Theo gets fired from Jabot.

Can’t Make It To The Salon? This Eyebrow Hair Remover Will Shape Your Brows For Just $17