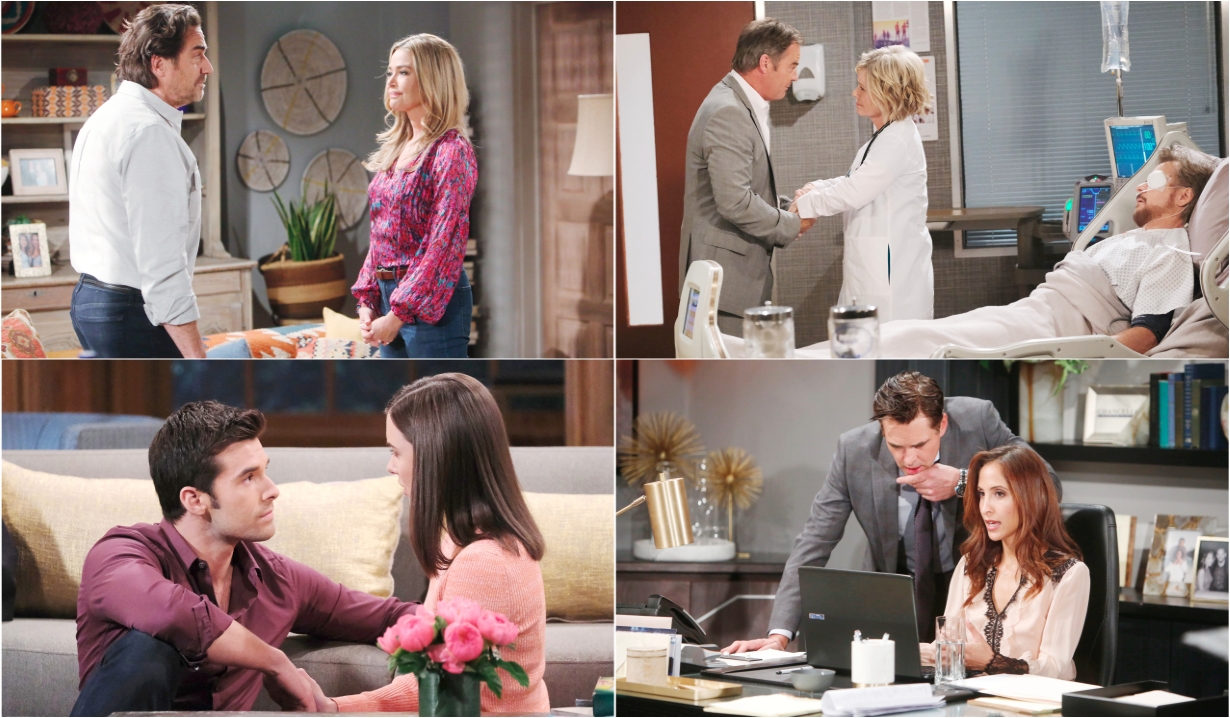 Soaps.com gives you something to look forward to with the spoilers for the week of April 13 – 17 for The Bold and the Beautiful, Days of our Lives, General Hospital, and The Young and the Restless, plus Days and GH spoilers from April 20 – 24.

Shauna continues pulling out all the stops to make sure that what happens between her and Ridge in Vegas won’t end there. As she continues to impress her passion on him, Brooke widens her search and stalks after them, determined to put an end to this romance. Meanwhile, Sally is fit to explode but she’s going to have to work hard to hide it. She’s discovered that Penny has fallen under the influence of Flo. Things continue to slip away from her control as the blonde demands that she move out and Wyatt doesn’t seem willing to put a halt to these orders. Across town, Bill is venting his outrage at Quinn and starts to threaten her for exposing his kiss with Brooke. But Quinn refuses to be cowed by potential calamity and won’t apologize to Katie for possibly costing her a future with Dollar Bill. Read Soaps.com’s The Bold and the Beautiful spoilers to see what happens when Flo goes snooping.

It’s Sarah and Xander’s wedding day, but it might not be down the aisle that they are marching. Eric may want to march Xander straight over to the police after he confronts him about his role in the baby swapping. Will all of this turmoil be enough to turn Sarah off? Whatever she decides, it leaves a few people in shock. Across Salem, the shocking news about Rachel hits Brady and Kristen hard. Disturbing news seems to be rippling all across town. Steve has barely recovered control of his body when Kayla tells him that she’s now with Justin. Jack pops up and pushes him to fight for Kayla. And Hope continues to fight to keep a hold of her sanity as she copes with her past as Princess Gina. Read the Days of our Lives spoilers to discover who is battling with Orpheus over David.

Michael is starting to feel overwhelmed by his situation and he’s not the only one. Willow is leaning hard on Chase for comfort in the middle of a difficult time. She just can’t get her mind off of Wiley. Michael can hardly even leave his son’s side. Nelle doesn’t have that problem and is running around town. She bumps into Valentin and they push ahead with the latest step in their scheme. Across Port Charles, things get ugly as conflict increases between Sonny and Nikolas. The Corinthos soon finds himself feeling surprised. Finn is startled by how far he’s gone in giving Violet the party he thinks she deserves. The event itself turns out to be an emotional rollercoaster. Eventually, Robert shows up to rain on someone’s parade. Take a look at our General Hospital spoilers to find out who is sneaking around.

Things keep getting more intimate for Nate and Amanda, but this doesn’t seem to be panning out so well for everyone else. Nick and Phyllis leave town to try and solidify their bond, but the mood is quickly ruined. Nick gets some news that leaves him disturbed. Could this have something to do with the latest power play pulled by Adam and Chelsea? Or is this because of Victor’s latest antics? He’s making demands while Nikki is trying to keep the peace, but she may not be feeling very peaceful after he makes a confession to her. Across Genoa City, Billy isn’t giving anyone any peace as he chases after his latest lead. Lily is still having a hard time figuring out how they should be dealing with each other. And Summer and Kyle try to set a trap while Jack stumbles onto something he wasn’t expecting. Visit The Young and the Restless spoilers to learn who comforts Sharon. 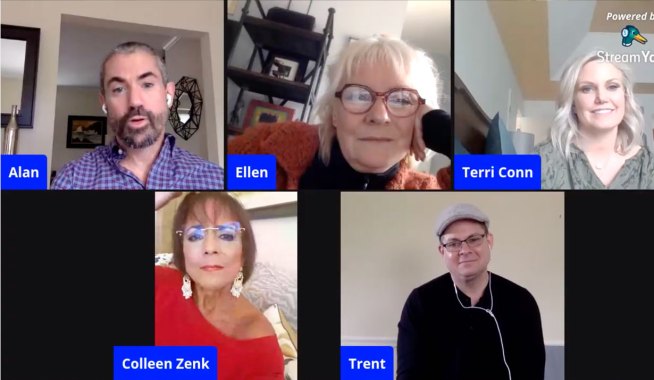 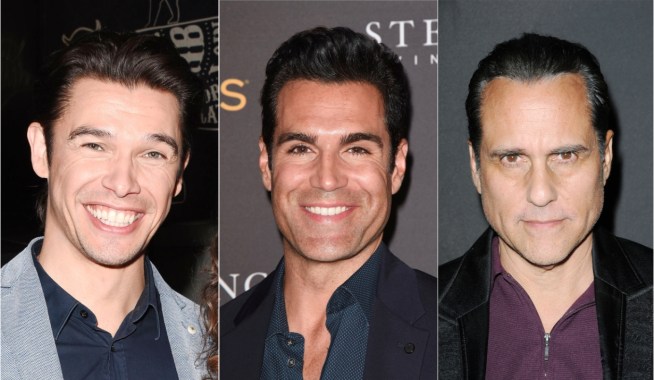