How to Get Away With Murder Recap: Gabriel Comes Face to Face With Asher’s Killer 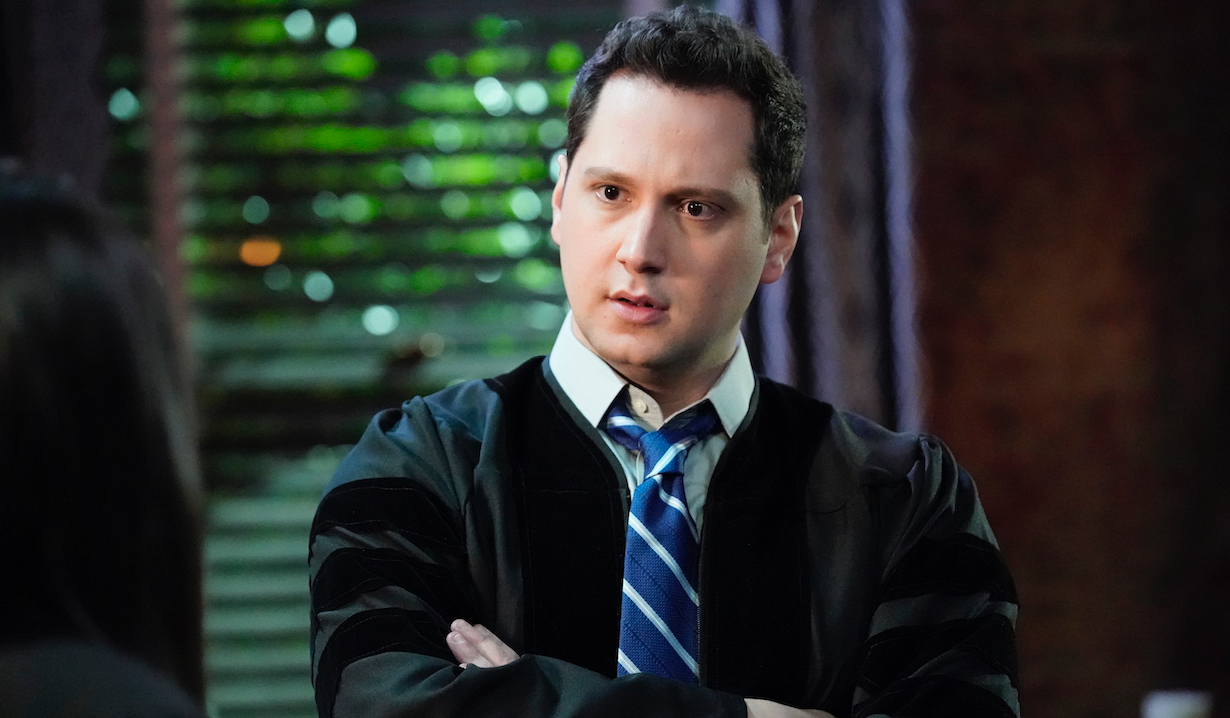 In last week’s HTGAWM recap, Annalise was arrested while Connor and Michaela took deals to turn on their mentor. Soaps.com now has the season 6 episode 11 recap where Gabriel figures out who murdered Asher, which could put him in danger.

In court, Annalise is charged with possession of a false identification document and passport forgery. Puzzled, the judge asks the AUSA, “That’s it?” Annalise pleads not guilty and asks for release on her own recognizance.

Fitted with an ankle monitor, Annalise wakes up in her bed with her mother who is staying with her. She heads to the bathroom to privately call Tegan. Annalise wants to talk out strategy because she knows the AUSA plans to bring more charges against her. Tegan wants her to take a breath and they engage in friendly banter. The next day, Frank and Bonnie stop by. They think it’s suspicious they haven’t heard from Connor or Michaela, but Frank assures Annalise they’ll help her beat this. Annalise asks Bonnie if she’s going to Asher’s funeral. Bonnie solemnly responds, “He did this to himself.” She leaves to file a motion to obtain the list of the charges to come.

After picking up her brother’s things from across the hall, Chloe knocks on Gabriel’s door. She accuses Gabriel of killing Asher. He denies it but she knows Gabriel lied to the FBI. To prove it, she quickly finds the phone Asher called her from before he was killed.

In a flashback, Asher uses Gabriel’s phone to urgently call Chloe. He needs her to pick him up at his place. She’s in Atlantic City but calls him a car. As he waits, Asher records a video on Gabriel’s phone. When he’s done, someone Asher’s relieved to see comes to the door. Gabriel hears a thud outside his apartment. He gets on the floor to look under it and sees someone hitting Asher with the fire poker. Gabriel sees the profile of a woman with dark wavy hair as she flees.

Back in the present, Chloe asks why Gabriel lied to the FBI. Gabriel doesn’t trust them and didn’t think they needed to know he talked to Asher that night. Chloe’s unconvinced but relays that the FBI knows Asher used his phone since they’re who told her about it.

Gabriel visits the Feds to turn in his phone and amend his statement. Afterward, he calls his mother to tell her he needs her. 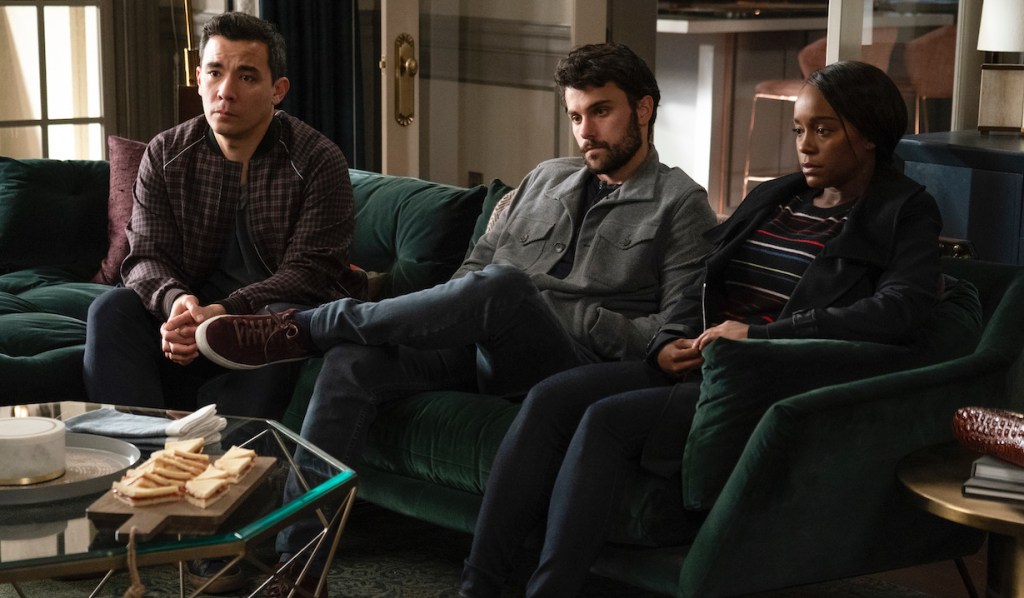 After winning the motion, Bonnie and Frank meet with Annalise at home. They go through her charges, which include Sam’s murder. Annalise says, “The little bitches turned.” However, she tells Frank and Bonnie they have to play nice and texts the kids to come over. After conferring with the Feds, a nervous Michaela, Connor, and Oliver show up. Annalise pretends not to know they turned on her and tells them they need to stick together. She also informs a surprised Michaela her father was the one who ratted her out to the FBI.

After Tegan meets with the AUSA, she tells Annalise they are establishing a pattern of arson against her due to her recent home and childhood home burning down. Annalise won’t tell Tegan who the real arsonist of the latter was, but assumes Nate, who had knowledge of it, was the one who fed that information to the government and cut his own deal. Later, Annalise has a private heart to heart with her mother about her past abuse. Ophelia encourages her daughter to stop protecting everyone else – Nate, Michaela, Connor – and only worry about herself.

Gabriel enters Asher’s apartment to find Oliver, Connor, and Michaela mourning their friend. As Michaela rants at Gabriel, he flashes back to seeing the profile of a woman with curly brown hair flee after killing Asher. Back in the present, Gabriel asks if Laurel is back. When he’s told no, he nervously leaves.

Gabriel rushes back to the Feds. He knows who killed Asher – Laurel Castillo. 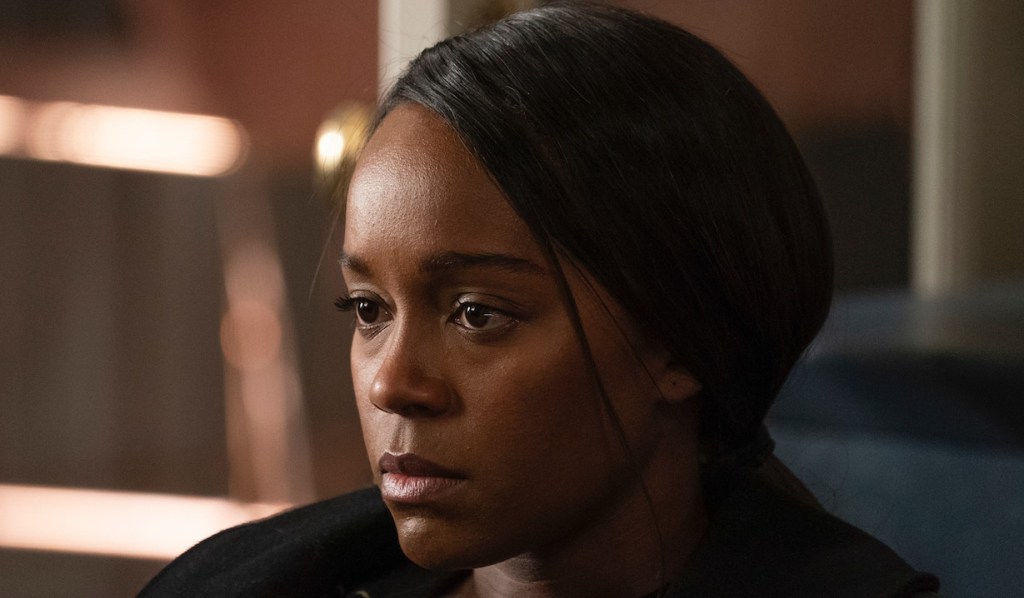 Back at home, Michaela gets an email from the Feds containing the video Asher filmed on Gabriel’s phone. In it, he tells Michaela, Connor, and Oliver they lost themselves but they still have good in them. Asher adds that he will always love Michaela and asks them to not hate him.

In a flashback, the person who comes to Asher’s door is a woman who was previously seen working with Xavier Castillo and “mistakenly” knocking on Annalise’s door. Asher asks her to take him home to his mom. She says, “Let’s go,” and then hits him with the poker in the hallway.

As the trio toasts to Asher at home, Gabriel arrives to tell them he knows who killed Asher. In a flashback, Gabriel meets with Asher’s point person at the bureau – Special Agent Pollack, a.k.a. the woman who killed Asher. Gabriel looks nervous when he recognizes the earrings she’s wearing. Back in the present, he says, “It was the FBI.”