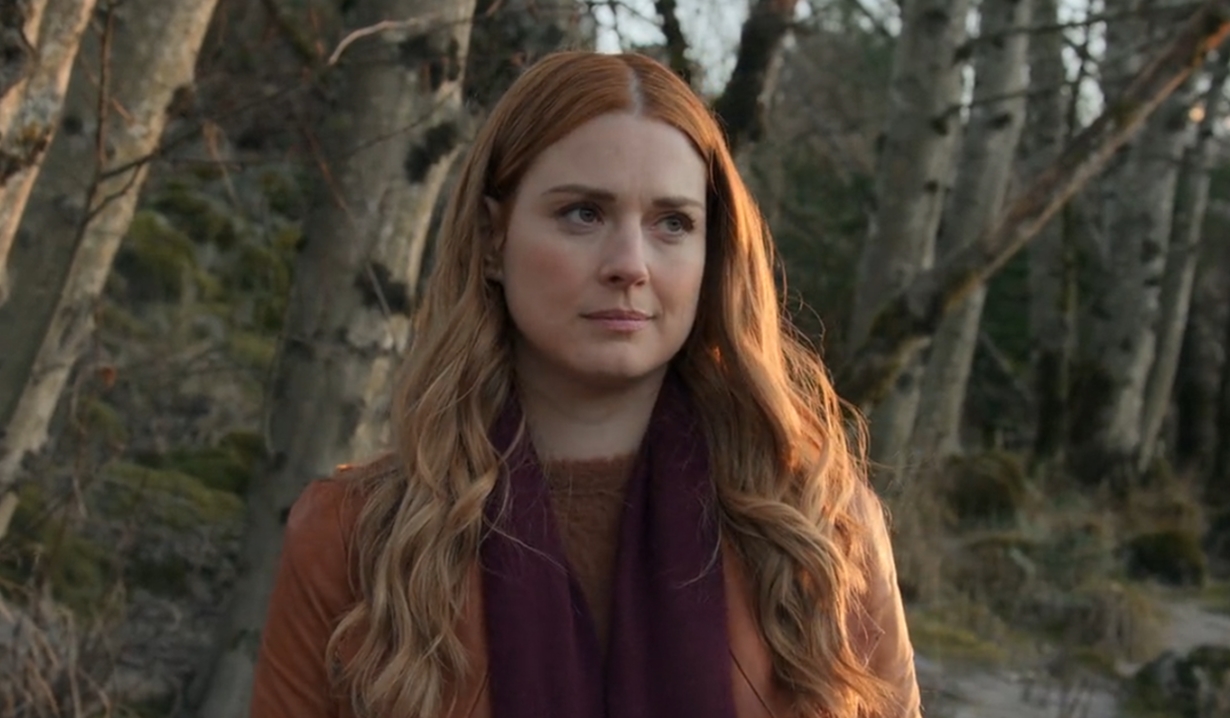 Netflix series is set in a picturesque small town full of drama and interesting characters.

Looking for something new to watch during isolation? Virgin River is romantic drama perfect for soap opera fans that debuted on Netflix in 2019. Based on the novels of the same name by Robyn Carr, the series surrounds Melinda ‘Mel’ Monroe, a woman who answers an ad for a midwife and nurse practitioner in the remote California town of Virgin River and relocates from Los Angeles in an attempt to leave behind her painful past. Alexandra Breckenridge, who some may know as This is Us’ Sophie, or as Jessie on The Walking Dead, stars as Mel. Notably, the premise is reminiscent of Hart of Dixie, as Mel arrives to a cool reception from the town doctor, Doc Mullins, who is played by Tim Matheson, the same actor who played Bluebell’s Dr. Brick Breeland. I was drawn in by the instant chemistry between leads Mel and Jack (Grey’s Anatomy’s Martin Henderson) and binged the entire first season over a few days. Keep reading for Soaps.com’s synopsis of the first episode of Virgin River…

Mel’s trip to Virgin River does not get off to a good start as her car’s run into the ditch by a truck while traveling at night. She accepts a ride from an older man who takes her to the McCrea cabin, the accommodations that came with the nurse practitioner job. The place is totally rundown – far from the photo in the job ad. Things go from bad to worse when Mel explains to the man that she’s there to help out Doc Mullins, who is in his seventies and apparently unable to handle his practice alone anymore, and then learns her very offended rescuer is, in fact, Doc Mullins, who was unaware the town mayor, Hope McCrea (Smallville’s Annette O’Toole) had hired her.

Inside the cabin, Mel meets a frazzled Hope, who is cleaning a bird’s nest out of the oven, and is sent up the road to eat at Jack’s Bar, the only place in Virgin River you can get a meal. Jack Sheridan, an ex-Marine, is impressed by her ability to shoot whiskey and her beauty. They banter as she fills him in on her experiences thus far and he walks her back to the cabin. On route, she tipsily explains she’s stuck there as she sold her house and quit her old job against her sister, Joey’s (24’s Jenny Cooper) advice. Once alone, Mel flashes to moving into a new home with her husband, Mark (The Originals’ Daniel Gillies), then cries. 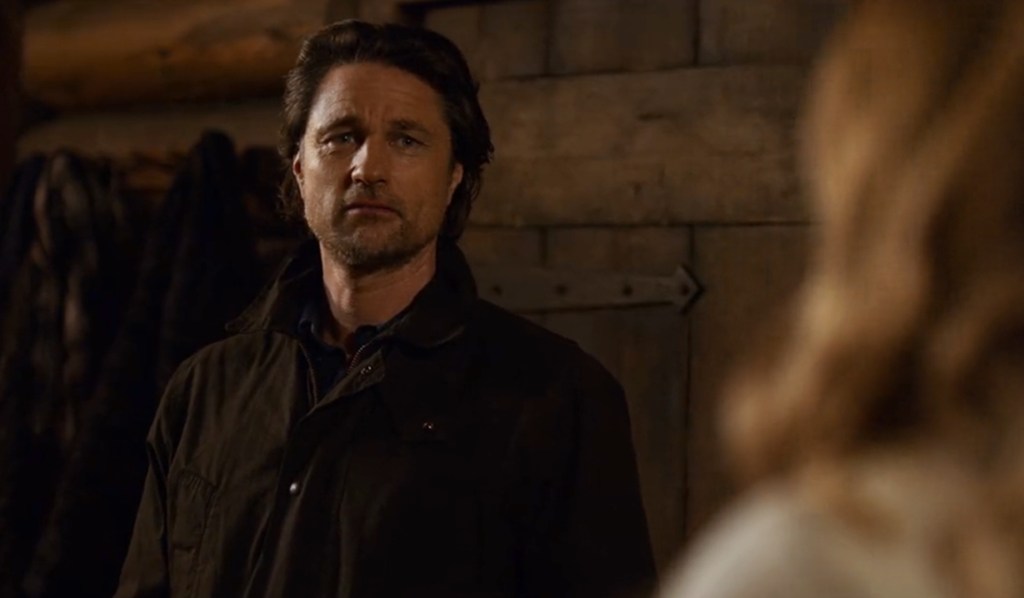 The next morning, Mel finds Jack’s left coffee at her door. Over at the restaurant, Jack’s employee, Preacher (Riverdale’s Colin Lawrence), needles him about walking Mel home the night before. Jack points out she was wearing a wedding ring. At Doc Mullins’ office, he doesn’t want Mel working there and warns trespassers can be shot on sight. A confrontation ensues between Mayor McCrea and Doc Mullins, who clearly have history. Mel makes a tearful call to her sister, who tells her to stop punishing herself for what happened and come home. Mel disconnects and ends up back at Jack’s Bar, where she’s befriended by bakery truck owner, Paige (Aurora Teagarden Mysteries’ Lexa Doig).

Once Doc Mullins has agreed to give Mel a 30-day trial run, it’s decided she’ll move into the local bed and breakfast as Jack has offered to fix up the cabin. A new day brings Jack’s friend, Brady (Code Black’s Benjamin Hollingsworth) back to town before Jack takes Mel on a walk along the picturesque river, where they spend time sharing snippets about their pasts – she’s worked in an L.A. Emergency Room and he’s been to war. After, at work, Mel examines a pregnant young woman, drawing the ire of Doc Mullins, who didn’t want her seeing patients yet. At the bar, Preacher warns Jack that money’s gone missing just as he learns the troubled Brady has returned. Jack covers for Brady.

More: How to bingewatch Grace and Frankie

Frustrated after Doc Mullins relegates her to keeping the coffee pot full and filing, Mel gives Hope her notice. That night, she fiddles with her wedding ring, while flashing to a happier time with her husband and sister, then sobs on her bed. During her morning run, Mel passes Doc Mullin’s closed office, where Jack calls out – he has found a baby abandoned in a laundry basket on the front porch and needs her help. 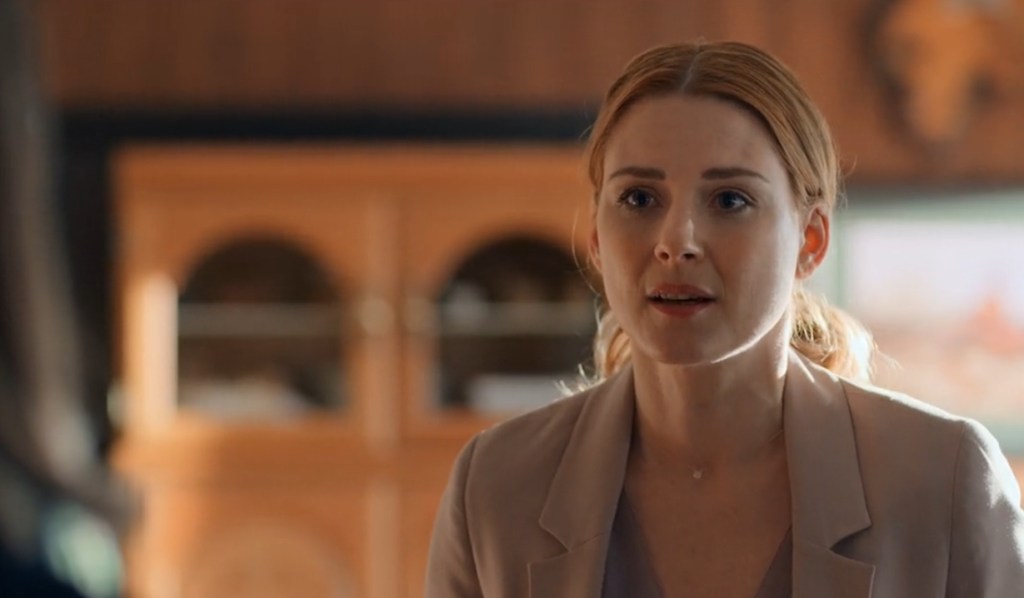 You can get the rest of the details of Virgin River’s first episode and watch the series on Netflix if you think it sounds bingeworthy. Virgin River was renewed for a 10-episode second season due out this year. 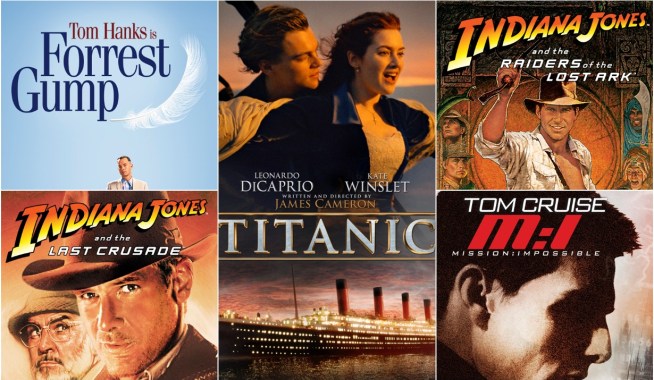 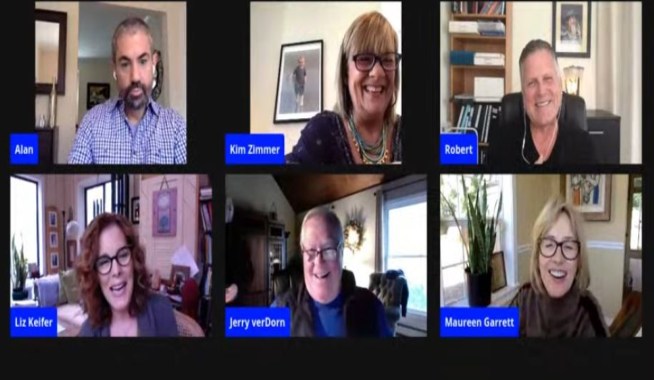