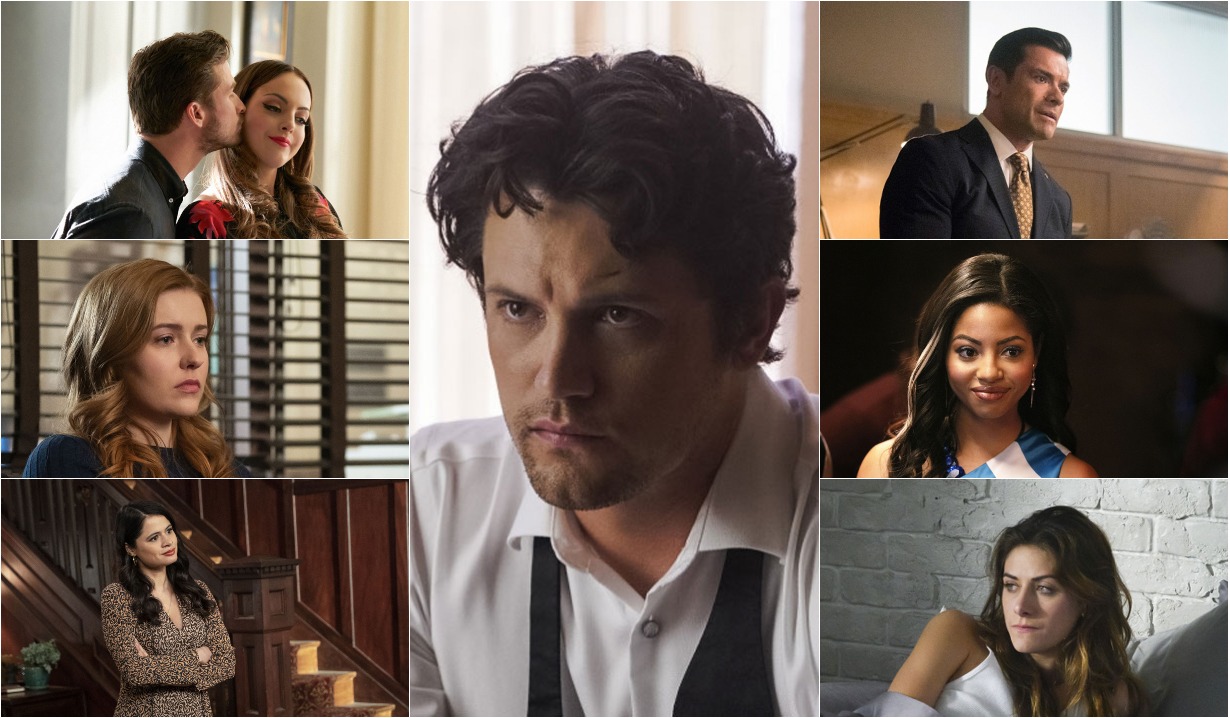 Amid all the superhero antics at The CW, it looks like this week will have a sprinkle of magic, extra improv chuckles, and a visit from some ex-royals to keep you glued to the tube. Check out these listings from Soaps.com for the week of April 19…

More: CW teasers for the week of April 12

Whose Line Is It Anyway?
Host Aisha Tyler, along with regulars Ryan Stiles, Wayne Brady and Colin Mochrie work through improv games prompted by the studio audience, with guest Charles Esten by their side. (8:00 PM – 8:30 PM)

Whose Line Is It Anyway?
More improvisational laughs (this episode airs from 8:30 PM – 9:00 PM) with the gang joined by Jonathan Magnum. (Original airdate: July 1, 2019)

Roswell, New Mexico
Anyone up for some Sex and Candy) from (9:00 PM – 10:00 PM)? iZombie’s David Anders is a mysterious boot maker whose home becomes the subject of an investigation by Maria (Heather Hemmens), who’s looking into her mom’s disappearance. Alex (Tyler Blackburn) tags along for help. Elsewhere, Isobel (Lily Cowles) is on a journey of self-discovery and falls into the arms of an unexpected someone.

DC’s Legends of Tomorrow
Let’s get things straight: It’s Zari, Not Zari (9:00 PM – 10:00 PM) as Sara (Caity Lotz), Constantine (Matt Ryan) and Charlie (Maisie Richardson-Sellers) visit British Columbia in their search for the Loom, but run into unforeseen complications. Zari (Tala Ashe) isn’t feeling like herself, so she goes on an inward journey at the suggestion of Behrad (Shayan Siobhan).

People Presents Harry & Meghan: A Royal Rebellion
By royal decree (or maybe ex-royal decree), there’ll be no Riverdale or Nancy Drew this week, as the Duke and Duchess of Sussex (who do get to keep their title despite stepping away from Buckingham Palace) take over with a two-hour special, from 8:00 PM to 10:00 PM, that breaks down their love story and surprising exit from royal life. People magazine reporters in New York and London help tell the story chronologically through interviews, archival footage, animations and graphics. Find out what a “duchess” is, anyway! Fun fact: Did you know Meghan Markle once played Jill on General Hospital in 2002?

Katy Keene
An allegation against Gloria (Katherine LaNasa) sends Katy (Lucy Hale) into investigation mode in Chapter Ten: Gloria (8:00 PM – 9:00 PM), but it turns out she might actually have turned up something about her mother. Josie (Ashleigh Murray) and the new Pussycats have a bit of a cat fight and leave Josie’s pal Kevin Keller (Casey Cott) to remind her that she’s changed. Jorge (Jonny Beauchamp) offers Bernardo (Ryan Faucett) a curious relationship proposition, but he doesn’t get the answers he’d hoped for.

In the Dark
With Cross My Heart and Hope to Lie (9:00 PM – 10:00 PM), Murphy (Perry Mattfeld) has a surprise visit, as the Guiding Hope team works on a plan to camouflage their new business. Darnell’s (Keston John) visit with Nia (Nicki Micheaux) goes unexpectedly while Dean (Rich Sommer) lands a new mission.

Penn & Teller: Fool Us
Charmed or Dynasty have vanished this week – as if by magic! Instead, Virtual Reality (8:00 PM – 9:00 PM) casts a new spell as aspiring magicians are invited to perform their best trick to try and put one over on Penn & Teller. Featured tonight: Woody Aragon, Denny Corby, Sinbad Max and John Walton. (Original airdate: September 30, 2019)

Whose Line Is It Anyway?
If you didn’t get enough Whose Line on Tuesday, here’s the first of two more episodes, as host Aisha Tyler and regulars Ryan Stiles, Wayne Brady and Colin Mochrie work through improv games prompted by the studio audience, with guest Brad Sherwood by their side. (8:00 PM – 8:30 PM) (Original airdate: September 9, 2019)