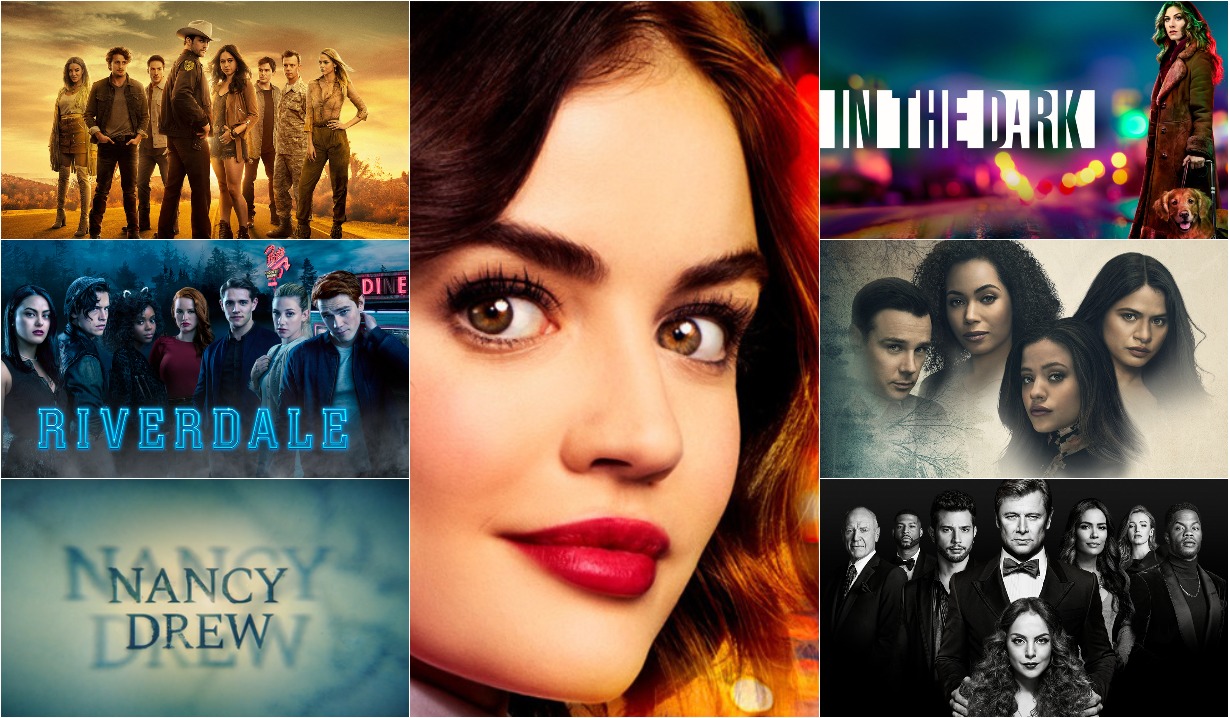 Riverdale gets musical, Batwoman battles demons & In the Dark has its season premiere.

Since we’re all trying to power through these days, there’s no better place to turn than The CW for a power-packed punch of programming. Plus, this week we can finally reveal when you’ll be getting new episodes from your favorites! For now, ‘check out’ read these listings from Soaps.com for the week of April 12:

Batwoman
Someone’s getting An Un-Birthday Present (8:00 PM – 9:00 PM), as the Kane sisters Kate (Ruby Rose) and Alice (Rachel Skarsten) try to celebrate while also dealing with demons from their past. Plus, there’s an unexpected guest coming to the party! (Original airdate: January 26) New Batwoman episodes begin airing April 26.

More: CW teasers for the week of April 5

Whose Line Is It Anyway?
Regular guest Greg Proops shows off his improv chops from 8:00 PM – 8:30 PM with fellow spontaneous regular comedians Aisha Tyler, Ryan Stiles, Wayne Brady (Bold and the Beautiful’s Dr. Reese Buckingham) and Colin Mochrie as they work through improv games prompted by the studio audience.

Whose Line Is It Anyway?
More improvisational laughs (this episode airs from 8:30 PM – 9:00 PM) with the gang joined by The Real‘s Adrienne Houghton for more fun and games. (Original airdate: August 26, 2019)

Roswell New Mexico
There are complications with Max’s (Nathan Dean) pod, which force Liz (Jeanine Mason), Michael (Michael Vlamis) and Isobel (Lily Cowles) to discover that they might not be able to save him, in I’ll Stand By You (9:00 PM – 10:00 PM). And bonus soap alert: General Hospital‘s Kimberly McCullough directed the Roswell NW episode.

Riverdale
Having already staged Carrie: The Musical and Heathers: The Musical, Kevin (Casey Cott) decides it’s time for a variety show at Riverdale High in Chapter Seventy-Four: Wicked Little Town (8:00 PM – 9:00 PM). But Mr. Honey (Kerr Smith, As the World Turns’ Ryder Hughes) refuses to allow a number from Hedwig and the Angry Inch, so Kevin and the gang react by turning the show into a full-fledged Hedwig extravaganza! (Original airdate: December 10)

More: Tearjerker, This Is Us recap

Katy Keene
As Katy (Lucy Hale) works on finding a place in her new position, she seeks out advice from Gloria (Katherine LaNasa) in Chapter Nine: Wishin’ & a-Hopin'” (8:00 PM – 9:00 PM). Alex (Lucien Laviscount) is angling to get The Pussycats together again, but not everyone agrees what that should look like, as Jorge (Jonny Beauchamp) is happy to bring his new beau and new pal together … with unexpected messy results.

In the Dark
Season premiere alert! In All About the Benjamin (9:00 PM – 10:00 PM), Murphy (Perry Mattfeld) is recovering from a harrowing experience with Dean (Rich Sommer) but a visit from Nia (Nicki Micheaux) gets her in gear again. Elsewhere, Jess (Brooke Markham) and Felix (Morgan Krantz) have to act fast to get themselves out of Nia’s crosshairs and maybe even save Guiding Hope.

Charmed
A sudden problem leads Mel (Melonie Diaz) and Maggie (Sarah Jeffery) to get help from their father in Don’t Look Back in Anger (8:00 PM – 9:00 PM), while Macy (Madeleine Mantock) uncovers a shocking secret about her past.

How to Get Away With Murder Recap:...