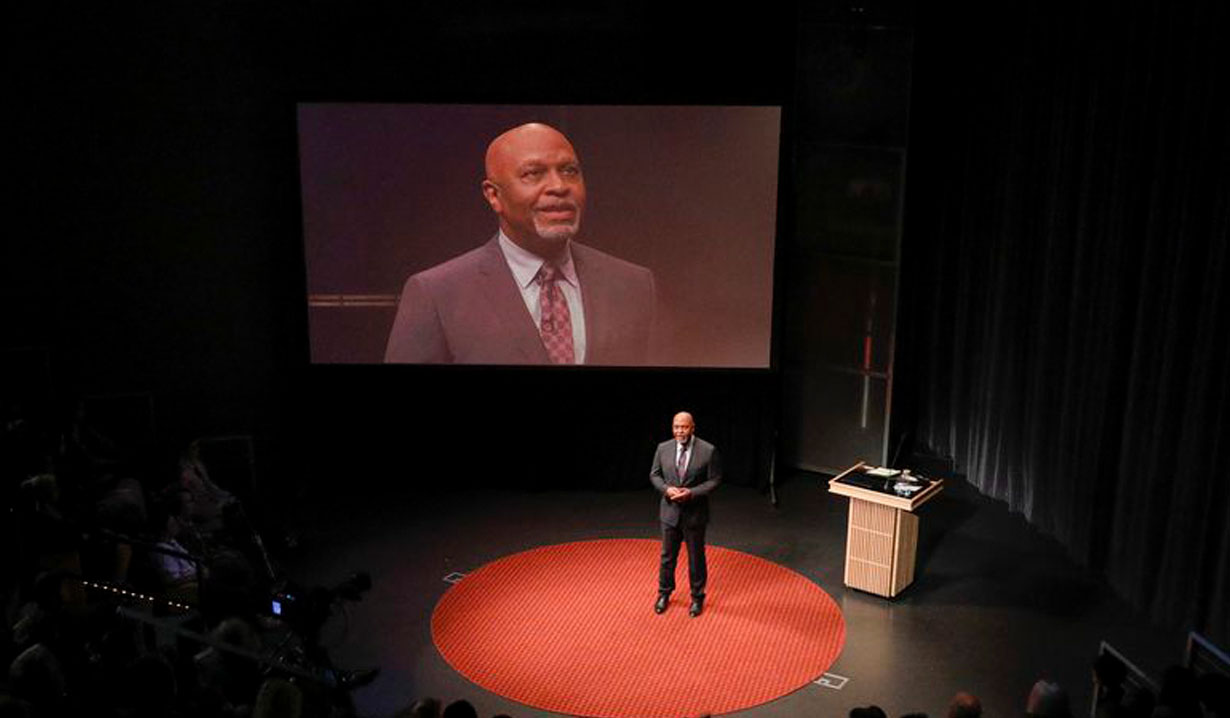 Maggie and Teddy run into old colleagues, while Hayes reflects on his late wife.

In the March 26, 2020 episode of Grey’s Anatomy, Love of my Life, viewers were shocked to learn secrets about Teddy’s past, discover what happened to Hayes’ late wife, and watched Richard’s condition worsen. Also, Soaps.com has learned that Grey’s Anatomy’s season will come to an end with episode 21 on April 9 after production was shut down due to the latest health precautions. The season was expected to have 25 episodes.

Richard arrives at a hotel in Los Angeles for a medical conference and meets up with Maggie in the lobby. Maggie relays Meredith couldn’t make it because the babysitter got the flu. Hayes walks into the hotel with his kids and has a flashback to years ago when his younger self first saw his wife at the same conference. He runs into Teddy, who invites him to the conference’s happy hour later. 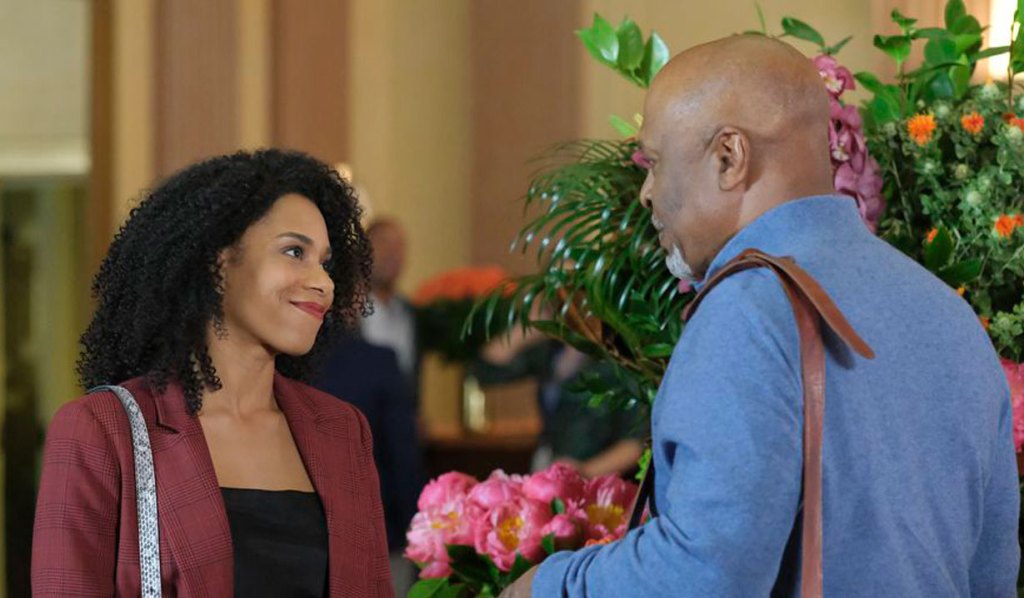 Richard heads to his room to work on his presentation and is interrupted by Catherine knocking at his door. She came to offer him the apology he asked for and believes they can fix their marriage. They kiss and fall onto the bed.

In the lobby, Teddy runs into Maggie at the happy hour. Owen stayed home with their daughter. Maggie spots someone she used to work with at Tufts. He approaches her and thinks she doesn’t remember him, but she does. Winston (played by Anthony Hill) was one of her residents. Teddy excuses herself. Winston admits he always had a crush on her and would like to buy her a drink. They quickly head back to his room, undress and have sex.

After their romp, Winston and Maggie take a walk by the indoor hotel pool and get to know one another. Both admit they’ve never fallen so hard for someone in one night.

In the lobby, Hayes and Teddy discuss the conference. Hayes only came because it was a chance for his kids to see their aunt, his sister in law. A sales rep approaches and introduces himself. Hayes flashes back to meeting his wife for the first time, who was handing out pens for an erectile function company at the conference. He offered to buy her a drink.

In another memory, Hayes is tending to his wife in the hospital as she preps for a hysterectomy at age 33. Flash forward, Hayes’ wife is in a hospital bed in a headscarf and fighting cancer. She sends their boys, Liam and Austin, to get her a ginger ale. Alone she tells her husband this is the second clinical they tried, and it is likely he will be alone soon. She gives him her permission to fall in love again. He weeps as she tells him to be happy. Later, Hayes packs up his wife’s belongings from the empty room and tells his sons it’s time to leave.

Back in the present, the sales rep for Wilson Boone tries to make a pitch to Hayes and Teddy. Hayes recognizes the company as the one that developed the splicer used in his wife’s hysterectomy, which led to spreading cancer from what should have been an easily removed tumor throughout her body. He lashes out that his company’s device took his wife Abigail from him and his boys, and they are still selling the device knowing the dangers of it. The rep quickly departs.

At the bar, Teddy is recognized by a doctor she worked with in Manhattan. In a flashback, Teddy and the doctor watched the news of the World Trade Center falling, and the woman was in tears. In the present, Teddy says hello to Claire (played by Rya Kihlstedt) and they catch up. Claire is living in North Carolina where she and her wife run a small practice together. She had to leave New York due to the memories and Alison, the partner she lost. They remember Alison (played by Sherri Saum) and the night before she died. The three were roommates. Claire was paged to the hospital, leaving Teddy and Alison alone, who was having an affair. In the present, Teddy tells Claire she has a daughter now and named her after Alison. Claire stuns Teddy by revealing she knew about the affair. Teddy remembers that last night and being in bed with Alison, who was planning to tell Claire the truth the next day. In the present, Claire explains she aquired Alison’s phone records to try and come to terms with her last moments and discovered Teddy was the last person she tried to call as the towers fell around her. Claire tells Teddy to take care and leaves. 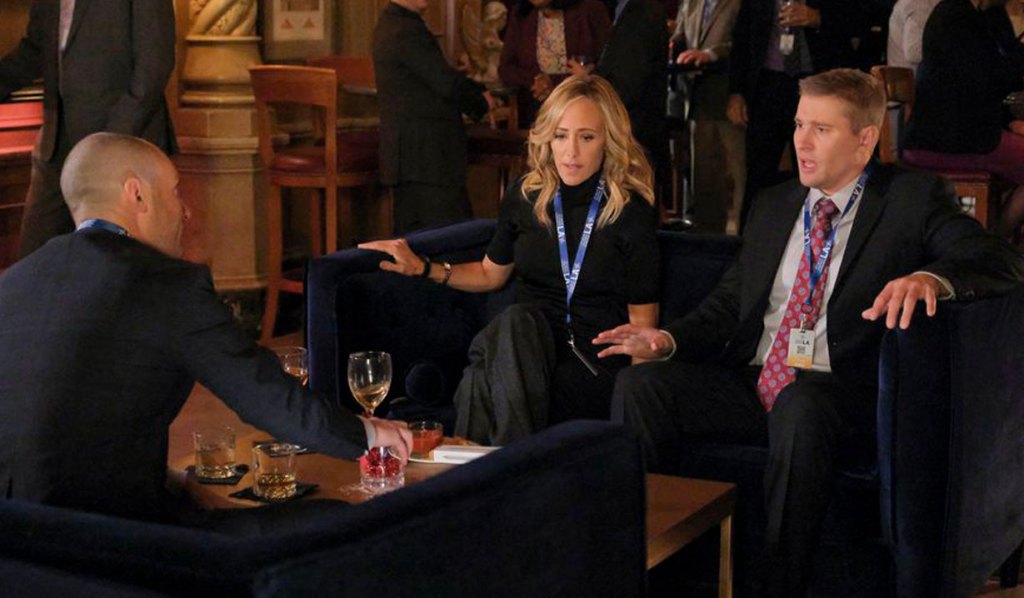 Maggie and Winston find themselves back in bed in each other’s arms. Maggie’s phone goes off and realizes they’ve been awake all night and it’s morning.

In Richard’s room, he wakes Catherine with a kiss. Catherine suggests maybe it’s healthy that they fight the way they do. Richard gets inspiration from her about how cancer cells grow and fight the healthy ones and begins modifying his talk.

Teddy and Maggie reconnect in the lobby, and Maggie opens up to Teddy about how much she likes Winston. Teddy spots Claire and excuses herself to apologize to her. Teddy says even though Alison loved her, she was also in love with Claire. At the time Teddy didn’t think someone could love more than one person, but now she believes it. She apologizes for the lies and betrayal. Claire forgives Teddy and they hug. 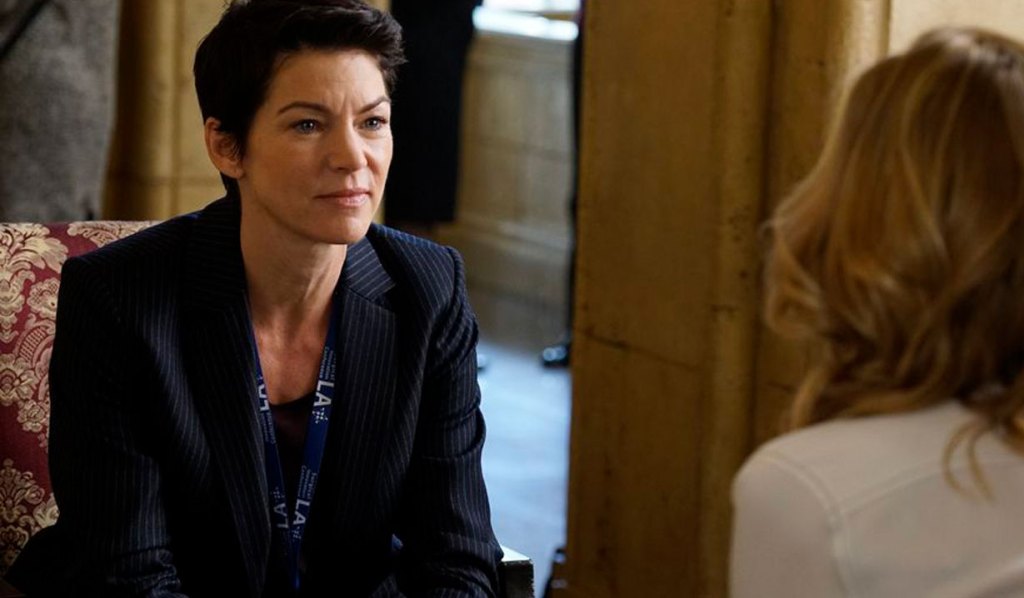 Back in Richard’s room, he recites his speech to Catherine, who turns out not to be there.

In the lobby, Winston asks Maggie to move to Boston to be with him, or he’ll move to Seattle for her. He knows it’s crazy. Maggie needs time to make a decision.

Back at Seattle Grace, Jackson, Owen, Catherine, Bailey and others gather to watch Richard’s talk over a live stream.

At her home, Zola streams the conference so she and Meredith can watch it. 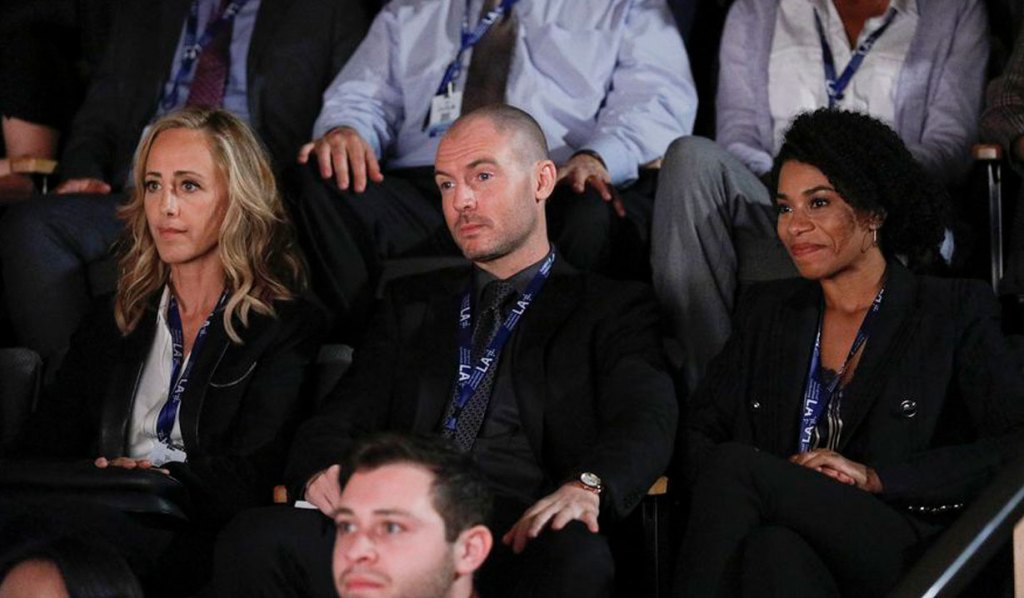 In LA, Richard stuns the audience by saying with his wife’s help he has figured out how to cure cancer.

Back in LA, realizing something’s wrong, Maggie moves to the stage to get Richard off. Richard passes out and Maggie yells to call 911 as she thinks Richard is having a stroke.

Richard is rushed to a hospital, with Maggie at his side, and is confused as to what is happening.

On the next Grey’s Anatomy:

Owen and Link treat an older woman who wakes up from surgery and can’t stop singing.

Teddy helps Koracick stay afloat after an estranged loved one from his past comes to the hospital looking for help.

Meredith, Bailey and Maggie focus their efforts on a difficult patient with a tricky diagnosis. 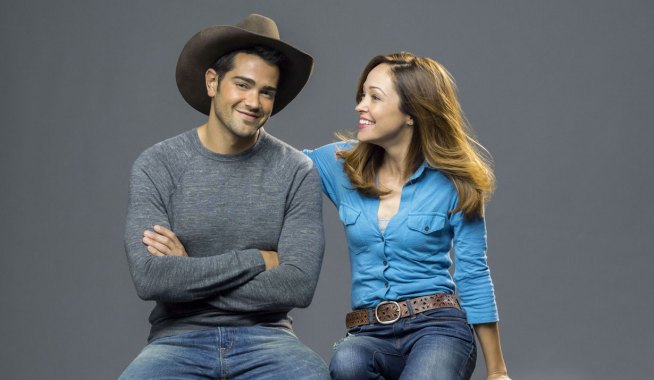 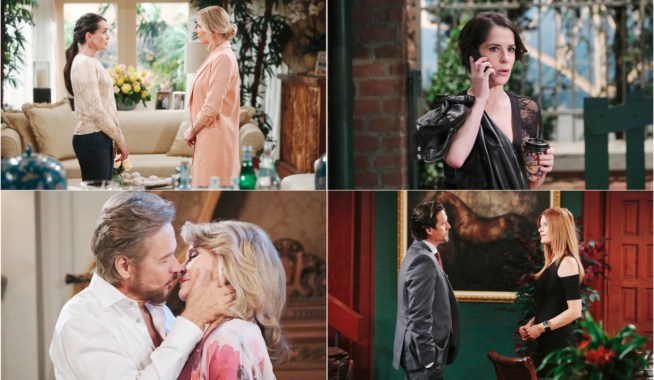