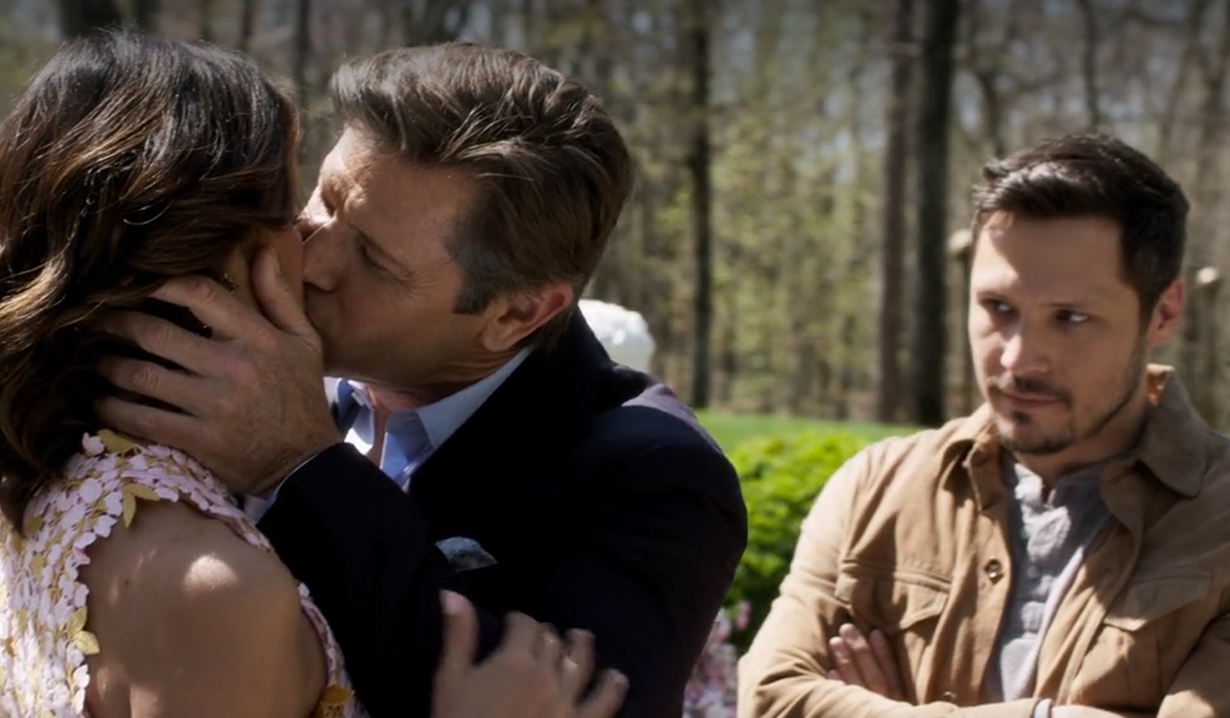 Dynasty is an American primetime television soap opera reboot based on the 1980s series of the same name. Dynasty premiered October 2017 on The CW and on Netflix a day later. As a big fan of its 80’s sister soap, Dallas, I was curious about Dynasty and decided to begin watching. Soaps.com is offering a synopsis of the first episode to give readers a preview in case you want to add even more soapy excitement to your day.

In the male dominated corporate world of her father, Blake Carrington’s (Grant Show) company Carrington Atlantic, Fallon Carrington (Elizabeth Gillies) has been working hard to get her father to promote her to COO. Her wayward brother Steven (James Mackay), left the family to pursue his interest in renewable energy. Steven is gay and calls himself the black sheep of the family.

After arriving back in Denver, fresh off a triumphant business trip where she covertly picked up a huge tip about a company her father is trying to buy, Fallon is greeted by Michael (Robert Christopher Riley), the family chauffeur. Things get interesting right away when Michael seductively suggests a ‘diversion’ on the way home. The two are having an affair!

In the meantime, at her father’s company, Cristal, (Nathalie Kelley) a PR executive, is drowning in a sea of corporate men, pitching a new idea at a business meeting. It’s rebuffed by Blake, but later Cristal is summoned to the boss’s home office. Shortly after, both Carrington children arrive home, summoned by their father. Fallon walks in on Blake and Cristal making out. But even more shocking is the announcement Cristal is Blake’s fiancée. Fallon is determined to stop the marriage, especially after Blake denies her the coveted COO position.

It seems Cristal has secrets of her own. She meets up with Matthew (Nick Wechsler) a field engineer at Carrington Atlantic. The two had a love affair but Matthew wouldn’t leave amnesiac wife Claudia (Brianna Brown). Cristal and Matthew decide to say goodbye but unbeknownst to them, their embrace was caught on camera by Michael, whom Fallon had arranged to follow Cristal. Fallon immediately sends the incriminating photos to her father.

But the Carrington patriarch has schemes of his own. In a seeming effort to reconcile with his son, Blake invites Steven to secure a clean energy deal. The company executive who meets with Steven makes a pass at him. Steven realizes Blake only engaged him to do the deal because the executive was gay and more susceptible to doing a deal with Steven. Disappointed, Steven chats up a rebellious looking hunk at the bar, hooking up with him later. But after their tryst, the hunk steals money from his pocket.

Blake, after being confronted by his children over his deceptions, decides to confront Cristal. She tells him it was just a goodbye with Matthew, but incensed by Blake’s lack of trust, she storms out. Blake quickly makes up with Cristal and also offers her the COO position –but not before he tells her it was Fallon who showed him the photos.

The next day Fallon arrives at the mansion for a party and discovers it’s actually her father’s wedding. She goes to confront Cristal but when Cristal announces she was awarded the coveted COO position, a hair pulling brawl ensues. Still, the wedding does go off without a hitch, except for Cristal’s nephew Sam Jones (Rafael de la Fuente) who turns up at the reception –he’s also Steven’s hook up. Even more intriguingly, Sam hints to Cristal about her sordid past. And he’s not the only one – head of the household, Joseph Anders, (Alan Dale) informs Cristal he ran a background check and knows all about her shocking past. 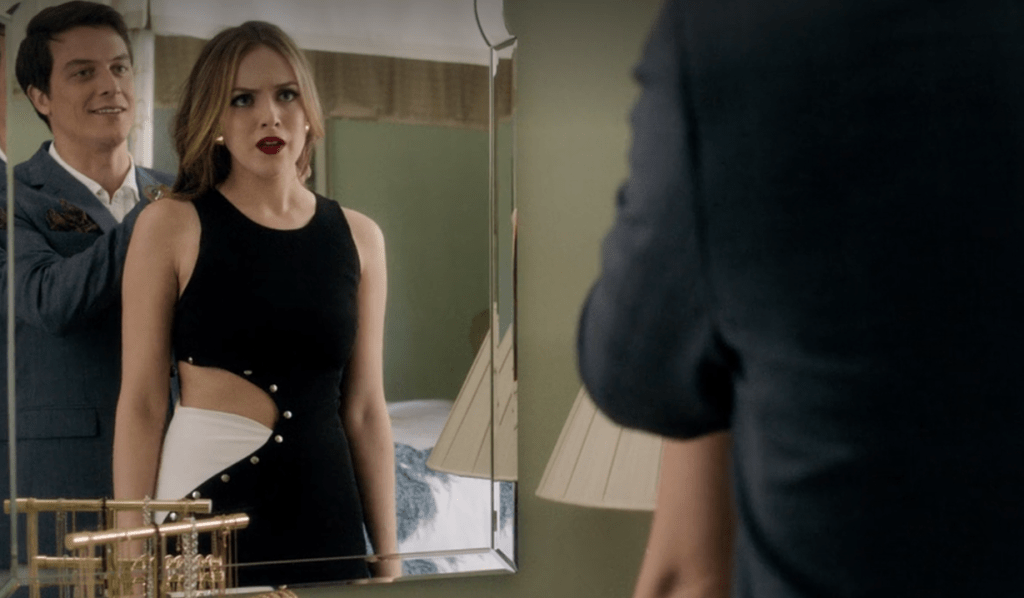 Meanwhile, Matthew heads to a wind energy site for a job that will be his last with the company (turns out Blake told him to get lost). Tragedy strikes when one of the trucks ordered by Carrington to survey the land explodes, engulfing Matthew in a fiery blaze. Matthew’s dying breath was about calling Cristal.

As a rattled Cristal and Blake leave for their honeymoon, Matthew’s distraught wife shows up at the mansion, yelling that Cristal killed her husband. Fallon meanwhile, decides to get what she wanted on her own terms – she convinces tech billionaire Jeff Colby (Sam Adegoke) to invest in her financially so she can have her own company, now placing her in competition with her father.

Dynasty was so jam-packed with twists that I couldn’t believe it was just one episode. With the drama evolving at a quick, intense pace – yet scripted well enough so that you don’t lose the story –the show offers a dose of soapy escapism at its best. If you think you’d enjoy Dynasty, check the whole series out on Netflix.

Matt's Inside Line: Get The Resident Scoop, Plus WandaVision, Chicago Fire, MacGyver, 9-1-1: Lone Star and More