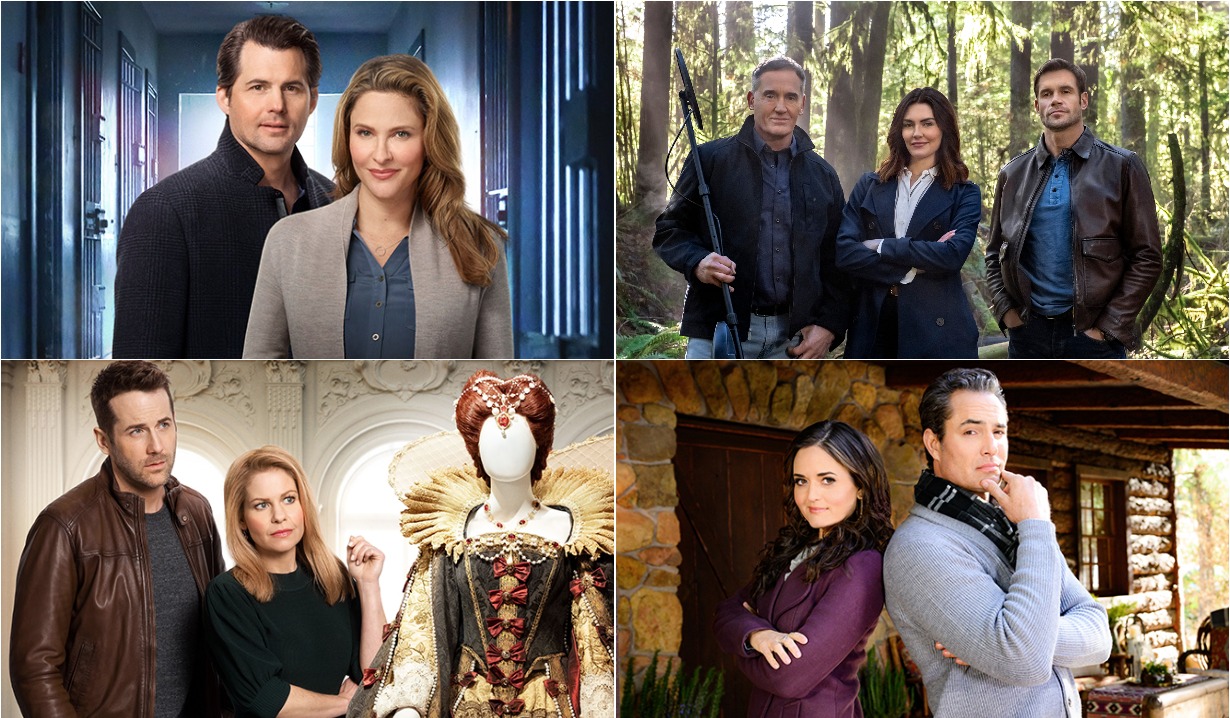 This is the week for new premieres… Soaps.com already alerted readers to the Hallmark Channel’s Spring Fever movie lineup, which premieres this weekend and features soap opera stars from All My Children, Another World, Days of our Lives and Guiding Light. Hallmark’s sister channel, Hallmark Movies & Mysteries, also has a new set of movies to debut starting Sunday March 29 to include former Days of our Lives and One Life to Live actors.

Mystery 101: An Education in Murder

Jill Wagner and Kristoffer Polaha are back as Professor Amy Winslow and Detective Travis Burke in the latest Mystery 101 movie Mystery 101: An Education in Murder. Professor Amy Winslow has a hard time believing her colleague, a Mark Twain scholar, is capable of murder. As the man sits in prison for injecting strychnine into the asthma inhaler of a professor who recently uncovered an early draft of Huck Finn at an estate sale, she’s set on proving her friend’s innocence. Though she turns to Detective Travis Burke for help he’s put in a bad position since his predecessor is the same cop who convicted the man. A young woman appears who’s working on a book about the case, which turns out to be similar to a five year old unsolved murder… Tune in for the premiere Sunday March 29 at 9:00 PM. 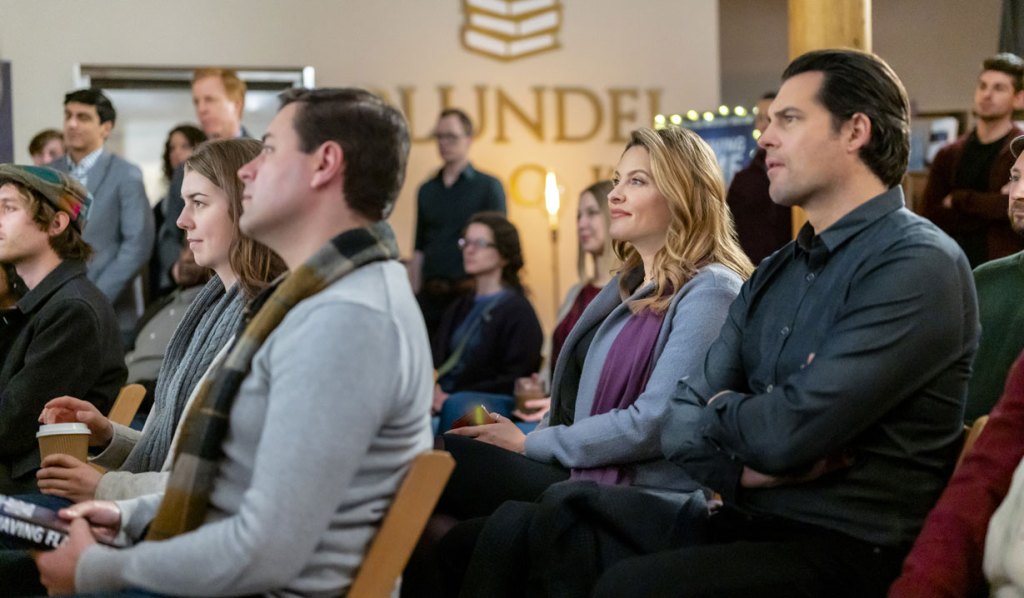 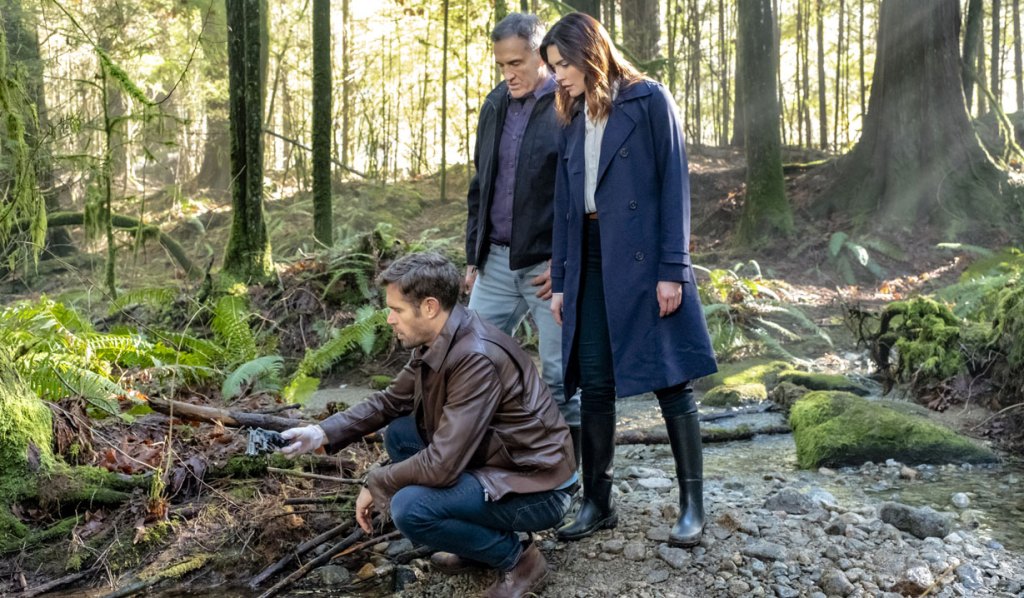 Candace Cameron Bure’s popular mystery series, Aurora Teagarden Mysteries is adding a new movie to its franchise Aurora Teagarden Mysteries: Heist and Seek, co-starring Niall Matter as Nick Miller, Marilu Henner as Aurora’s mom Aida Teagarden, Lexa Doig as Sally Allison and Peter Benson as Detective Arthur Smith. A theft at the Lawrenceton Library’s annual fundraising leads to capital crimes, when Aurora Teagarden begins her unorthodox investigation into the missing rare Elizabethan artifact, the Leicester’s Gift. It’s soon revealed that two murders were committed by someone who would stop at nothing to obtain the artifact that was on loan from the Seattle Museum of History. Update: Though the mystery was originally scheduled to premiere on Sunday April 12 at 9:00 PM, it has been pushed to Sunday May 17 at 9:00 PM. 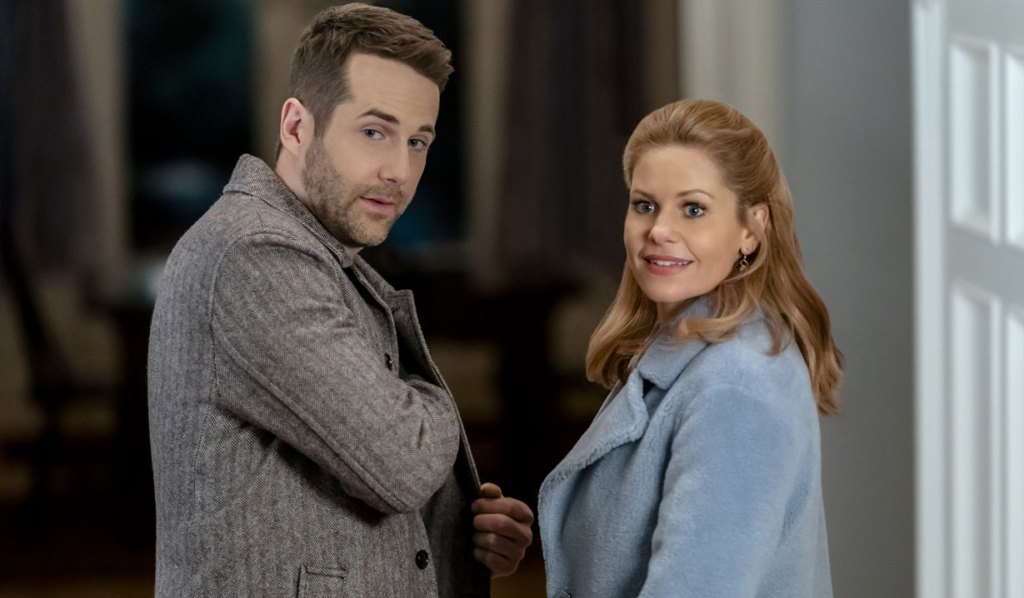 Days of our Lives, Sunset Beach alum Victor Webster (Nicholas Alamain; Roger) and Danica McKellar team up once again as Detective Kyle Cooper and Angie Dove in the new Matchmaker Mysteries movie Matchmaker Mysteries: A Fatal Romance. Matchmaker Angie gets caught up with Kyle in another case when a romance writer is murdered. Both will have to read between the lines to pinpoint the real killer. The premiere airs Sunday April 25 at 9:00 PM.

Wrapped on #AuroraTeagarden 13! Good times were had by all and @peterbenson889 kicked ass as our director! See you on the next one 😁

That’s a wrap on #AuroraTeagarden 13! Had an an incredible experience directing this movie!!! A big thanks to the awesome @candacecbure for supporting me to to get this chance and making every day on set so much fun. She is one of the hardest working people I know and shows up every day ready to dive into it with a smile, a charm and ready to laugh at any moment. Big thanks to her and our ENTIRE cast and crew for making this a fantastic experience!!! @hallmarkmovie #Sleuthers

Had a blast directing #AuroraTeagarden 13 !!! Huge shoutout to our amazing Executive Producer @jimheadjr for giving me this opportunity! He’s smart, kind, wickedly funny and incredible to to work with. Huge thanks Jim it was such a thrill and I can’t tell you how much I appreciate the support! Keep your eyes out for this new all new Aurora Mystery coming soon!

And… that's a wrap for me & my costar @iamvictorwebster on the latest @matchmakermysteries! Yes, he is a goofball. 😋 . . . Next some R&R and family time before we start the third movie next month! 🥰 . . . Happy Friday, everyone! . . . #setlife #actorslife #thatsawrap #workingmom #workingmoms 🙃

Am I looking down or am I looking up…? I guess perspective is everything. 😉 . . . This shot, taken by my costar @iamvictorwebster, reminds me how our own vantage point and biases inescapably color our ability to understand others… so let's assume we really don't know much about anyone else and lead with kindness; sound good? 🥰 . . . Happy Thursday, everyone! ❤ . . . #perspective #kindness #love #empathy #perspectiveiseverything

I'm not small… I'm fun-sized! 🤣 It's about the, um, HEIGHT of my awesome @matchmakermysteries costars … Seriously, at 5'4" I'm feeling very shrimpy compared to my two 6'5" comrades @iamvictorwebster & @actordanpayne … ! But they are awesome… and very seldom use me as an armrest. 😉 . . . #shrimp #short #tallguyshortgirl #setlife #ilovebeinganactor ❤️🌟 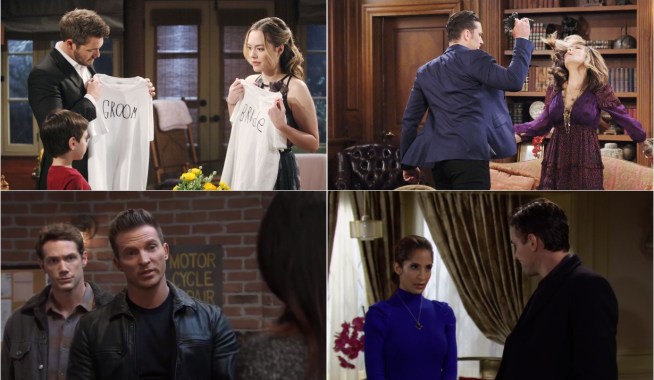 How to Binge-Watch 'Jane the Virgin', an American Adaptation Telenovela Filled With Soapy Campy Romance 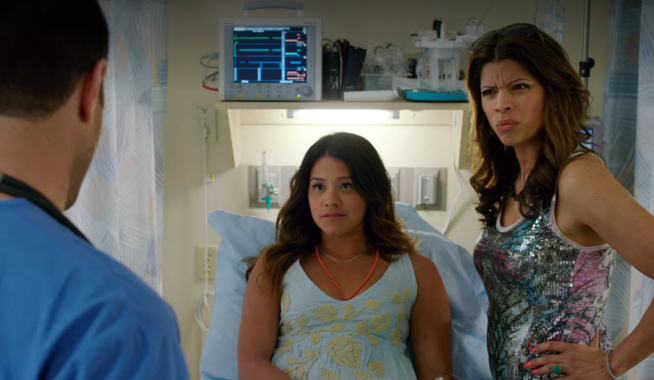