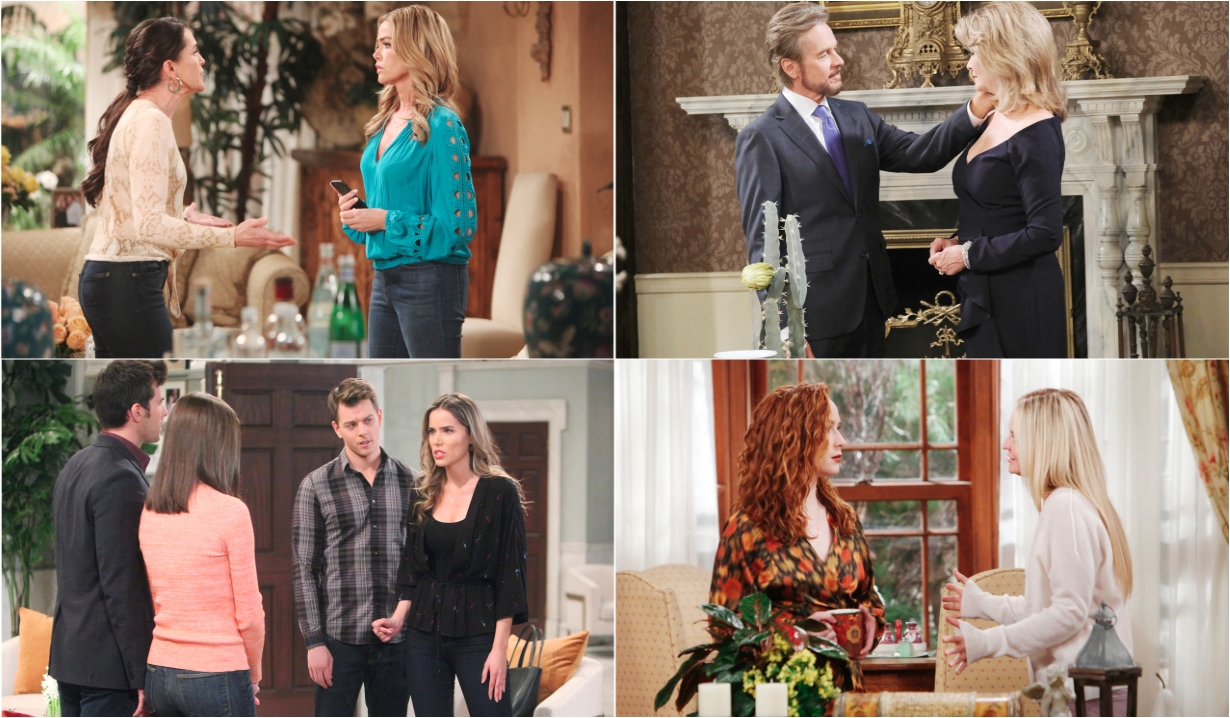 Soaps.com has some hints about how stories will unfold in the spoilers for the week of March 23 – 27 for The Bold and the Beautiful, Days of our Lives, General Hospital, and The Young and the Restless, plus Days and GH spoilers from March 30 – April 3.

Flo is adamant about trying to sort out her problems with Sally. That plan soon veers off course when she can’t help but notice something peculiar about Sally’s treatment of Wyatt. As Flo suspects something shifty is taking place, Donna gets evidence of it when she discovers that Brooke has betrayed Katie. Disturbing though that may be, she works with Brooke to try and eliminate the evidence before it comes to light. But the sisters may not be working hard enough since Quinn makes it clear that she still plans to ruin Brooke’s life. Bridget returns to town in time for the party celebrating the Brooke and Ridge reunion, only Brooke is nowhere to be found. Once all the guests are gathered, Quinn unveils something that leaves them shocked. Read Soaps.com’s The Bold and the Beautiful spoilers to see who pays the price when the truth comes out.

Accepting her guilt, Maggie says goodbye to everyone she cares about before being bundled off to prison. Meanwhile, Ben is on his way out of the joint and runs straight into the arms of Ciara. Chad may be running for the hills soon if he doesn’t manage to hide what he’s been doing from Abigail. Kate and Gabi find themselves jammed into uncomfortable quarters. Roman is also feeling the squeeze in Salem. Hattie is pressuring him to tell her what his true intentions for her are. Pretty soon, she’s finding out something about her future that she wasn’t expecting. Marlena also seems headed for a future that she wasn’t anticipating. Although she can still feel the pull of John, it might not be enough to compete with the push of Stefano. Tony and Kristen can hardly believe their ears when their father informs them that he’s marrying Marlena. Read the Days of our Lives spoilers to discover who Nicole tells of her suspicions.

Sonny’s life continues to get bumpy as some terrible news comes in, particularly involving his father. Help doesn’t seem to be on the way. Jordan certainly isn’t going to give it, and not only to the mob boss. She’s also feeding Sam false information. As usual, Spinelli is recruited to try and help Sam out of the latest mess she’s stuck in. Across Port Charles, Curtis can hardly believe what’s going on. When he tries to confront his wife about it, Jordan does not give him the answer he’s been looking for. She’s not telling a desperate Jason anything he wants to hear either. But will Willow tell someone what they long to hear? The schoolteacher ponders the future, but Sasha is stunned about what’s happening right now. And Nelle might be stunned when Carly comes gunning for her again. But not as startled as Anna is when she runs into Britt. Take a look at our General Hospital spoilers to find out who takes revenge.

Realizing that there might not be any way back for them, Mariah still gives her relationship with Tessa another shot. That fails fast and Mariah starts to adjust to a life without her. Meanwhile, Devon continues to adjust to the awkwardness of having Amanda around. As they find something that they can agree on, things are looking a lot less agreeable for Adam. Although Chelsea does her best to defend him, his latest actions aren’t going to win anyone over. Across Genoa City, Billy and Nick are bickering, but most of Nick’s energy is devoted to trying to work out his relationship with Phyllis. They realize that Summer has noticed there is something going on between them again and try to figure out how to deal with it. Maybe her proposed deal between Newman and the Grand Phoenix will help. Visit The Young and the Restless spoilers to learn who loses their temper. 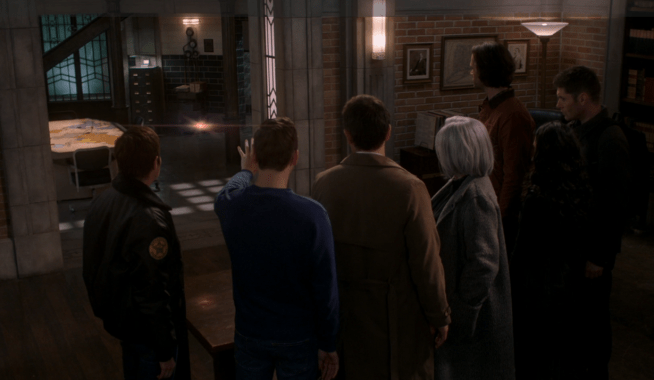 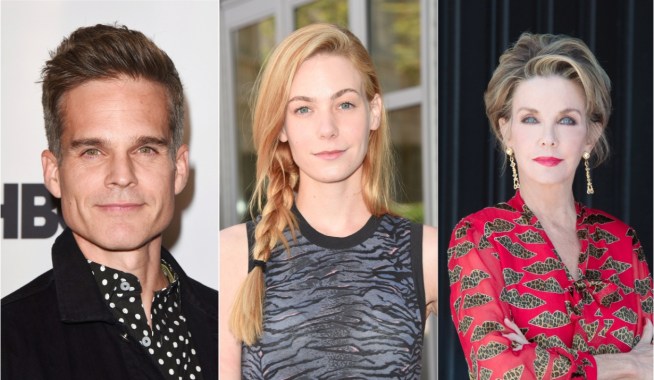