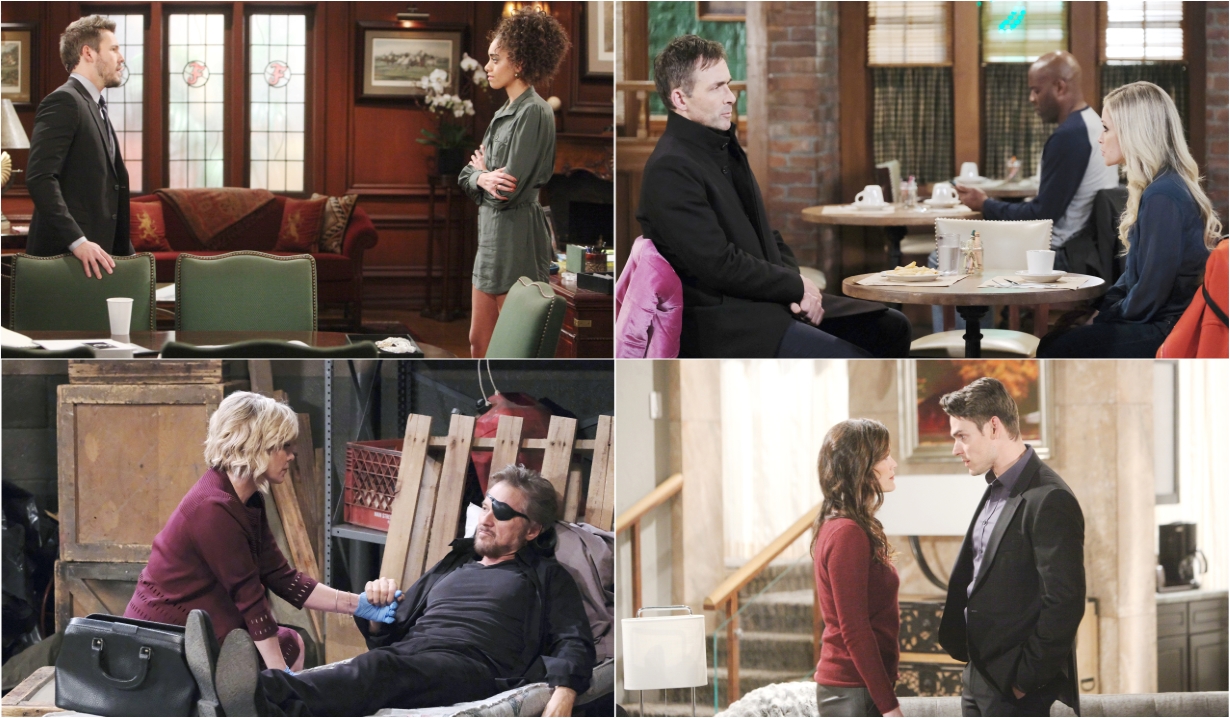 Soaps.com brings you some exciting glimpses of what’s in store with the spoilers for the week of February 17 – 21 for The Bold and the Beautiful, Days of our Lives, General Hospital, and The Young and the Restless, plus Days and GH spoilers from February 24 – 28.

Liam can’t stand by and watch Thomas’ actions anymore. As he lashes out, Hope and Zoe both manage to overhear what he accuses the Forrester of. However, Thomas remains undaunted and continues to use his son in his battle for Hope. He sends Douglas to see her with a special message. She’s deeply affected by the boy’s fear that he is going to lose her as a mother. Meanwhile, Liam tries to get through to Zoe about how she is being used, but will she listen? Thomas doesn’t seem to be willing to listen to anyone. He hosts a dinner at the mansion and Brooke shows up to tear into him for shoving his relationship with Zoe in Hope’s face. This only prompts him to up the ante by proposing to Zoe, who has a special request that he might not see coming. And Hope gets a surprise when Douglas tells her a secret that he’s been keeping. Read Soaps.com’s The Bold and the Beautiful spoilers to see who Wyatt turns to as he tries to face the facts about Sally’s illness.

Gabi and Eli’s wedding does not manage to be the romantic event they were hoping for. Lani shows up to ruin things, but this might only be the beginning of the damage she causes. After Julie collapses, Rafe is forced to arrest his sister for her actions. He’s soon distracted from his depressing duty when Justin enlists him to help find Kayla. It might be too late for her though since “Steve” has revealed his true identity to her and she is forced to face the consequences. Meanwhile, John and Marlena are managing to enjoy Valentine’s Day. Sarah also has something to be optimistic about after she receives some good news about Mackenzie. But that news comes with complications after she discovers who the child’s bone marrow match is. Across Salem, Will tries to bring the truth to light as he asks Maggie questions concerning the night of the accident. Read the Days of our Lives spoilers to discover what has Ciara acting desperate now.

In what is no doubt an unwelcome event for both of them, Valentin has a run-in with Lulu. Meanwhile, Lucas is fighting with himself as he tries to force the memories of what really happened on the night of the crash. Suffering from flashbacks of a different kind, Carly turns to her mom to discuss her future. She has a hard time coming to grips about what will be right for her baby. Across Port Charles, Michael’s paranoia continues to grow but it seems to actually be paying off for him. By the end of the week, Nelle is exiting town and hoping that no one will follow her. Sonny wishes that someone else would get out of town, but who will listen to his threats? And Curtis tries to get to the bottom of what’s happening with Jordan. He confronts his wife but may not get the answers he desires. One of her old enemies comes back to haunt her and Curtis finds himself receiving a warning. Take a look at our General Hospital spoilers to find out who has some bad news to break.

Devon gets a clue on where his money is and starts to trail after it. Meanwhile, Amanda finds herself in trouble again and Billy might not be around to help her, at least not if Jill keeps her grip on him. Across Genoa City, Phyllis continues to manipulate Adam and it seems to be working because he does something that leaves Chelsea shocked. The big event for the week is the Newman gala held to honor Victor’s 40 years in the company. Noah, Victor’s first wife, Julia, and his brother, Matt attend. Nikki hosts the grand occasion and Jill offers a special toast to the mustache. But it’s not entirely festive for everyone. Abby discovers that Phyllis has incriminating information on Chance and Adam, leading her to guess that Phyllis must have blackmailed Chelsea into selling her share of the hotel. After Abby confronts her about this, Nick corners Phyllis himself. Visit The Young and the Restless spoilers to learn who receives an unexpected kiss at the anniversary gala. 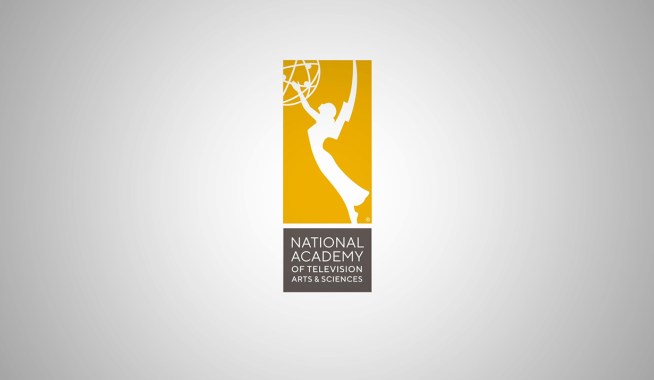 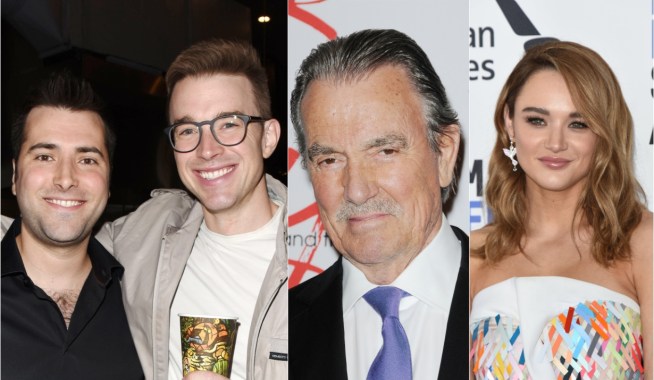