Tune In Alert: Walt Willey to Surprise Susan Lucci on ‘Dr. Oz’ to Discuss Possibility of All My Children Reboot 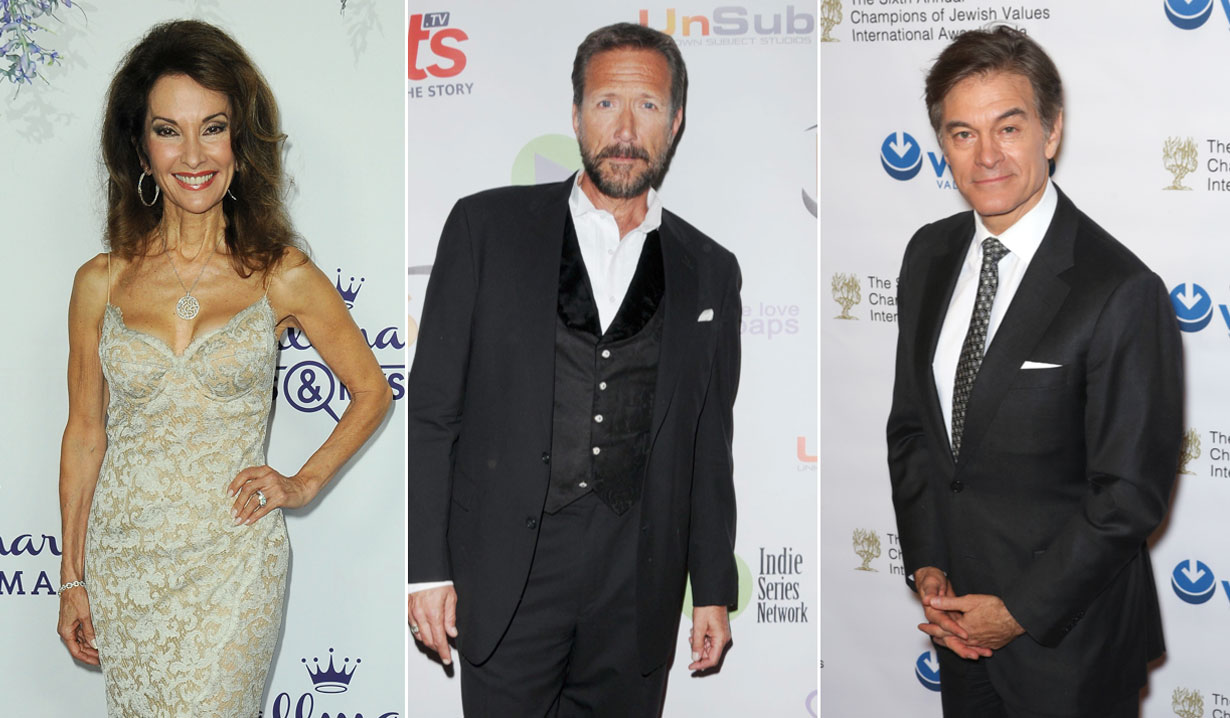 All My Children actress Susan Lucci (Erica Kane) will join Dr. Oz for the full hour of his daytime talk show The Dr. Oz Show on Friday January 31. They will delve into Lucci’s near heart attack, which Soaps.com previously reported. The actress was stunned to learn she had a 90% blockage in the main artery of her heart. On Friday’s show, Dr. Oz and Lucci will discuss how she’s been doing since the emergency, and Dr. Oz will look inside her heart with a live scan. Dr. Oz will impart three important symptoms of heart health that shouldn’t be ignored. They will also examine how to spot fake and dangerous knock-off blow dryers and hair irons.

Lucci’s co-star Walt Willey, who played one of Erica Kane’s many husbands Jackson Montgomery on All My Children, tweeted that he would, “surprise ‘my Susan’ and we discuss the possibility of an All My Children reboot. Wouldn’t that be something? Don’t miss it!” Rumblings of an All My Children reboot along with One Life to Live began to surface last winter when ABC Entertainment President Karey Burke made comments about conversations regarding bringing back the canceled ABC soaps. All My Children ran from January 5, 1970 until September 23, 2011 on ABC, and One Life to Live from July 15, 1968 until January 13, 2012. Both had short-lived online reboots in 2013. General Hospital and The View are the only remaining daytime shows on ABC. The Chew, which debuted in 2011 and replaced All My Children, was canceled in 2018. Since the cancellation of All My Children, Lucci has gone on to star in Lifetime’s Devious Maids, and made several appearances on TVLand’s Hot in Cleveland and Lifetime’s Army Wives.  Willey has gone on to re-occur on YouTube’s soap opera Tainted Dreams.

The Dr. Oz Show is hosted by Dr. Mehmet Oz. After five years as a health expert on The Oprah Winfrey Show, Dr. Oz debuted his own talk show on September 14, 2009. The show discusses viewers’ health and wellness concerns, brings in health experts, and delves into topics from sex to diet, to exercise, and ways to recognize and avoid diseases.

Hey Folks! Be sure to tune into “Dr. Oz” next Friday, January 31 as I surprise “my Susan” and we discuss the possibility of an All My Children “reboot.” Wouldn’t that be something?
Don’t miss it!

Will Soaps Be on During Trump...