One Life to Live’s Tika Sumpter Brings a Video Game to Life in ‘Sonic the Hedgehog,’ While Melissa Fumero Gets Animated in ‘Marvel’s M.O.D.O.K.’ 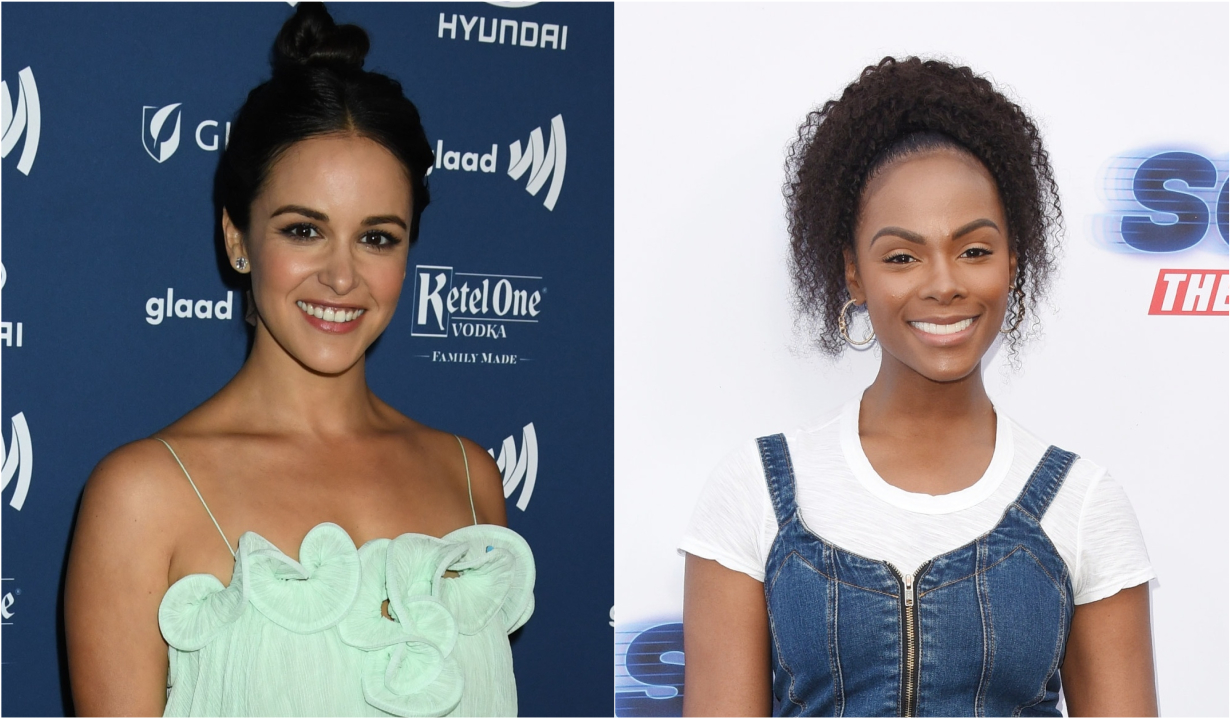 Two One Life to Live alums are attached to projects with big names and studios behind them. Soaps.com has details on Tika Sumpter’s live-action video game adaptation and Melissa Fumero joining the Marvel universe.

Tika Sumpter in Sonic the Hedgehog

Based on the Sega video game, Sonic the Hedgehog is about the titular character from another planet who has come to Earth fleeing those looking to harness his super speed. Sonic (voiced by Ben Schwartz, Parks & Recreation) peacefully hides out in Montana until he causes a major power outage and the government hires a roboticist named Dr. Robotnik (Jim Carrey, Kidding) to hunt him down. Luckily, the town’s sheriff (James Marsden, Dead to Me) and his wife, played by Tika Sumpter (Layla Williamson) help Sonic elude Robotnik who has nefarious plans for the alien. The movie, premiering February 14, also stars Adam Pally (Happy Endings), Neal McDonough (Altered Carbon) and Leanne Lapp (iZombie).

Sumpter currently stars in the TV series Mixed-ish and The Haves and Have Nots and is attached to the movie Ride Along 3. Of her big screen project, Sumpter posted on Instagram, “Just saw #sonicmovie for the first time. You guys are in for a major TREAT on February 14th! Wow!”

Sumpter’s former One Life to Live co-star Melissa Fumero (Adriana Cramer) has been tapped to voice a character in Marvel’s M.O.D.O.K.. The animated series surrounds the Mental Organism Designed Only for Killing (M.O.D.O.K.) supervillain voiced by Patton Oswalt (A.P. Bio) who suffers a midlife crisis as he fails at maintaining both his family life and his evil empire. The series will lead to a special event, Marvel’s The Offenders, that will involve three other planned series – Marvel’s Hit Monkey, Marvel’s Tigra & Dazzler Show, and Marvel’s Howard the Duck – when the leads are asked to team up and save the world. In her series, Fumero voices M.O.D.O.K’s popular, figure skating, teenaged daughter who seeks her father’s approval. Streaming on Hulu later this year, Marvel’s M.O.D.O.K also features the voices of Sumpter’s Sonic co-star Ben Schwartz, as well as Aimee Garcia (Lucifer), Wendi McLendon-Covey (The Goldbergs), Beck Bennett (Saturday Night Live) and Sam Richardson (VEEP).

In addition to her animated role, Fumero returns to Brooklyn Nine-Nine as Amy Santiago when the comedy premieres its 7th season on NBC February 6. The soap alum is also expecting her second child with husband David Fumero (Cristian Vega, One Life to Live).

Just saw #sonicmovie for the first time. You guys are in for a major TREAT on February 14th! Wow! #sonicthehedgehog @paramountpics

Can’t wait for you guys to meet Maddie. Zoomin’ into a theatre near you on February 14th! #sonicthehedgehog @sonicmovie