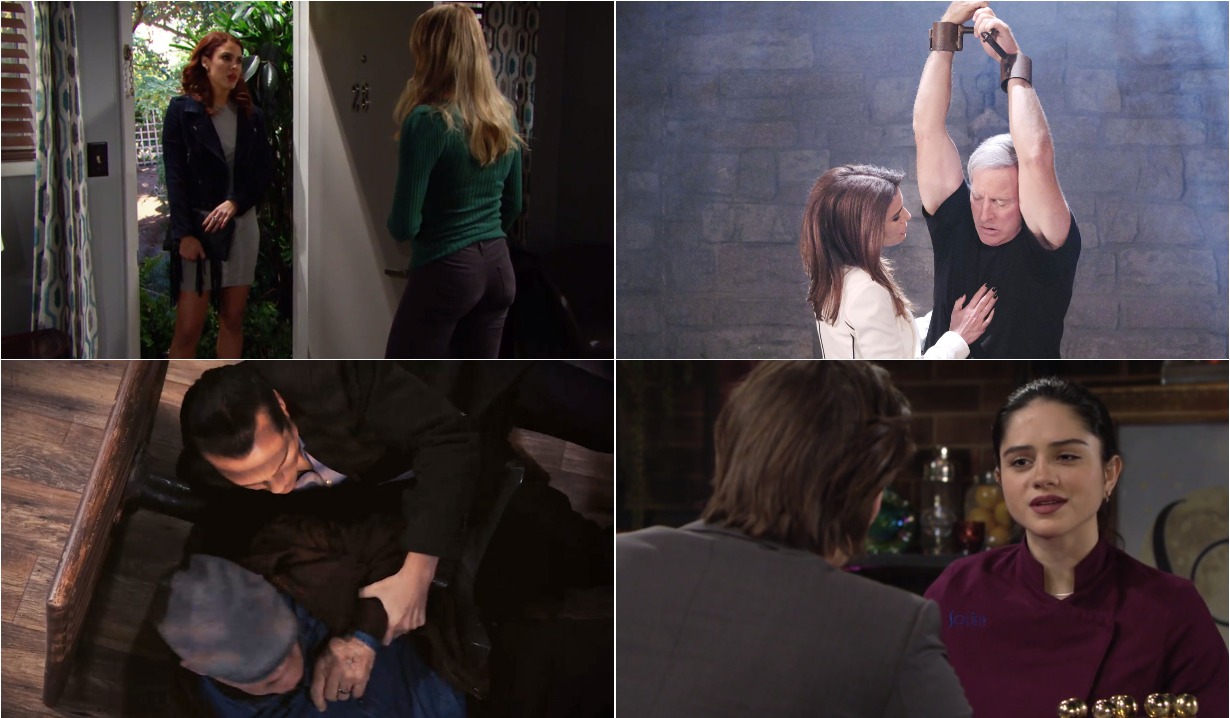 A health scare, a startling discovery, shaken to the core and unfinished business.

Take a look back with Soaps.com as we highlight some of the biggest drama from last week’s Bold and the Beautiful, Days of our Lives, General Hospital and Young and the Restless January 27 – 31 episodes. Plus, get a look at a few soap opera teasers to come…

First on The Bold and the Beautiful, as Thomas pushed Steffy to pursue Liam, Bill advised his son to forget Hope and make a life with Steffy. Sally confronted Flo and warned her that Wyatt would come back to her eventually. When Sally’s mysterious shakes and dizzy spells continued, she finally consulted a doctor. And Eric told Quinn that Shauna needed to move out, prompting Quinn to vow to put an end to Brooke. Coming up: Thomas wants to team up with Quinn against Brooke.

On Days of our Lives, Ciara told Will that Victor let him believe he killed Adrienne in order to protect Maggie. Gina revealed herself to Marlena and took her hostage, tying her up at her penthouse. In Prague, Rolf pretended to kill “Steve” and John was taken hostage. “Steve” returned to Salem to rescue Marlena and informed her that Stefano killed John, while Gina went to Prague to save John and told him that Marlena was dead. Coming up: Roman and Rafe head to Prague.

Over on General Hospital, a turf war broke out and someone made a move on Sonny’s territory. While trying to take out Michael, Laura was shot and later rushed to surgery. At Sonny’s warehouse, a mystery man rescued Carly, and he turned out to be Brando, the supposedly dead son of Gladys Corbin. Elsewhere, Liz was furious to learn Nikolas was behind Hayden abruptly leaving town, and Nina rebuked Valentin’s pleas for forgiveness. Coming up: Sonny faces down an enemy.

Finally, on The Young and the Restless, on their business trip, Kyle and Summer shared a kiss, and later Kyle began to wonder if he had made a mistake marrying Lola. Billy packed his suitcase and walked out on Victoria, as he was tired of being told he needed to be fixed. Later Billy got into a fight at the dive bar and Amanda bailed him out. Phyllis and Chance went on their date, but Chance assured Abby that she was the one he wanted. And Phyllis began to realize Sharon was having a health crisis, which upset Sharon who didn’t want the news of her cancer getting around. Coming up: Jack questions Theo’s motives. 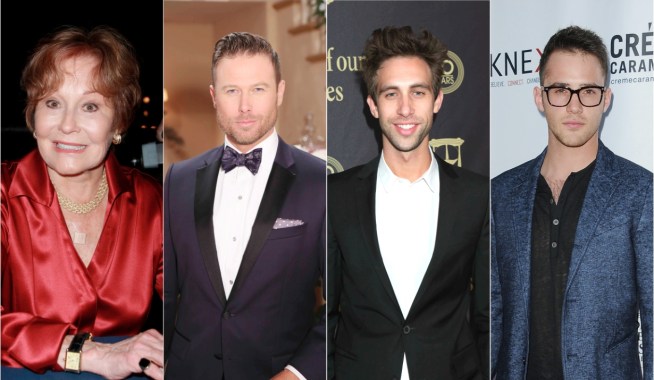 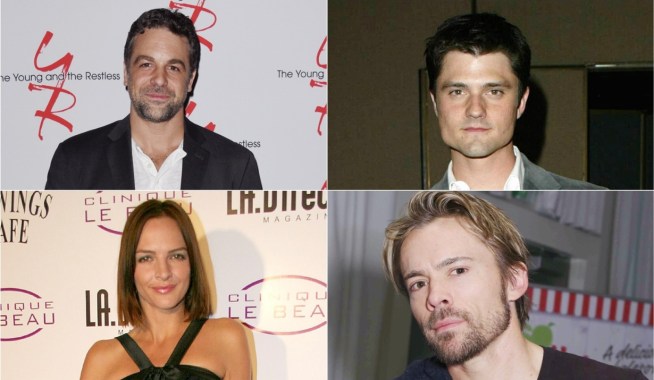