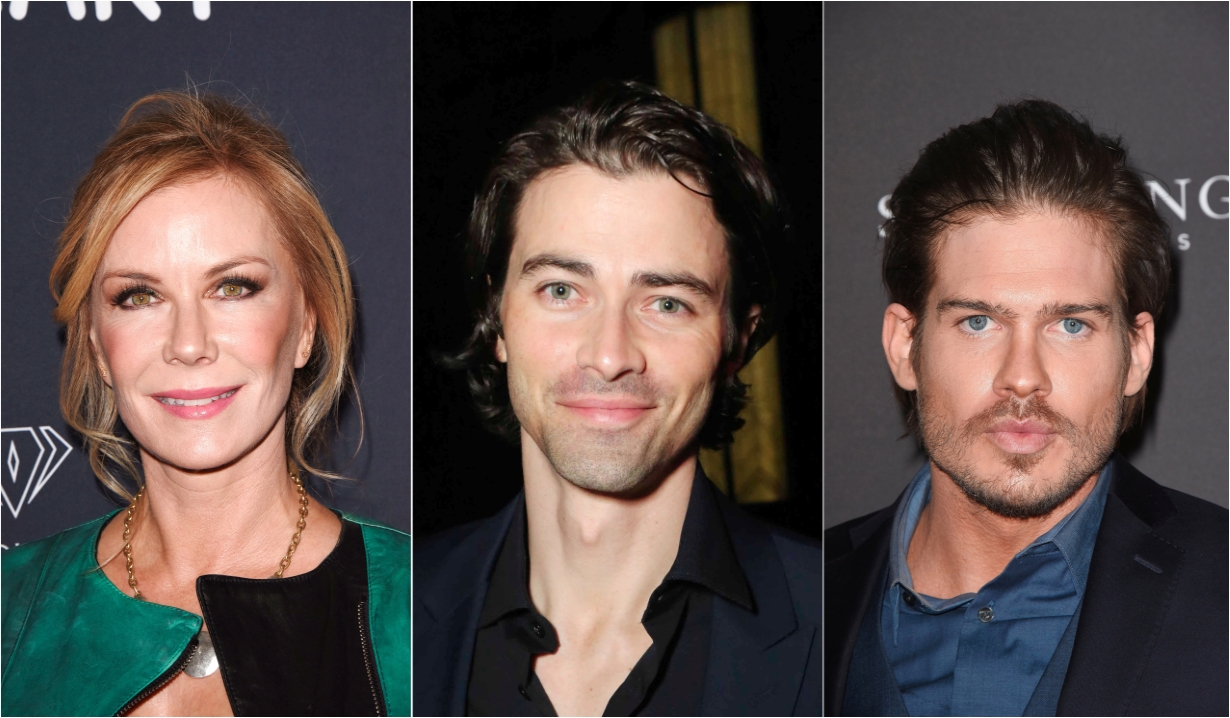 Don’t miss a beat as Soaps.com brings you all of the latest news for The Bold and the Beautiful, Days of our Lives, General Hospital, and The Young and the Restless from January 20 – 24 and beyond.

Fans of Katherine Kelly Lang (Brooke) have reason to be excited. They’ll be able to catch the actress in two different roles. We have the release date for the romantic comedy Stan the Man, which co-stars Bold and Beautiful alum Crystal Chappell (Danielle). Lang will also be featured in the upcoming movie The Christmas Dance, about a young woman with a traumatic past. Learn more about it in Soaps.com’s The Bold and the Beautiful news room, where you can also watch the latest spoiler video, this time featuring Sally making a special request to Katie. Then Candace has been finding Brooke and Quinn’s battle delectable, but doesn’t see anything good coming out of the Wyatt and Sally story, and digs into what fans want to see in the Bold and the Beautiful column.

William Utay returns to Days of our Lives as Dr. Rolf once again, which is sure to spell trouble for someone. Get all of the casting news that will affect the upcoming action in Salem in the Days of our Lives news room before getting a little glimpse into the future with this week’s spoiler video of Gina threatening to kill Marlena. And Christine tries to figure out who caused the accident, isn’t feeling sorry for Maggie, weighs in on Eric’s anger issues, and the baby switch in her Days of our Lives column.

If you were unable to attend the recent General Hospital Graceland 2020 fan event, you can get a glimpse at what happened thanks to the photos the stars posted. Then learn who will be attending the 4th Annual GH Convention happening this May. Get all the details in our General Hospital news room, where you can also read all the latest casting news that is sure to impact Port Charles’ plotlines. Then find out about Matt Cohen (Griffin) going behind the scenes to direct an episode of CW’s Supernatural. And Dustin wonders if Nikolas’ sham marriage will manage to make him interesting, how long it will take for Valentin to explode, and whether or not Nina will put the brakes on Jax in the new General Hospital column.

It looks like Amanda may have trouble on her hands. Young and the Restless has cast Christian Keyes as Ripley Turner, her ex-fiance. Meanwhile, Victoria has managed to push Billy too far and he leaves her in the latest spoiler video. Get a sense of what else could shake things up in Genoa City by reading the casting news in our The Young and the Restless news room. Then go behind the scenes with McKenna Grace (ex-Faith) on Ghostbusters Afterlife before learning about Tyler Johnson’s (Theo) new Lifetime thriller, Adopted in Danger. Finally, Candace was happy to see some classic Phyllis behavior, Summer and Lola squabbling, feels for Tessa and Mariah, and thinks Noah should be around in her latest The Young and the Restless column.