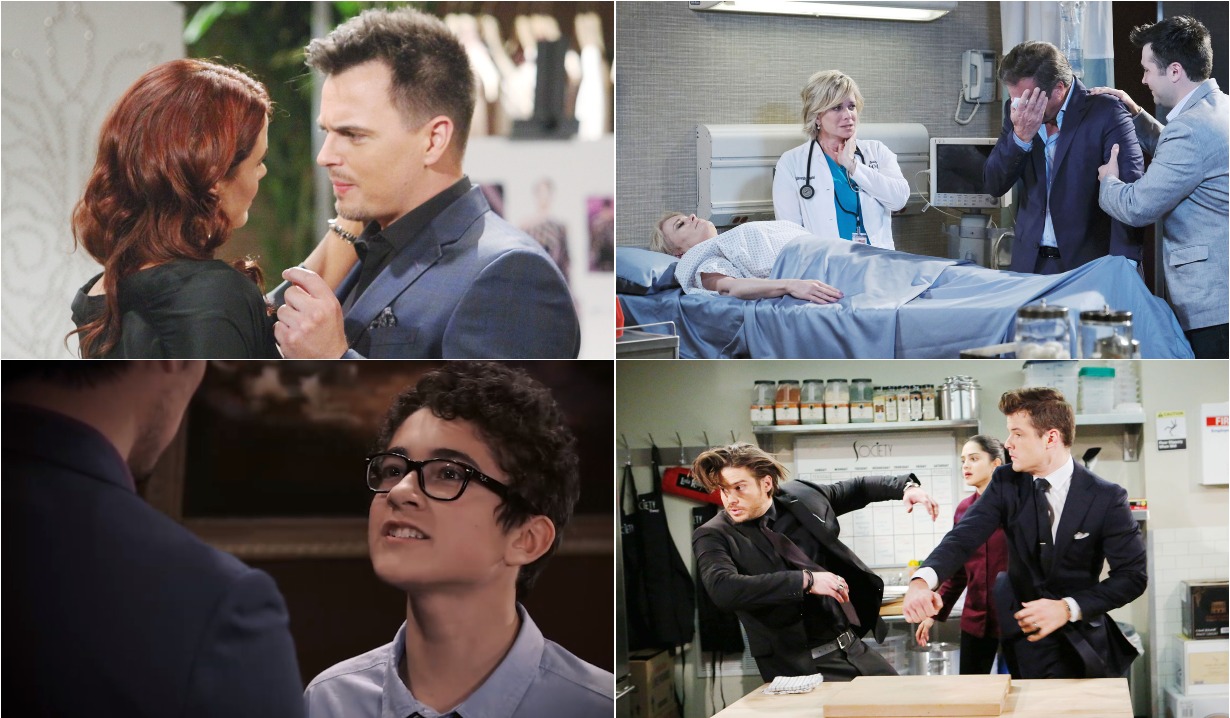 Setting the record straight, a risky situation, fear for what’s to come and a plan in motion.

Soaps.com has a rundown of Bold and the Beautiful, Days of our Lives, General Hospital and Young and the Restless highlights from January 20 – 24, as well as some soap opera teasers to look forward to.

First on The Bold and the Beautiful, Brooke vowed to protect Eric from Quinn and Shauna, while Quinn swore to take care of Brooke once and for all. And Sally attempted to seduce Wyatt, only to have him dump her because he stilled loved Flo and wanted to be with her. Coming up: Quinn goes to the point of no return with Brooke.

On Days of our Lives, last Mother’s Day, Sarah went into labor and Adrienne drove her to the hospital, but they were run off the road leading to Adrienne’s death. Will believed he caused the crash as he was distracted with his phone, but it’s possible Maggie, who was drinking and driving, was to blame. Meanwhile Kristen also went into labor, but there were complications. Sadly, when Sarah’s baby also suffered complications and died, Xander switched Sarah’s baby with Kristen’s, leaving Kristen to think her child had died. When Haley broke the news to her, a distraught Kristen pushed her down a stairwell. Coming up: Will learns Victor let him believe he killed Adrienne.

Over on General Hospital, Nikolas revealed he was alive to his son Spencer, and the enraged boy cut his dad out of his life for leading him to believe he’d been dead for three years. In order to keep Nelle away from Wiley, Michael moved her into the Quartermaine mansion. And Jordan asked Marcus Taggert to look into the suspicious death of her former partner. Coming up: A turf war and shoot-out endangers many lives.

Finally, on The Young and the Restless, at a Jabot business dinner, Kyle caught Theo complimenting Lola, lost control and decked him. After things were smoothed over, Jack sent Kyle and Summer out of town together on a business trip. A jealous Phyllis pulled a fire alarm to abruptly end Chance and Abby’s date, and later Chance agreed to go on a date with Phyllis. Victoria demanded Billy return to therapy because they wouldn’t survive if he didn’t get help. And Chance warned Adam that “the woman” had gone missing, but Adam was sure she’d turn up when she needed to cash her next check. Coming up: Billy makes a stunning move.

One Life to Live’s Tika Sumpter...