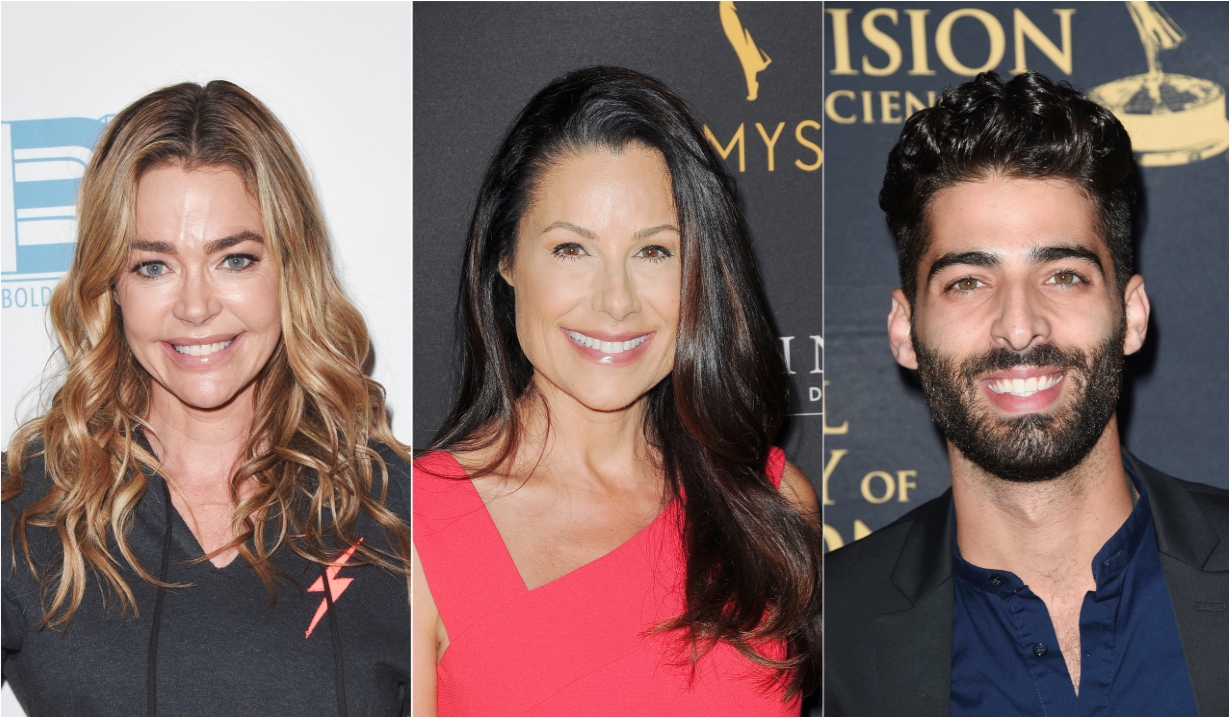 Soaps.com keeps you in the loop as we deliver all of the latest news for The Bold and the Beautiful, Days of our Lives, General Hospital, and The Young and the Restless from January 6 – 10 and beyond.

Matthew Atkinson (Thomas) has been startling viewers with his portrayal of the unhinged Forrester and he’s startled even more people with his performance in the Lifetime thriller, Psycho Party Planner. It made its premiere last week. Meanwhile, Denise Richards (Shauna) has gone to Spain to shoot the series Resplandor y Tinieblas. Get all the details before watching Shauna get a slap from Brooke in this week’s spoiler video in Soaps.com’s The Bold and the Beautiful news room. Then learn what Candace thinks of the latest controversy as Thomas started to sound almost like the voice of reason, Liam continued his endless flip-flopping, and tries to make sense of Brooke’s latest maneuver in the Bold and the Beautiful blog.

Congratulations go out to Melissa Reeves (Jennifer) and her husband Scott Reeves (Steven, General Hospital), who are expecting their first grandchild. In more celebratory news, NBC chairman Paul Telegdy officially confirmed for reporters that Days of our Lives would be coming back for its 56th season. Revisit a bit of that long and rich history by reading about five pivotal moments in Steve and Kayla’s story, including proposals, explosions, and acts of courage. Marie Wilson returns to Days of our Lives as Maggie’s daughter, Summer Townsend. Another familiar face will also be back in Salem as George DelHoyo returns to Days as the villainous Orpheus. You can find even more casting information and catch up with the latest recap of the digital series Last Blast Reunion in the Days of our Lives news room. In the most recent episode, Jan continued to wreak havoc, while, in this week’s spoiler video, Will remained in prison and was visited by the dead Adrienne. And Christine wonders how Stefano feels about being in Steve’s body, Rafe being a lunkhead, Nicole getting her gumption back, and Victor’s stroke in her Days of our Lives blog.

We bring you all of the latest information about who will be on and off the canvas for this winter in our General Hospital news room. Meanwhile, former cast member Kimberly McCullough (Robin) directed an episode of Carol’s Second Act which aired last week. Get a glimpse at what’s been happening to the people of Port Charles with the latest spoiler video, including Ava looking forward to getting her revenge. And Dustin is on vacation so Lori fills in to give her thoughts about the war between Nikolas and Valentin, and Laura lashing out at her son but has no idea what Gladys is up to, and thinks Brad needs help in the new General Hospital blog.

Mark your calendar. You’ll be able to catch Robert Adamson (Noah) in the new Lifetime thriller Who Wants Me Dead? When it airs later this week. Get the date in our The Young and the Restless news room. In more good news, Jason Canela (Arturo) shared the fact that he is now engaged to his girlfriend, Brazilian model, Janaina Reis. Look at the photos he shared on his proposal before reading about Sharon’s breast cancer public awareness storyline and watching the related video. Finally, Candace shrugged through Chelsea and Adam’s scenes, Tessa and Mariah’s non-plot, the boring romantic quadrangle, but at least enjoyed Phyllis’ latest manipulations in her latest The Young and the Restless blog.

An Ultimatum & Medical Crisis in...