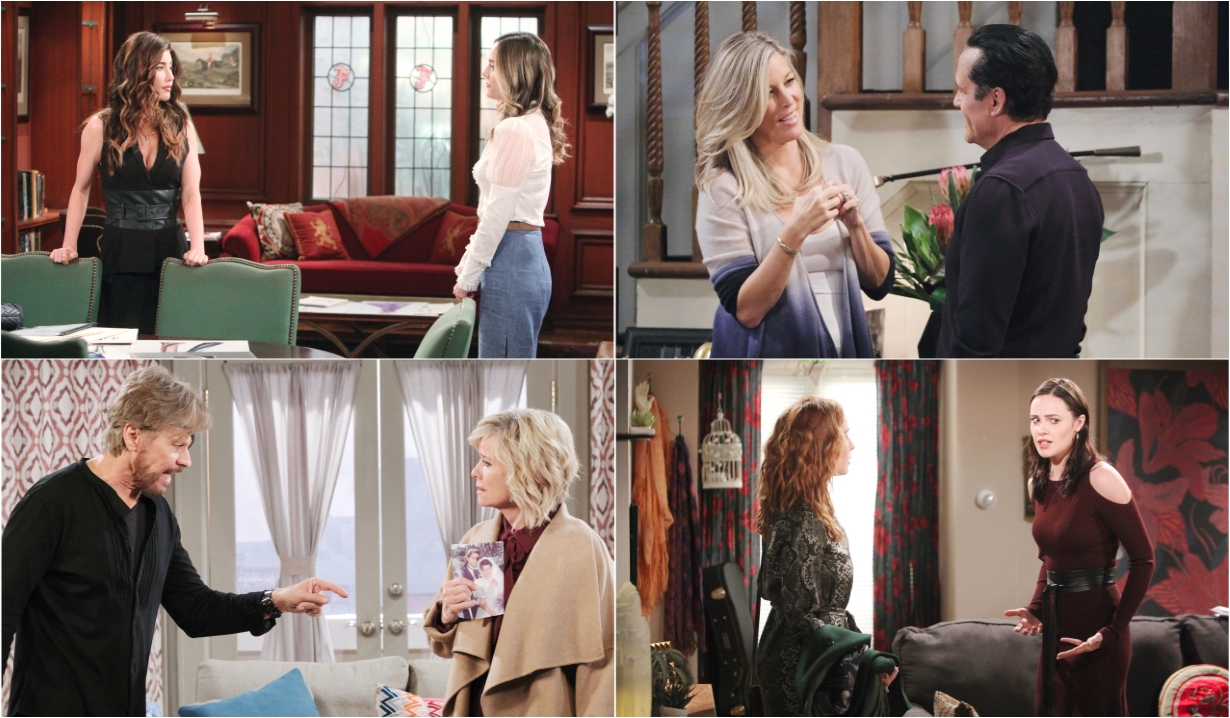 Soaps.com brings you the latest spoilers for the week of January 6 – 10 for The Bold and the Beautiful, Days of our Lives, General Hospital, and The Young and the Restless, plus Days and GH spoilers from January 13 – 17.

Steffy is momentarily distracted from the ongoing battle at Forrester Creations when the new man at the company makes a pass at her. This distraction quickly passes, and she gets back to confronting Thomas, this time about his threats to Liam. But nothing seems to be getting through to Thomas, who continues making threats. Liam throws himself at Hope and proposes to her, but there are some serious strings to his offer. Thomas decides to use Steffy to drive a deeper wedge between Liam and Hope. After a rocky week of ups and downs, an emotionally distraught Hope makes a choice that could cost her more than she’s aware of. Meanwhile, Ridge is still thinking that Steffy and Liam should be together. Brooke wonders if he feels the same way about them. That could get complicated when Thomas turns his sights on them. Read Soaps.com’s The Bold and the Beautiful spoilers to see who is manipulated.

Kayla is eager to get answers from Steve about the woman who he claims to be in love with. Steve’s answers aren’t exactly comforting. The same can be said when he’s questioned by Jack, who can’t get over how strange he is acting. Meanwhile, Gina can hardly contain herself as John drills her about her relationship with Steve. Victor does a lot more than squirm when Ciara confronts him. He winds up in the hospital and she is soon facing the blame for his possible demise. Across Salem, Kristen uses Gabi as a pawn in her scheme and Nicole continues to goad her. Brady agrees to go along with Nicole’s plot to get back at Kristen, who has more to worry about than them when Stefano shows up and questions her loyalty. Read the Days of our Lives spoilers to discover what Kate warns Will about.

Nina needs help and she thinks that Maxie is the right person to give it to her. After all the recent chaos, Valentin remains confused. This also means he’s angry and this could be bad for an increasingly edgy Peter. Will Anna manage to help him out of the trouble he’s in? While Laura continues to worry about the mess around Wyndemere, Alexis is worried, and somewhat repelled, by the way that Sam has been acting. As Jason turns to Robert for some help, Carly continues to find her situation annoying. Michael is starting to worry more than usual about his parents and other problems, but Sasha is trying to be encouraging. Sonny strides off to confront Julian while Jason tries to cut a deal. With Julian now fearing for his life, Ava’s life is also about to take an abrupt turn. Take a look at our General Hospital spoilers to find out who is feeling frustrated.

It’s a week of dire warnings. The first comes from Nikki and the second from Victor. The mustache warns Adam while Billy is receiving a warning of his own from Victoria thanks to his latest shenanigans. Billy mopes off to bend Chloe’s ear about his problems while Victoria discovers something that leaves her shocked. Over at Jabot, Theo continues to get under Summer’s skin while Jack’s attempt to support the newest Abbott falls apart. Mariah worries that her love life is about to fall apart again. Rey seems to be worried that his romantic life is also headed for some choppy water. He notices that Sharon isn’t seeming herself. She’s busy getting nostalgic with Nick when she isn’t receiving some disturbing news. Meanwhile, Phyllis tries to talk to Nick but still has time to stick it to Abby. Visit The Young and the Restless spoilers to learn what Devon makes a confession about. 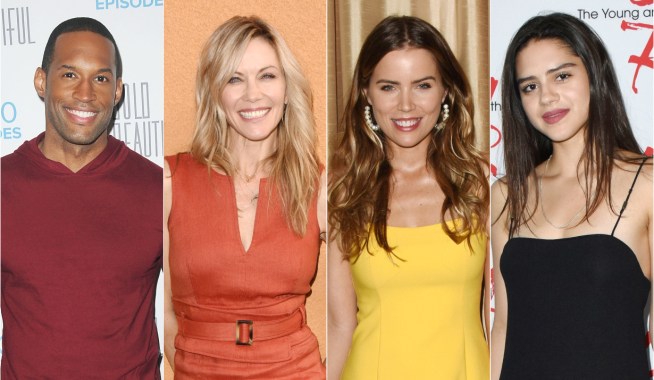 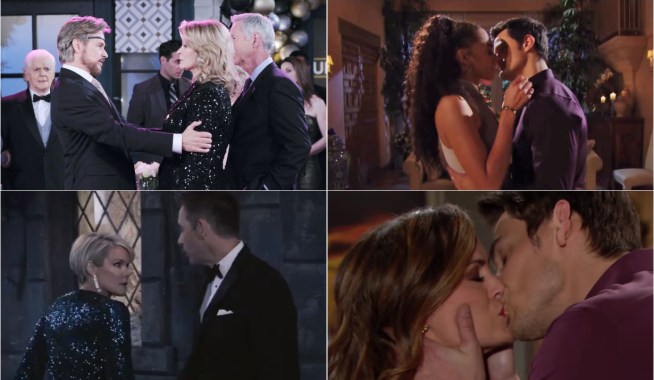