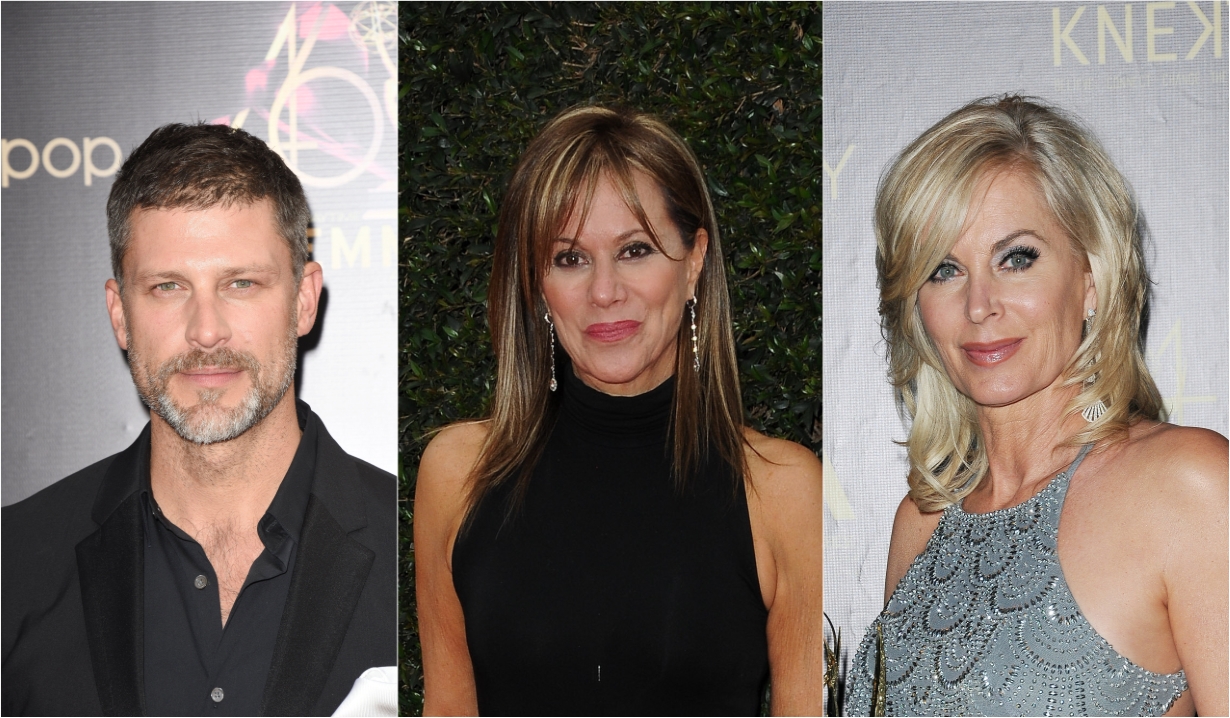 Stay on top of everything that’s been happening with the latest news as Soaps.com brings you updates for The Bold and the Beautiful, Days of our Lives, General Hospital, and The Young and the Restless from December 23 – 27 and beyond.

Visit Soaps.com’s The Bold and the Beautiful news room to watch the latest spoiler videos, including Thomas’ attempts to convince Hope that he isn’t obsessed with her, and Ridge’s offer to revive his marriage to Brooke. And Candace thinks that Thomas has become more caricature than character, doesn’t know what to hope for, but is looking forward to the fashion showdown in the Bold and the Beautiful blog.

Greg Vaughan (Eric) wasn’t only celebrating Christmas last week. The actor also announced his engagement to actress Angie Harmon and posted photos of them and their large blended family. Find out when you can see Lucas Adams (Tripp) and Paige Searcy (Jade) in the Lifetime movie, Gone, Daughter Gone when it airs in January in the Days of our Lives news room. Then read our recap of the latest episode of the Days digital Last Blast Reunion series as Shawn catches Belle in bed with Philip. And get a glimpse at what’s happening in Salem for New Year’s as Steve goes public in the latest spoiler video. Lori fills in for Christine this week to talk about Xander deserving better than he’s getting, Will’s uncomfortable relationship with Ben, Hattie getting between John and Marlena, and what problems might face Evan and Sonny in her Days of our Lives blog.

Just in time for the holidays, Jane Elliot returned to General Hospital as Tracy Quartermaine. After you’ve checked out some more casting news, check in with Sean Blakemore (Shawn), who is currently in pre-production for the upcoming film A Love to Die For. Fellow alum Ryan Paevey (Nathan) is also keeping busy. Soaps.com took viewers behind the scenes for his latest Hallmark movie Matching Hearts. Jamie Ray Newman (ex-Kristina Corinthos) and her husband Guy Nattiv welcomed their second daughter while her former onscreen mother, Nancy Lee Grahn (Alexis) announced that she will be getting married for the first time. Get the details in our General Hospital news room, along with the latest spoiler videos. Plus, Dustin thought highly of the Christmas episode, wishes Mike would get one more happy episode, and was surprised by Sam’s parole in the General Hospital blog.

Eileen Davidson returned to Young and Restless for a few special holiday episodes as Ashley Abbott. Billy makes a major confession in the latest spoiler video and Robert Adamson (Noah) will be starring in the Lifetime thriller, The Daughter Stalker. Read all about it in our The Young and the Restless news room. Finally, Candace is critical of the lack of drama, snoozed through a lot of the holiday festivities, but was relieved by Faith’s energetic return in the latest Young and the Restless blog.