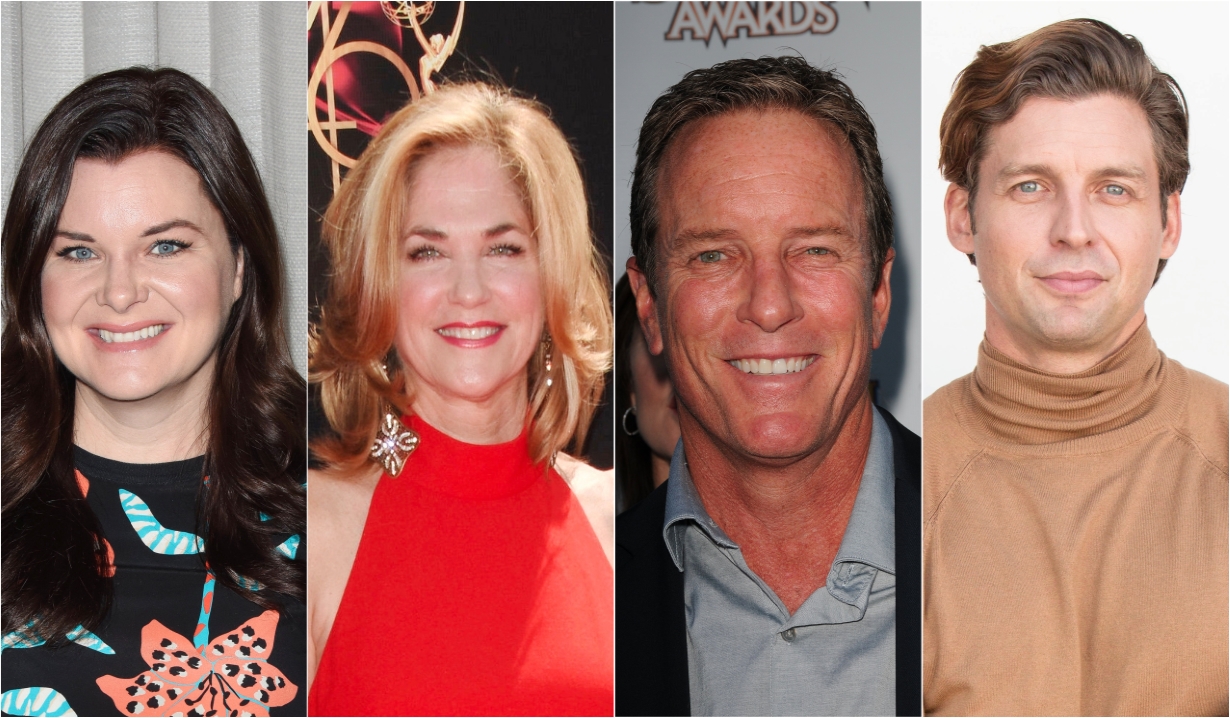 Soaps.com keeps you informed as we bring you the latest news for The Bold and the Beautiful, Days of our Lives, General Hospital, and The Young and the Restless from December 16 – 20 and beyond.

Fans of Heather Tom (Katie) will be able to see her in a new role. The busy actress and director has been cast in the upcoming drama Rule of Thirds. Meanwhile, Denise Richards (Shauna) will be co-starring with Kelsey Grammar in the heist thriller, Money Plane. Richards also revealed that she had undergone emergency surgery for four hernias a few months ago. Former cast member Sean Kanan (ex-Deacon) is starring in the new Amazon Prime series Studio City as an actor playing a doctor. Find out which other familiar soap opera actors are appearing on the new series in Soaps.com’s The Bold and the Beautiful news room. Then learn how Wayne Brady (ex-Reese) surprised viewers as he won the second season of the reality show/singing competition, The Masked Singer. And Candace is still getting some kicks from all the focus being on Thomas but thinks it’s getting too narrow, the fashion designing plots make little sense, and wonders if something sinister is on the way in the Bold and the Beautiful blog.

With her storyline at an end, Kassie DePaiva exits Days of our Lives as Eve Donovan. Get even more casting details as we take a look at the latest auditions and upcoming roles for spring in the Days of our Lives news room. Then join us to count down the top 5 moments of Jen Lilley’s (Theresa) Hallmark movie, Angel Falls: A Novel Holiday. Find out how Réal Andrews (ex-Hal) dealt with his recent cancer surgery and then read the recap of the latest episode of the web series Last Blast Reunion, featuring the apparent demise of one major character. After you’ve watched this week’s spoiler video about Kayla spotting Steve at the hospital, Christine catches you up on what we have learned since the big time jump, including the dead baby, the post-partum depression, Marlena’s trip overseas, Xander becoming a CEO, the increasing prison population, all the SORASed children, and Will causing Adrienne’s death in her Days of our Lives blog.

Anthony Montgomery (Andre) has landed a new role. The actor has been cast as a recurring character in the second season of BET’s Family Business. Find out more in our General Hospital news room, where you can also get a look behind-the-scenes with Kimberly McCullough (Robin) as she directs the twelfth episode of the Fox drama Almost Family. Meanwhile, Hudson West (Jake) has been busy with projects outside of his appearances in Port Charles. West was cast in the anthology series Like it was Yesterday and is part of the Netflix animated Christmas film Klaus. Also keeping active, Colby Ryan McLaughlin (ex-Shiloh) will be seen on CBS’s Hawaii Five-0. Take a look at the action ahead with the latest spoiler video before learning why Dustin is relieved Franco is back, thinks Valentin is on the way to a bad 2020, and that Ava was amazing in the General Hospital blog.

Chase Coleman’s been cast on Young and Restless as recording artist Tanner Watts. Former castmember Linden Ashby (ex-Cameron) is directing and co-starring in the Lifetime Movie Network thriller, Escaping My Stalker. Meanwhile, the same network will also be showing The Wrong House Sitter, featuring Vivica A. Fox (ex-Stephanie) and David Lago (ex-Raul). Several soap opera alums will be appearing in the pilot for Stripped, which was created by Marc Clebanoff and the late Kristoff St. John (Neil). Learn who in our The Young and the Restless news room where you can also learn about the cancellation of Alyvia Alyn Lind’s (Faith) Netflix series Daybreak before getting a reminder of 15 things to know about her Genoa City character as she comes back to town for the holidays. We also have a list of things worth knowing about Fenmore Baldwin as he returns and details on Donny Boaz’s (Chance) appearance in an episode of the Starz stripper series P-Valley as well as several other projects. Finally, Candace is getting sick of the constant disappointments, particularly the boring scenes between Billy and Amanda, Kyle and Theo’s whininess, and Phyllis’ outrage in The Young and the Restless blog.