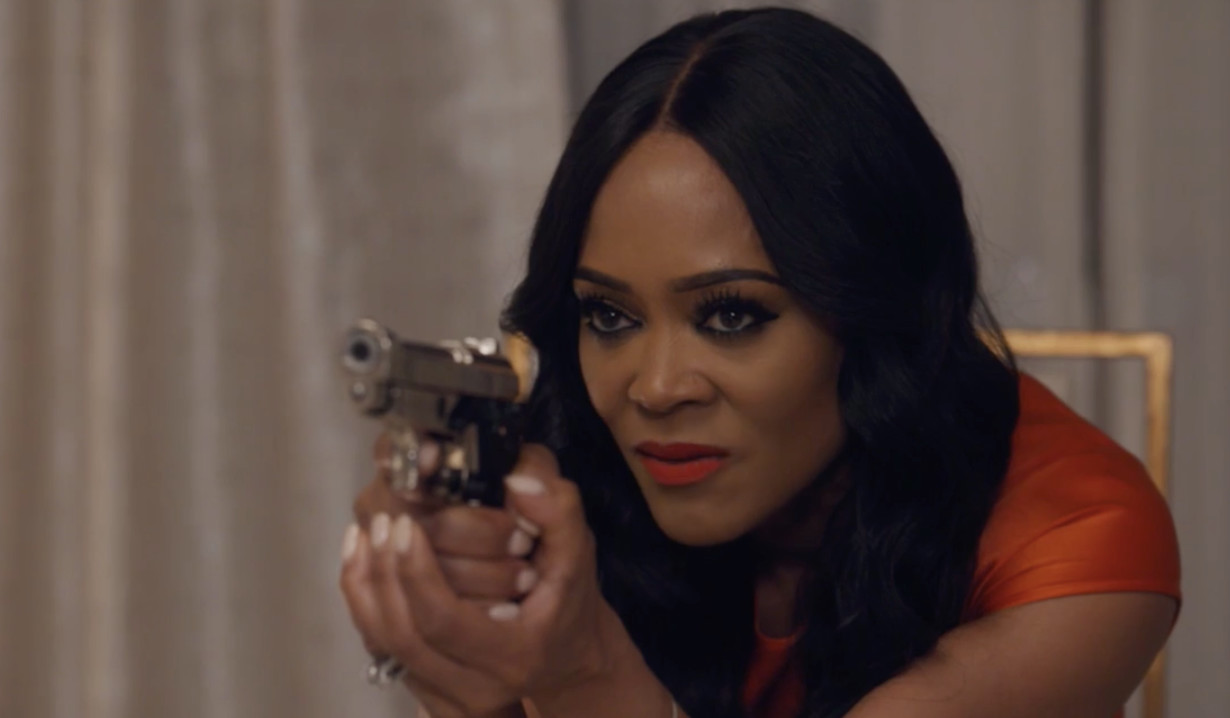 In last week’s Ambitions recap, Titus was hit by a car while Stephanie blackmailed her father into retiring and confronted Bella over her affair with Evan. This week, Soaps.com has the season one finale recap where tables are turned and more than just Titus’ life is in danger. 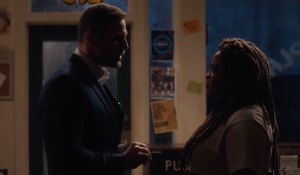 Darcia and Greg saunter into Thelma’s Place. Darcia announces experts confirmed Senior was in his right mind when he revised his will allowing her to take control of her shares in the diner. Since she couldn’t sell the diner outright without Rondell and Evan’s approval, she sold her shares to Greg. After heated words are exchanged, Rondell spits at a smug Greg, who issues her a warning.

Evan comes home to Stephanie, who fires a bullet into the wall by his head. She knows about Bella and Joaquin. She declares their marriage over, but he reminds her of their end game. She doesn’t need him to achieve her goals, but he does need a Carlisle’s backing to become Georgia’s first black governor. When he says their marriage means more to him than that, she asks him to prove it by signing over his Bella Tru shares. He can’t do that. “Divorce it is then,” she says and walks out of the room. She stumbles and tries to stifle her sobs as she heads up the stairs. 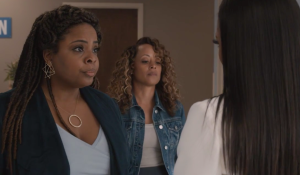 Amara waits in the hospital as Titus has emergency surgery. She answers Titus’ phone to Rondell looking for legal advice. Amara tells her about the accident. Rondell beelines it over with a bag of necessities. The surgeon walks out to tell Amara Titus is recovering, but he’s not out of the woods yet. Amara goes in to see him. He’s groggy but says it wasn’t an accident before he goes into distress. When Amara returns to Rondell in the waiting area, she finds Stephanie there. Amara blames Stephanie for Titus’ condition because she brought Damian to Atlanta. Stephanie vows if Damian hurt Titus he will get what’s coming to him. 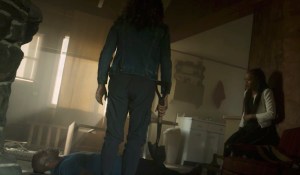 Damian is grabbed from his car and left alone tied up in a cabin. Stephanie enters and orders Damian to hand over the videos he has of her as she repeatedly zaps him with a taser. Amara, who followed Stephanie, enters and orders her to stop. She starts to call the cops, but Stephanie stops her. Damian gets free and throws Stephanie against the wall and chokes her. Amara hits him over the head with a shovel. Blood pours from Damian’s head as he falls to the floor. Stephanie feels for a pulse and tells Amara he’s dead. A shaken Amara again wants to call the police, but Stephanie convinces Amara to leave. She calls Rashid to clean it up. When Rashid arrives later at night, the cabin is empty. As he leaves a message for Stephanie, Damian comes up from behind and knocks Rashid out with the shovel.

After confrontations with both Irene and Stephanie over his retirement, Stephen pays Evan a visit in his office. He tells his son-in-law Stephanie is cheating on him with Greg. Stephen wonders what the two of them will do to put Stephanie back in her place. 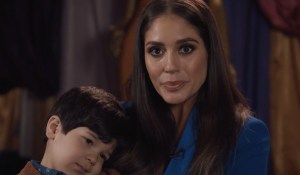 Later, Bella and Evan lounge on the couch in her loft. She says she’s thinking of moving to New York City. He won’t let her take his son out of Atlanta, but she’s worried Stephanie will keep coming after her. Evan insists he can handle his wife. That night, Bella does a TV interview from her loft about being a leading mover and shaker in Atlanta. She introduces Joaquin on-air as Mayor Evan Lancaster’s son.

After the board has removed Hunter from his position at Purifoy, Lori finds him drunk in his office. He blames Stephen for ruining his life and slips out. 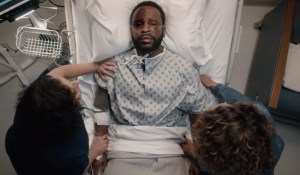 Back in his hospital room, Titus tells Amara it wasn’t Damian who hit him as he starts to seize. Amara yells for help. A team rushes in to work on him, as Amara wails. He flatlines as the team continues to try and save him. 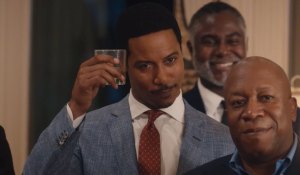 gathers the crowd to reveal he has brought mogul Marvin Barnes and his wife Marilyn on as clients. The partners want him to handle the accounts personally, so he won’t be stepping down. Instead, Stephanie will so she can focus on her duties as Atlanta’s first lady. Stephanie shoots him daggers. In addition, she and Irene will be heading up the law firm’s foundation. Privately, Stephen tells his irate daughter that Evan assisted with his coup. Furthermore, if Stephanie uses the information she has on him or Marilyn he’ll take his whole family to prison with him. A disheveled Hunter enters. He yells at Stephen for destroying his company. Hunter pulls a gun and starts shooting. The guests scramble to take cover. Evan runs to protect Stephanie, as a security guard tackles Hunter. Bullets continue to fly.