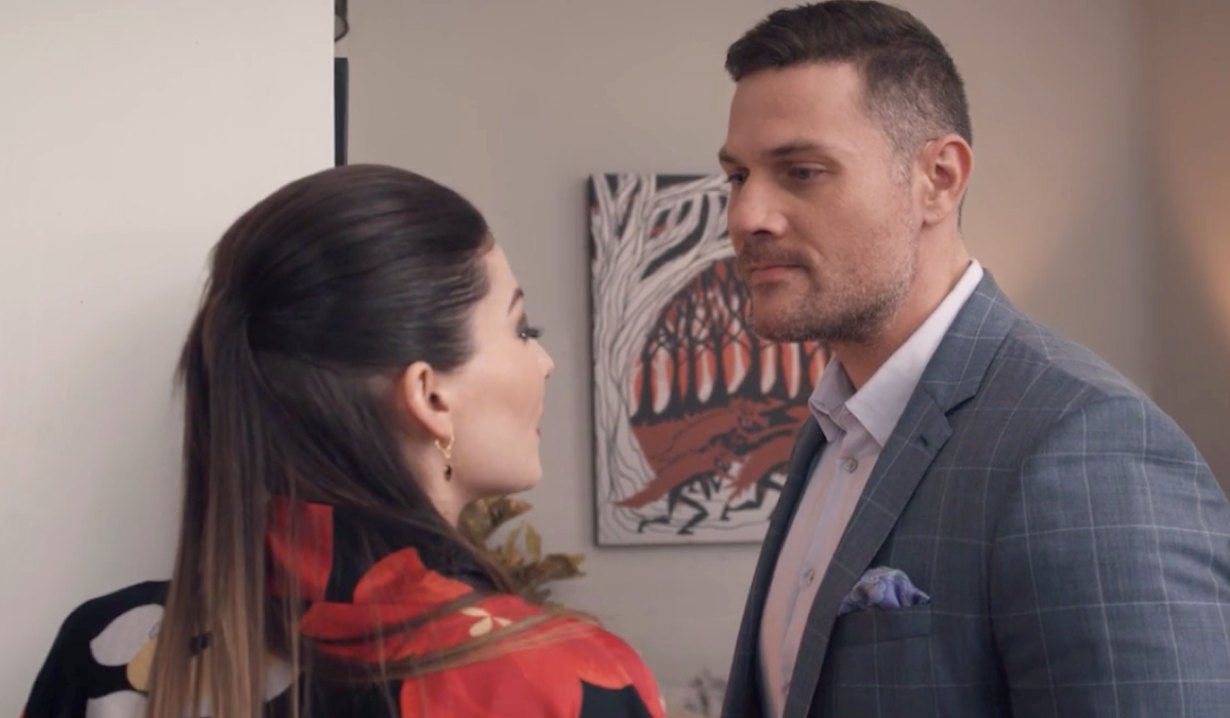 In last week’s Ambitions recap, Bella learned of Ignacio’s deception, Daphne agreed to give up Evan and Greg, and Damian planted a camera in Stephanie’s office. This week, Soaps.com has the latest recap where someone is stabbed, Titus and Stephanie settle the lawsuit and Greg takes what’s his. 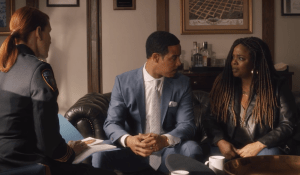 As Evan and Rondell discuss ways to contest Senior’s will in Evan’s office, the chief of police enters. She announces they’ve arrested a career criminal named Cairo Winston who confessed to killing Senior. The siblings believe he must be connected to Greg Peters somehow, but the chief says they can’t prove it. 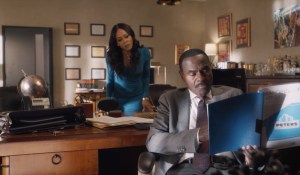 After Stephen assures Stephanie he will make sure Senior’s killer pays, Stephanie learns about Cairo Winston from Evan. She confronts her father in his office. Stephen admits he agreed to financially support Cairo’s baby mamas, courtesy of Greg’s father Novak Petrovitch, in exchange for the cancer-stricken criminal’s confession. Stephanie won’t let Natasha get away with killing her father-in-law. Stephen declares no one ever got to the top without getting blood on their hands. She retorts no one ever stayed on top letting their enemies go unpunished. 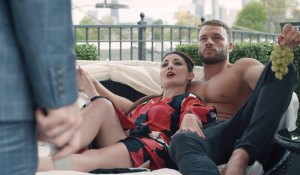 Greg comes home to find Natasha getting cozy with one of her lovers. He tells her to go back to Serbia because she killed the wrong family’s patriarch. She says, “Who says I killed anyone?” She reminds him his father put her in charge of this territory, updates him on someone confessing to Senior’s murder and promises he’ll be the first to know when she kills his precious Stephanie. When he is alerted to Stephanie’s presence at the door and orders her to leave, fearful for her life. Stephanie tells Greg to deal with his cousin or she will. 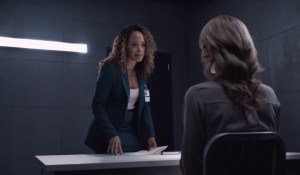 In an interrogation room, Daphne explains to Amara how Evan set up fake charities to pay off Herschel. Amara asks how Greg fits in. Daphne says, “He doesn’t.” Amara is livid, realizing Peters got to her. Daphne races to her car and calls Greg. She assures him she implicated Evan and left him out of it. She asks him to call off his cousin. Later at home, Greg informs Natasha he convinced his father to return control of the territory to him. He has his men take her away. 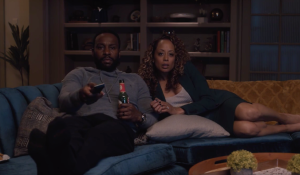 Amara returns home to Titus watching TV. She tells him about Daphne and worries she doesn’t have enough to indict Evan. They see Evan announcing on TV an internal investigation into the alleged crimes of Daphne Manning, who has been relieved of her duties until the Department of Justice investigation is concluded. Amara jumps up to call her boss. 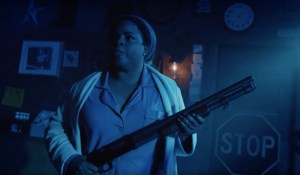 Rondell is woken up by partying going on downstairs at Thelma’s Place, which Darcia has turned into an after-dark place for gambling, smoking, and drugs. Rondell gets Senior’s shotgun and orders everyone out. Alone, Rondell confronts her cousin. Darcia reminds Rondell, neither she nor Evan was there for her in her time of need. Now, it’s her time to win. Darcia wants at least a million dollars to leave. 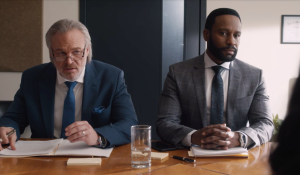 After Titus crossed Hunter by agreeing with the Purifoy board to settle the class action suit, an irate Hunter joins Titus to meet with Stephanie and Stephen at the Carlisle law office. Stephanie tells them they won’t accept less than five billion dollars. A livid Hunter points out that would bankrupt the company and assumes this is all because Stephen was canned as Purifoy’s first general counsel. Stephen declares Hunter and his father set him up for Purifoy senior’s crimes. Stephen recalls how he lost everything but he worked his ass off just to be in a position to destroy the Purifoys. Hunter will fight to his death if he has to, but he won’t settle. Titus says they have to settle – today. He instructs Hunter to go cool off. Stephen leaves as well. Titus and Stephanie hash it out until they settle on 2.5 billion dollars.

Greg pays Stephanie a visit that night in her office. He informs her Natasha was sent packing. She reminds him they’re from two different worlds, so they still can’t be together. She tells him to go, but he grabs her by the waist and asks if that’s what she really wants. She breathlessly says no and they start kissing. Damian watches from his laptop as they have sex. He chuckles and says, “Gotcha!” 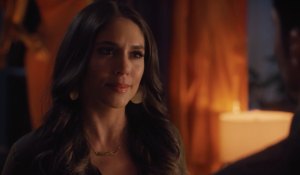 At her loft, Bella confronts Perla for telling Evan about Ignacio. She orders her to move out. Later that night, Ignacio stops by to talk business, but Bella knows his brother Martín is in charge. Ignacio tries to defend himself, but Bella tells him Martín backs her push for the airport concession. Ignacio thinks she’s making a mistake by partnering with his brother. It’s hers to make, she retorts and kicks him out.

Alix arrives at Perla’s place for sex. He reminds her as long as he’s kept happy he’ll stay mum about her involvement in Joaquin’s kidnapping. She becomes more willing, but when she gets on top of him, she grabs a pair of scissors from the nightstand and stabs him. Read on for Ambitions episode 17, where Titus is in danger, Damian blackmails Stephanie and more! 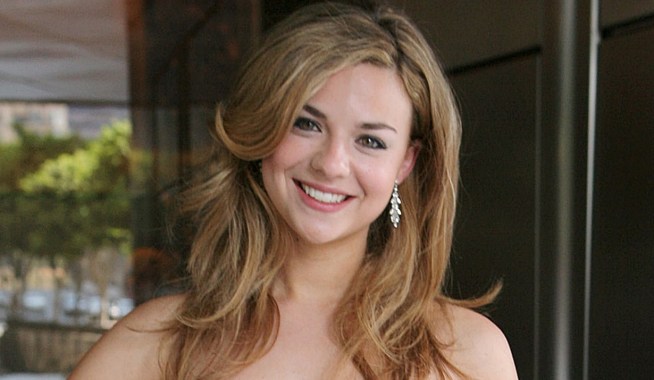 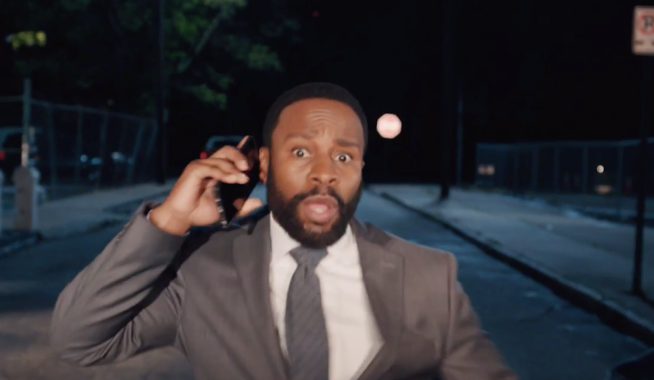