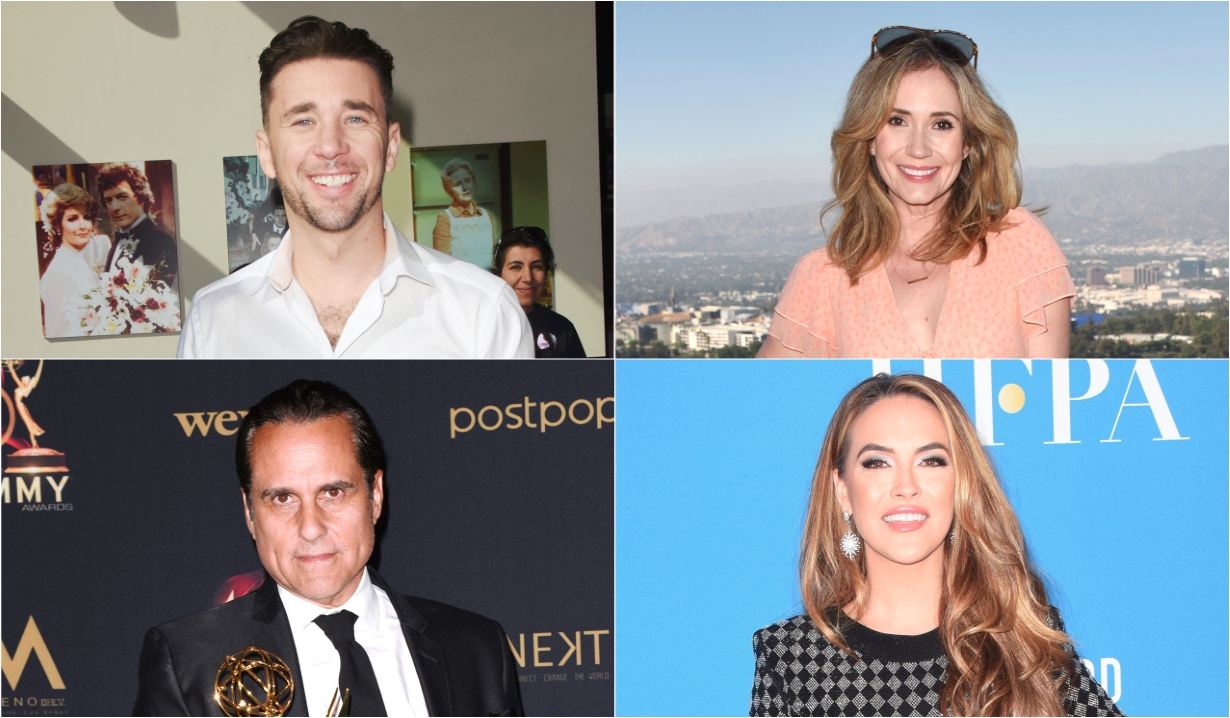 A concert, live performances, and an interview.

Soaps.com keeps you on top of everything in daytime as we bring you the latest news for The Bold and the Beautiful, Days of our Lives, General Hospital, and The Young and the Restless from December 2 – 6 and beyond.

In an exclusive interview with Ashley Jones (Bridget), the actress talks to Soaps.com about connecting to her audience and building an online community. She also discusses her possible return to General Hospital and her close relationship with her former co-stars in Soaps.com’s The Bold and the Beautiful news room. Get a glimpse of the home life of Darin Brooks (Wyatt) and his wife Kelly Kruger Brooks (Mackenzie, Young and Restless) with the latest photos they posted of their new baby and their pets. Watch the most recent spoiler video and then learn why Candace wasn’t finding a lot to be thankful for with the lack of holiday celebrations, but thinks things are looking up as Shauna pines for Ridge, and Quinn gets in the mix, although she finds Sally’s story contrived in the Bold and the Beautiful blog.

Things are usually pretty dramatic for Chad, but you can see the man who plays him, Billy Flynn, showing off a different set of skills as he stars on stage in the comedy, Disposable Necessities. Read all about the play involving digitized souls in new bodies in the Days of our Lives news room where you can also catch this week’s spoiler video featuring the latest action in Salem including the shocking sight that Eli is exposed to in a convent. Then catch up with a few former Salemites as we recap the newest episode of the digital series Last Blast Reunion, featuring more reminiscences from the storied pasts of Shawn, Philip, Chloe, Belle, and more. And Christine was feeling moved by all the drama, including Sonny’s loneliness, Xander’s unexpected vulnerability, Brady being the voice of reason, and is cautiously okay with Steve as Stefano in her Days of our Lives blog.

It looks like Alexis can breathe a sigh of relief as Michelle Argyris exits General Hospital as vengeful Kendra. We clarify the rumor that Parry Shen was exiting as Brad Cooper and remind you of 20 things you should know about his flawed character. We also have the release date and a trailer for Shen’s new thriller, Automation. Meanwhile, fans of Maurice Benard (Sonny) can see him in the trailer for his latest feature film, Hold On. Visit our General Hospital news room for five highlights from Ryan Paevey’s (ex-Nathan) latest Hallmark movie, Christmas at the Plaza. Discover when you can see Anthony Montgomery (Andre) in his upcoming guest spot on Magnum P.I., and then read what an expert told us about how plausible Alexis’ poisoning storyline was. We pay our respects to former General Hospital star Shelley Morrison (ex-Mrs. Ramirez), better-known to many viewers as Rosario Salazar on Will & Grace, who passed away recently. And watch Kathleen Gati (Obrecht), Sofia Mattsson (Sasha), Eden McCoy (Joss), William Lipton (Cameron), James Patrick Stuart (Valentin), Wally Kurth (Ned), and Josh Swickard (Harrison) performing holiday tunes in a special acoustic concert. Then Dustin is rooting for Valentin thanks to Nikolas, is looking forward to Ava and Nina getting some revenge, and appreciated pizza day at the Quartermaines in the General Hospital blog.

We count down eight characters who have recently sunk from scintillating to sleep-inducing in our The Young and the Restless news room. After learning who made the list and why, discover what Chrishell Hartley (Bethany; Jordan, Days of our Lives) had to say about her impending divorce from Justin Hartley (ex-Adam). And see who Donny Boaz (Chance) is playing in the new holiday movie, 12 Pups of Christmas. Finally, Candace thought the blackout was a washout, wonders what Amanda’s backstory is, and if Connor has a darkness inside in The Young and the Restless blog.