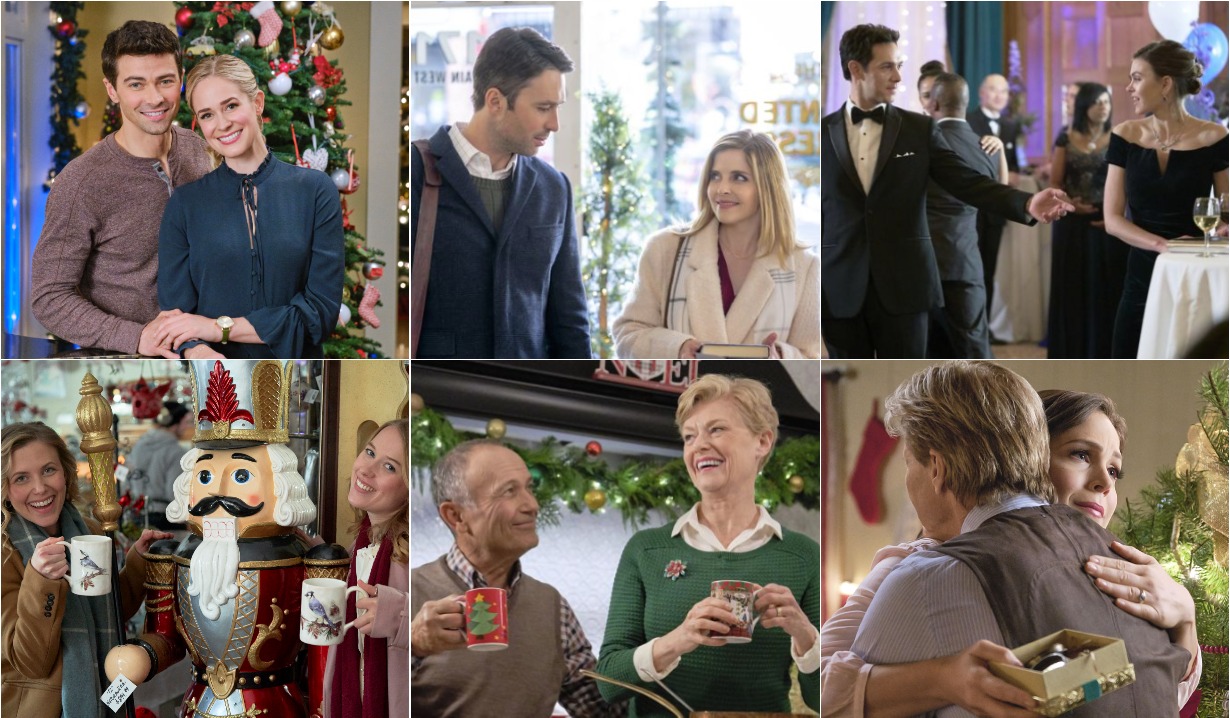 The final batch of Countdown to Christmas holiday movies.

In October Soaps.com brought readers the third installment of Hallmark’s Countdown to Christmas movie premieres, featuring soap opera stars from All My Children, Days of our Lives, General Hospital, Loving and Young and the Restless. We’re back with the last batch of holiday specials for the season, starring Bold and the Beautiful, Days of our Lives and General Hospital actors. Be sure to check local listings, as some titles and air dates could change.

Erica Deutschman and Chad Connell star as Lauren and James in A Cheerful Christmas. Lauren and her best friend Colleen think they have their dream job as personal Christmas Coaches, giving people the most magical Christmas ever. After Lauren meets the oldest son of their biggest client, the Anderson family, who just relocated from England, she has her work cut out trying to convince James to embrace the true spirit of Christmas. Tune in Sunday December 15 at 8:00 PM on the Hallmark Channel.

Another soap opera alum appears in Hallmark Movies & Mysteries’ premiere Angel Falls: A Novel Holiday starring Jen Lilley (Days of our Lives, Theresa Donavan) as Hannah and Carlo Marks as Ryan. Read a full synopsis in the link and be sure to watch the movie Sunday December 15 at 9:00 PM.

Eric Mabius and April Telek star as Gavin and Maureen in It’s Beginning to Look a Lot Like Christmas. When news of a New England Christmas decorating competition reaches the East and West Riverton mayors, the respective towns stop at nothing to make sure it’s theirs that wins. Tune in Sunday December 22 at 8:00 PM on the Hallmark Channel.

When Calls the Heart Christmas

Bold and Beautiful and General Hospital alum Jack Wagner is back, along with Erin Krakow, Pascale Hutton, Kavan Smith, Kevin McGarry, Paul Greene, Chris McNally, Martin Cummins and Andrea Brooks in When Calls The Heart: Home for Christmas. View movie details in the link, as well as twenty-eight photos and a sneak peek video for 2020’s season seven, and tune in Wednesday December 25 at 8:00 PM on the Hallmark Channel.

Aimee Teegarden and Michael Rady team up for the last holiday movie in the Countdown to Christmas event, New Year, New Me. A morning show producer (Teegarden) jumps on the New Year’s bandwagon and makes a resolution to say yes more. After she runs into a confirmed ‘Yes man’, it’s soon apparent he may hold the key to the biggest story of her career, as well as to her heart. The movie premieres Saturday December 28 at 8:00 PM on the Hallmark Channel.