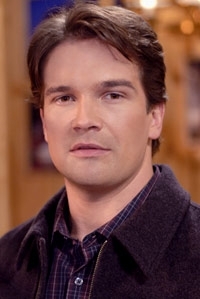 If you attended the November 2009 production of “Queen Bea: A Soapsical,” fans will have another chance to see some of All My Children’s and One Life to Live’s actors in February for another viewing!

On February 9 and 13, at 8:00 PM, at The Laurie Beechman Theatre at 407 West 42nd Street in New York City, New York, All My Children’s BethAnn Bonner (ex-Kat), as well as her former One Life to Live cast mates Bree Williamson (Jessica Brennan), Jason Tam (Markko Rivera) and Chris Stack (ex-Michael McBain) will be in attendance to perform!

To reserve your $20 tickets, please call 1-212-695-6909. Don’t forget to check our various soap opera News Rooms for other actor appearances.

How would you like to see a good musical comedy cast with a few soap opera stars? If you’re in the New York area, you’ll want to make plans to see “Queen Bea: A Soapsical!”

On Sunday November 1, One Life to Live’s Bree Williamson (Jessica Brennan), Mark Lawson (Brody Lovett) and former co-star BethAnn Bonner (ex-Talia Sahid, most recently Guiding Light’s ex- Natasha) will take part in the musical comedy, which will surround the rise and demise of a Daytime diva.

The show will take place at The Laurie Beechman Theatre at 407 West 42nd Street in New York City, New York at 8:00 PM and tickets will cost $15, to include a food and drink minimum. For more information on that, and to reserve your seats today, please call 1-212-695-6909.

Soaps.com hopes all of the actors have a fun time in this neat new production!