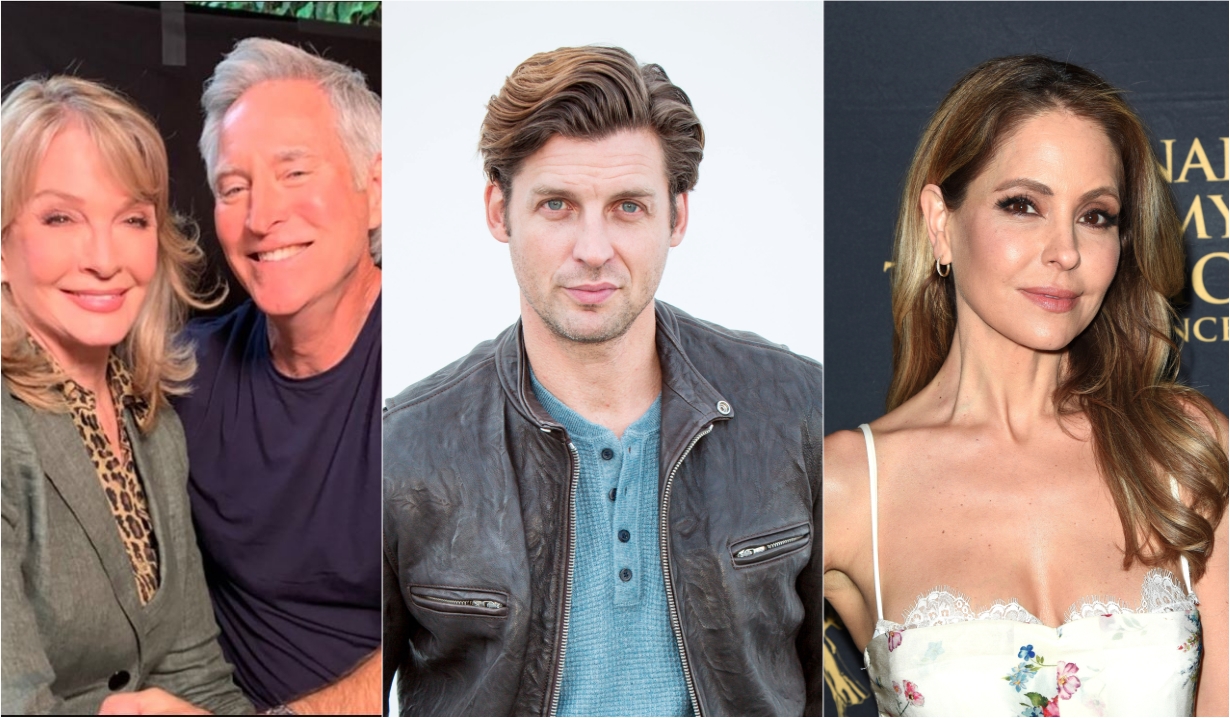 Soaps.com keeps you up to date with all of the latest news for The Bold and the Beautiful, Days of our Lives, General Hospital, and The Young and the Restless from November 4 – 8 and beyond.

Xander has not been seen much lately and that appears unlikely to change as Bold and Beautiful drops Adain Bradley to recurring as the character. Other things may be due to change as Patrick Mulcahey exits as one of the soap opera’s scriptwriters. Meanwhile, Katrina Bowden (Flo) is showing another different side of herself in the new shark thriller Great White. And viewers can see some familiar characters in a rather different context in a video sketch from The Late, Late Show with James Corden that featured Jacqueline MacInnes Wood (Steffy) and Denise Richards (Shauna) interacting with Sesame Street’s Cookie Monster and other iconic characters from the kids show. Watch it in Soaps.com’s The Bold and the Beautiful news room along with the latest spoiler video featuring Hope panicking about possibly killing Thomas. Candace isn’t predicting sunny days ahead for Ridge and Brooke, hopes that Shauna doesn’t become predictable, and doubts that Thomas is really dead in the Bold and the Beautiful blog.

Although his character is brain dead, it looks like Brandon Barash could return to Days, although it might not necessarily be as Stefan. Meanwhile, the big time jump will bring James Read back to Days as Clyde Weston. We have even more of the latest casting details in the Days of our Lives news room. Before taking a look at what’s ahead, we revisited a little of Salem’s past to relive some of the show’s greatest rivalries. Ron Carlivati defended the soap opera’s current ripped from the headlines revenge plot and we asked viewers why Ciara was finally willing to give up on Ben in our newest poll. After watching a trailer for Kyle Lowder (ex-Rex) in his new movie Mermaid for Christmas, be sure to look at all of our great Day of Days coverage including exclusive interviews and photos of much of the cast as well as a tantalizing teaser video about what’s ahead once the show has made its time jump. With Chad & Abby in Paris reaching its finale, we assess the series and its successes and disappointments before it sends the protagonists back to Salem. Plus, Christine weighs in on the three weddings, the three attempts on Jenn’s life by Princess Gina, Kristen unexpectedly doing a good deed, and Ciara’s apparent demise in her Days of our Lives blog.

We pay our condolences to former the Daytime Emmy winning General Hospital sound tech Christopher Banninger. He was married to The Young and the Restless actress Beth Maitland (Traci). Watch the promo for Lisa LoCicero in this week’s creepy episode of NCIS in our General Hospital news room. Meanwhile, Kimberly McCullough continues to keep busy behind the camera and has directed an episode of Carol’s Second Act. Take a sneak peek at the upcoming action in Port Charles with the weekly spoiler video before casting your vote in our poll about what Valentin wants from Nelle. Then read what Dustin had to say about Nelle’s nutty schemes, Nina duping Valentin, Tony appearing as a ghost, Brady out-wiling Julian, and Cassandra’s humorous escape in the General Hospital blog.

Donny Boaz joined Young and the Restless as the recast for Chance. Get to know more about the actor in our special feature on him before casting your vote on why Chance punched Cane. Read five special moments from Melissa Claire Egan’s (Chelsea) Hallmark movie Holiday for Heroes then watch the latest spoiler video featuring Simon pulling a gun on Adam. Former Adam, Michael Muhney is starring in a new short film, Sidepiece. Check out the trailer for the romantic comedy in our The Young and the Restless news room along with a behind-the-scenes look at Abby’s suite at The Grand Phoenix. Fans of Victoria Rowell (ex-Drucilla) will be happy to learn that her mini-series about the opioid epidemic, Jacqueline and Jilly, is now available in stores on DVD. And we pay our condolences to William Wintersole, who played lawyer Mitchell Sherman on The Young and the Restless for nearly a quarter of a century. Finally, Candace is finding it hard to stay awake for Nick’s campaign, reads the writing on the wall for a Chelsea and Adam reunion, and is not excited to see that Billy is headed for another breakdown in The Young and the Restless blog. 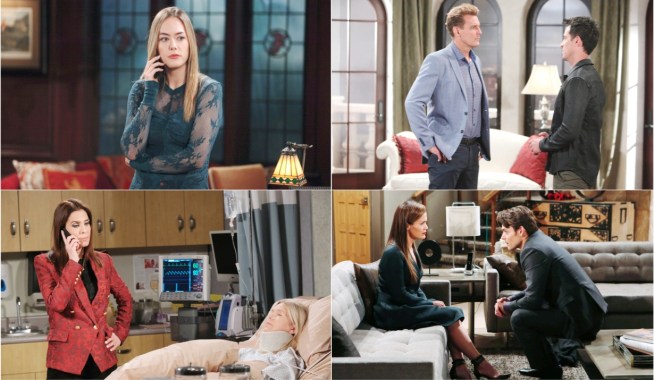 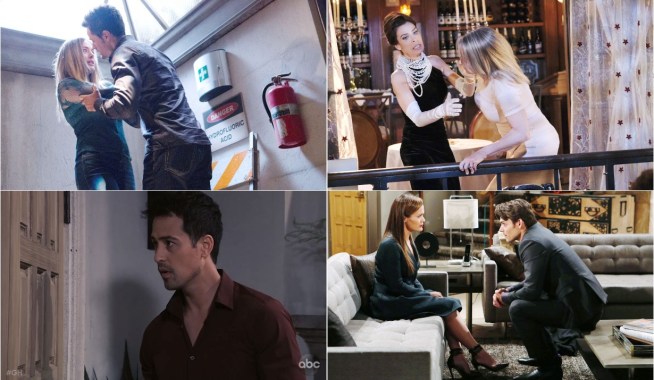