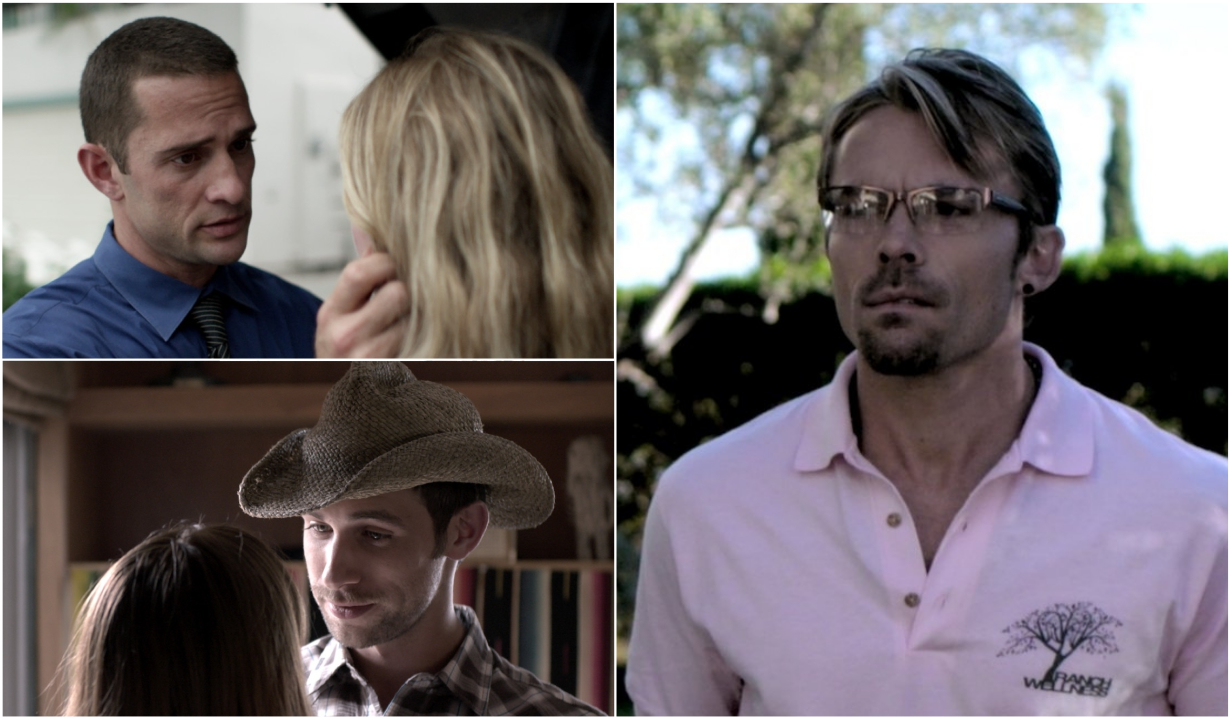 The short-form TV series Crazy Bitches mixes horror, comedy, soapy drama, and a few former soap opera actors. Written, directed and produced by Jane Clark, season one of Crazy Bitches surrounds a group of women gathering at a ranch to celebrate a birthday. While there, infidelity, betrayal, and murder, “committed on the basis of the vanity of the victims,” are revealed. Season one of the series stars Blake Berris (ex-Damian Spinelli, General Hospital; Nick Fallon, Days of our Lives), as a ranch hand who tries to make his way around the group of women, and David Fumero (Cristian Vega, One Life to Live), as  a man in a troubled marriage with one of the women on the trip. Season two finds friends gathering at a wellness retreat, where dead bodies start to pile up. John-Paul Lavoisier (Philip Kiriakis, Days of our Lives; Rex Balsom, One Life to Live) stars as a staff member at the spa, which welcomes the fictional soap opera actress Rhea Alcott Thomas. An upcoming third season will take place on the set of the soap within the soap As the Night Falls, followed by two more seasons to be filmed in 2020. Soaps.com talked about the series with Fumero and Lavoisier, who described Crazy Bitches as a little campy, a little scary, a little silly and very sexual.

As for how Fumero came to be in Crazy Bitches, he told Soaps.com, “I’ve known Jane for quite some time now. We worked on a short that she wrote and directed way back when I first came to LA. So when she told me about her project I was excited she thought of me. I trust her and think she is an awesome talent!” Regarding his character, the former One Life to Live actor explained, “This character I play is like a trigger to the ensuing madness that happens in season one. I thought it was hilarious how far my character went with his addiction and how it kinda justified the craziness that followed. Not that murder is a justification for anything, but in the spirit of this horror comedic series, it is fun and full of hilarity!” Lavoisier, who was connected to Clark through an actor from season one, said of his character, “I kind of just fall under the creepiness of it. I’m kind of just creepy. I have nothing to do with the horror or the sex. I’m just weird and goofy and creepy and questionable.” He also hinted that his character brings about some unanswered questions that he hopes prompts the audience to keep watching.

When it comes to continuing with the outlandish series, Fumero added, “I’m looking forward to jumping in on that fun again in season three. And can’t wait to see what Jane has in store for us!” Lavoisier, meanwhile, has been made aware of plans for his character in season four, but there’s been no word on the upcoming season. Since it’s set in the world of soap operas though, he expressed interest in being it. “I almost don’t even care how much work I have,” he said. “It would just be fun to be a part of that. For obvious reasons.” Stay tuned, as Soaps.com will be talking to Berris soon as well.

In addition to the soap opera alum, Crazy Bitches stars Candis Cayne (The Magicians), Guinevere Turner (The L Word), Cathy DeBuono (Star Trek: Deep Space Nine) and Mandahla Rose (Venice the Series). Clark has written, directed and produced several short films and features through her FilmMcQueen company. She is also an actress who appeared on Chicago Hope, Grey’s Anatomy and Private Practice. Crazy Bitches originally premiered at the Frameline Film Festival in 2014 and was distributed as a film in the U.S. in 2015. Both seasons of Crazy Bitches are available on DVD, Blu Ray, Google Play, iTunes and Vimeo on Demand. The first episode of both seasons can be streamed on the Crazy Bitches website for free. Watch the trailers for seasons one and two of Crazy Bitches below. 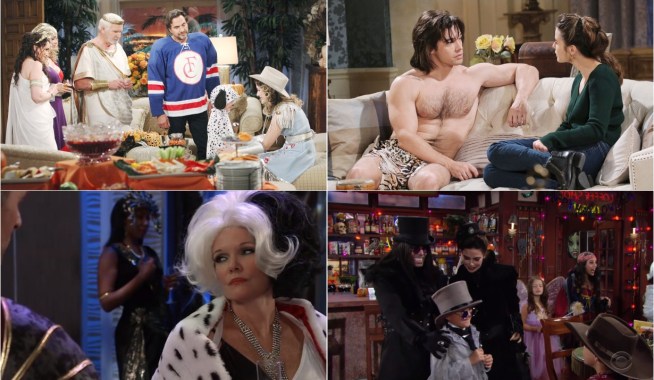 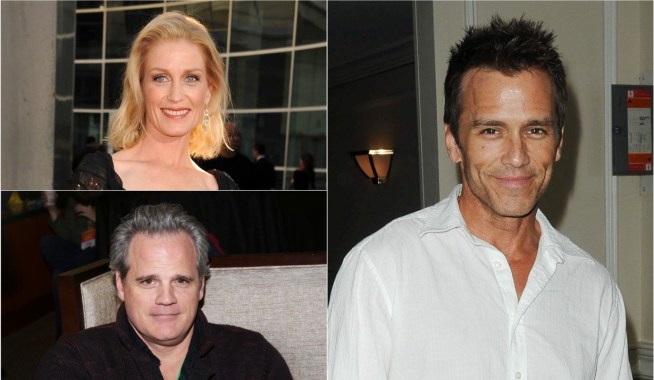