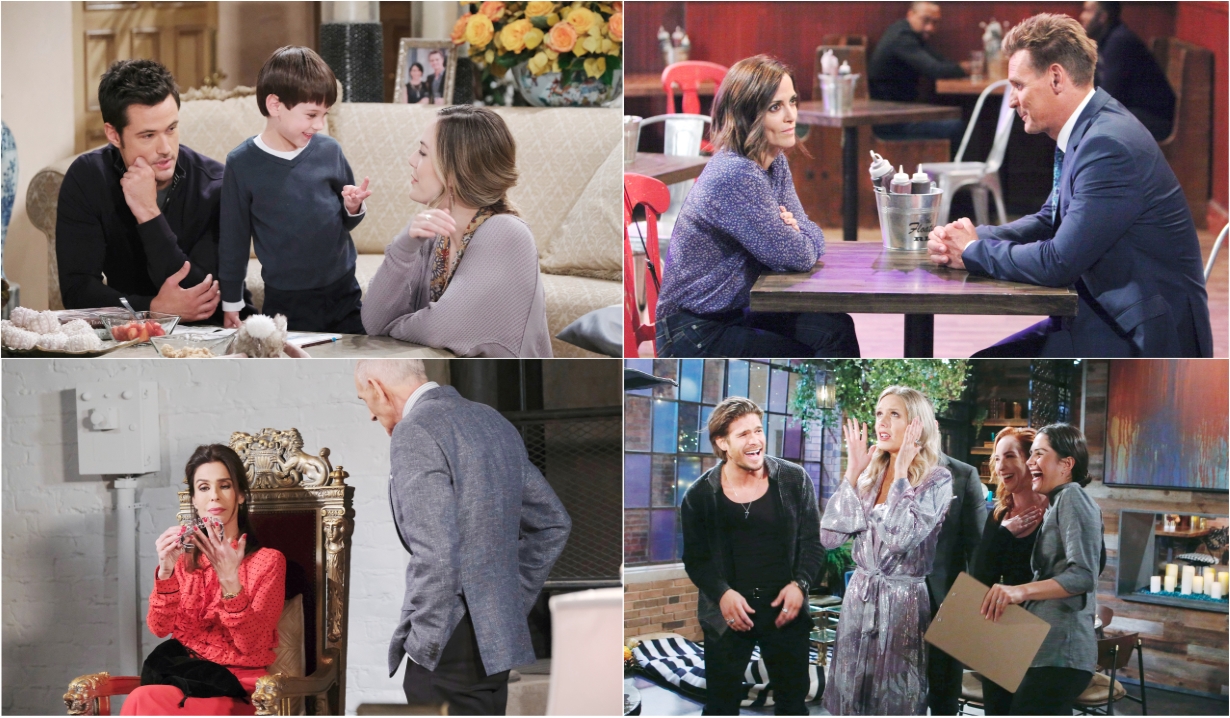 Shocked, worried, and getting worse.

Take a look at what’s ahead as Soaps.com bring the latest spoilers for the week of November 4 – 8 for The Bold and the Beautiful, Days of our Lives, General Hospital, and The Young and the Restless, plus Days and GH spoilers from November 11 – 15.

Hope’s attempts to manipulate Thomas into giving up control of his son start to get out of her control. When he tries making the moves on her, she has to think fast, but his romantic lines may trump her attempt to get him to sign the dotted line. If Thomas wasn’t enough of an adversary on his own, he has Douglas pulling out all the stops to play on Hope’s needs. Liam is also feeling that his needs require some play. Unfortunately for him, he notices that Steffy seems to be having her needs fulfilled by someone else. Meanwhile, Ridge opens up to Shauna about all the feelings that have been running around in his body. If they weren’t confusing enough on their own, they are competing with his loyalties to Brooke and their family. Those bonds are feeling challenged though as Brooke continues to push for Hope to gain guardianship of Douglas, much to Ridge and Steffy’s chagrin. Check out Soaps.com’s The Bold and the Beautiful spoilers to learn whose week suddenly gets worse.

It’s supposed to be a joyful time for Lani, but it winds up being very far from it. Gabi makes sure that Lani is suffering through her week. The cop gets pushed to her breaking point, and that could mean her breaking Gabi’s nose. Meanwhile, Marlena’s nose is out of joint about Sarah getting into a relationship with Xander. That pairing might not have much of a future in Salem if Nicole has anything to do with it. She debates with herself about whether she should tell Eric that his ex is carrying a baby. However, it’s what Kristen has to tell Eric that’s really likely to send him over the edge. While she deals with her complicated pregnancy, Eve tries to ruin Jack and Jennifer’s reunion. Pretty soon, it looks like Jenn could be heading for the morgue rather than down the aisle, at least if Princess Gina has her way. Read the Days of our Lives spoilers to discover who stumbles on something horrifying.

Things continue to deteriorate between Brad and Lucas as they realize that therapy can cause as many cracks as it heals. Lucas is hurling accusations at his husband who hightails it over to Julian to complain about the mess he’s made of his life. Julian has other family issues he has to deal with, which means his perpetually unhinged sister. Could it be Ava he is rushing to see when he has to visit the hospital? At least Valentin is feeling better. Maybe that’s why Cassandra is so paranoid and expecting the worst. While Nina pays Nathan’s grave a visit, Franco starts to figure something out about himself. It doesn’t appear to be anything that bodes well for Liz because the nurse’s life is going down the tubes. Across Port Charles, Finn is doing his best to avoid facing Anna with his news. The news for Alexis is not good. The lawyer’s decline accelerates, and things aren’t going well for Sam either. Take a look at our General Hospital spoilers to find out who Jax stops.

Chelsea’s ongoing battle with her own past continues as she tries to keep the wraps on her latest problems. Simon gives her a day to come up with the cash her dead husband owed him and she immediately tries to sell off her share of the Grand Phoenix, which raises a few alarm bells for Abby. Since this plan isn’t panning out quickly enough, she calls in Kevin and Chloe to find a more dangerous way to get Simon off her back. Across Genoa City, people’s lives are being upset in a very different way. Jack reveals the news about Dina’s child and what this could mean for the power balance in the Abbott family. Dina is shocked when she learns that Theo is a Vanderway, but it isn’t shock that Kyle is feeling. He starts issuing warnings about what a mistake it would be to bring Theo into the family fold, but it doesn’t look like anyone wants to listen to him. Visit The Young and the Restless spoilers to learn who is avoiding their past. 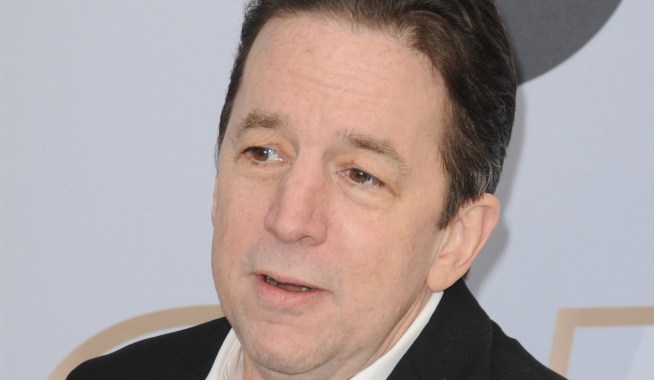 One Life to Live’s Brian Tarantina Dead at 60 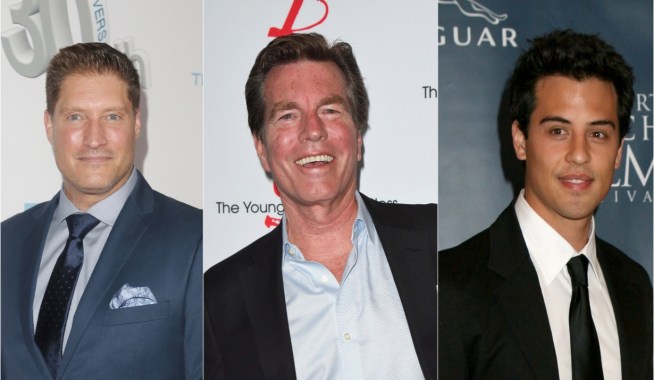